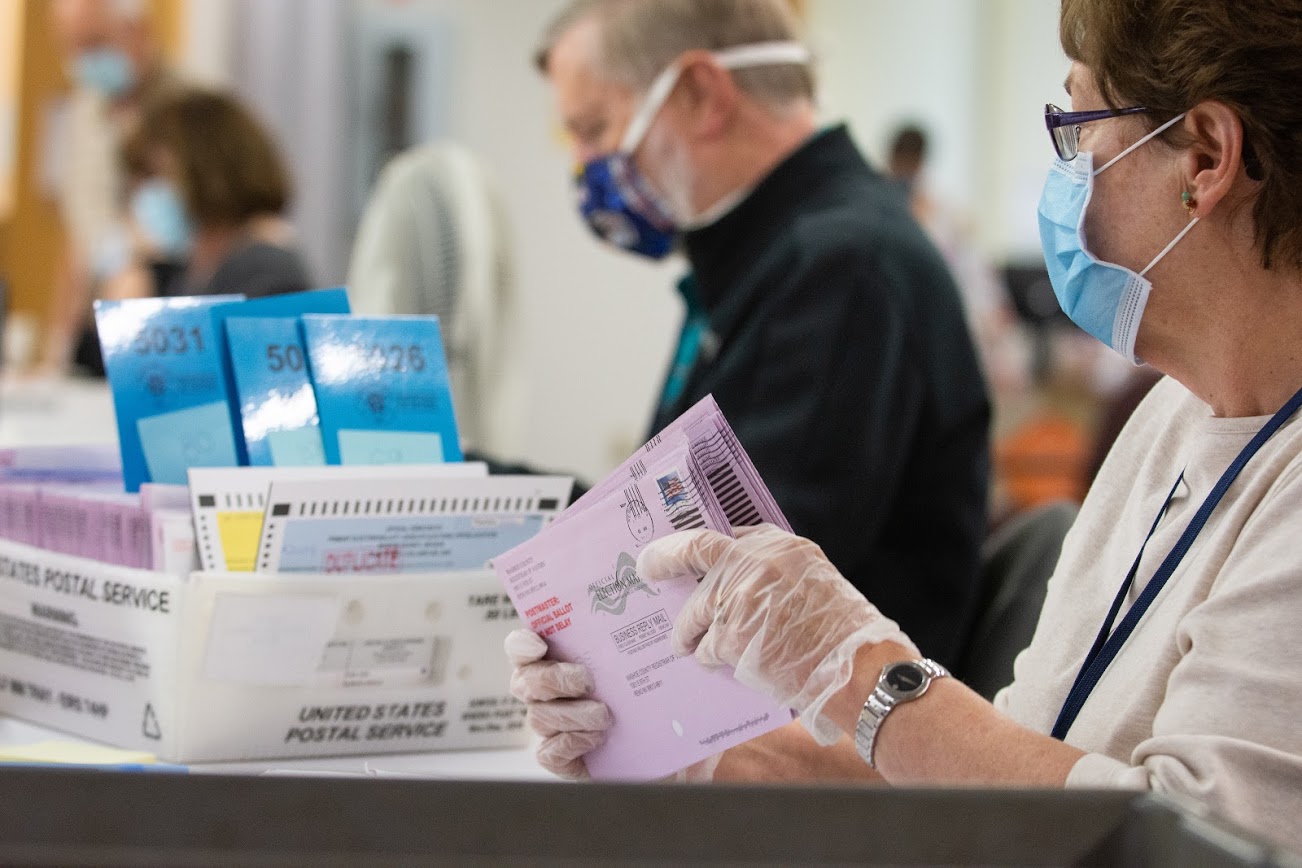 Washoe County commissioners announced Monday that a controversial proposal for major election changes requested by one Republican board member will not be heard at the commission meeting Tuesday.

Washoe County Commissioner Jeanne Herman requested the resolution on Wednesday. It proposed sweeping changes to the county’s election system, including a transition to almost all paper ballots and a measure to ensure Nevada National Guard members are stationed at each polling and ballot box location.

But commissioners pulled the item from Tuesday’s meeting agenda following legal advice from Washoe County District Attorney Christopher Hicks, who, in a statement released Monday, cited Nevada Open Meeting Law requirements as the reason. Hicks noted that Herman’s request for the resolution “did not go through the customary agenda review process.”

The proposed changes — which also called for all ballots to be counted by hand and continuously until counting was complete and for voter registrations and renewals to expire every five years — received significant backlash from voting rights advocates and Democrats, including Washoe County Commissioner Alexis Hill.

Hill previously told The Nevada Independent that she believed the resolution “tries to do several illegal things” and had attempted to prevent the item from being heard.

Kerry Durmick, Nevada state director of voting rights group All Voting is Local, characterized the resolution as “anti-voter” and said in a statement last week that it “would disenfranchise Washoe County voters.”

Last week, Herman told the Reno Gazette-Journal she requested the changes to address the concerns shared by members of the community at that meeting.

“We did a lot of research with a wide variety of people … to improve the ability of people to vote,” she said. “And we needed to know we weren’t breaking any laws, and there was nothing against what’s in the United States Constitution.”

Herman added that the governor would have to approve any decision to station Nevada National Guard members at polling locations.

Despite not being heard Tuesday, the resolution could be revived. Hicks noted that Herman’s request “​​may be resubmitted at a later date.”

Herman did not immediately respond to a request for comment about whether she would submit the resolution for consideration at a future meeting.