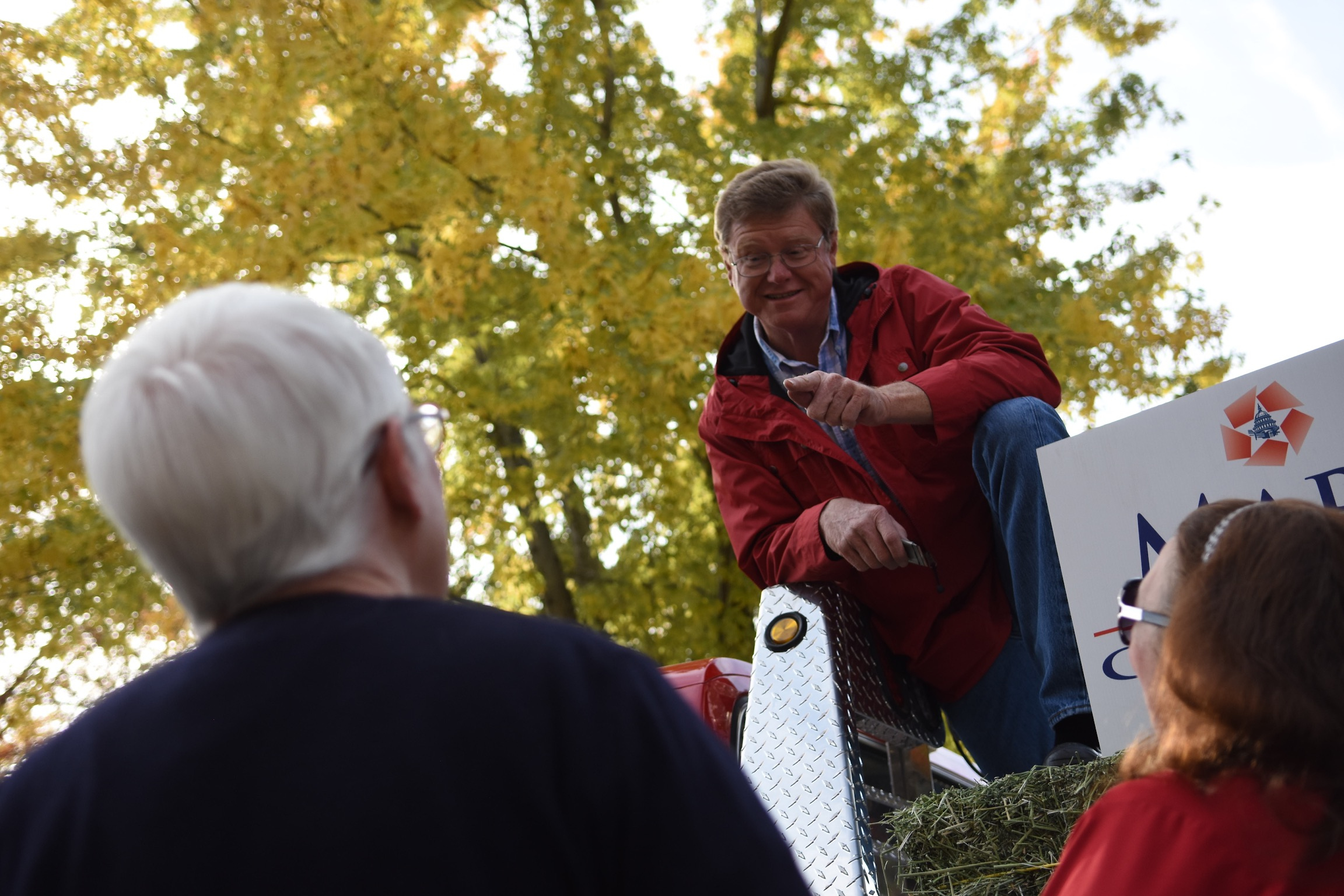 Rep. Mark Amodei (R-NV) defended his stance on immigration and his support for major budget bills, as Douglas County Commissioner Danny Tarkanian sought to undermine Amodei’s record in Congress during the first debate between the Congressional District 2 frontrunners.

In a televised debate published Monday on Nevada Newsmakers, Tarkanian accused Amodei of voting for policies that led to an influx of immigrants arriving at the country’s southern border, while Amodei blamed current border issues on “leadership on both sides” in Congress and said he supported merit-based immigration, specifically through the Farm Workforce Modernization Act.

Tarkanian also took issue with Amodei’s support for funding for border security in Middle Eastern countries (via his vote in favor of the $1.5 trillion omnibus bill), but Amodei responded by saying those comments indicated to him “a fundamental lack of understanding of what you have to do to try to be a world power and to protect your interests.”

Throughout the debate, Tarkanian asked voters who are unhappy with the performance of Congress to vote for someone other than Amodei, who first assumed office in 2011.

“The definition of insanity is doing the same thing over and over again and expecting a different result,” he said. “Well, Mark's been in office for 11 years, if you're not happy with what's happened over these past 11 years … you gotta be insane to vote for Mark again.”

But Amodei argued in favor of continuity, as debate moderator Sam Shad pointed out that the incumbent congressman could have the chance to chair a money committee in the House, while a freshman representative would not have the same opportunity.

Tarkanian criticized Amodei for receiving poor grades from conservative advocacy organizations including FreedomWorks, Club for Growth and the American Conservative Union, citing that as evidence that Amodei had “one of the worst voting records” out of all Republican members of Congress.

“If the viewers want somebody who [will] stand up for the conservative principles that all of you care about, then they should vote for me,” he said.

Amodei countered, saying that “East Coast groups are not the ones that elected me to this office.”

Tarkanian also attacked Amodei for voting in favor of a federal government omnibus funding bill that preserved funding for Planned Parenthood, saying primary voters should weigh in on whether it was appropriate for Amodei to vote in favor of spending “taxpayer money to fund the organization that commits the most abortions in the United States?”

Amodei said the funding came as part of reauthorization of the federal Violence Against Women Act, and his decision was to either vote for it or shut the government down, “which is apparently a concept that is not fully understood here.”

“Some days in this business, it's tough, and you have to make decisions. It's a value judgment,” Amodei said. “There was much more good in that. And quite frankly, nobody in a right to life sense got dinged for voting to reauthorize the Violence Against Women Act, which has been around for more than a little while.”

Many of Tarkanian’s attacks focused on the federal omnibus bill, as Amodei was one of only 39 House GOP members to support both portions of the spending package. After filing for the District 2 race, Tarkanian said Amodei’s vote inspired him to run. But during the debate, Tarkanian also pointed to other Nevada representatives bringing back more funding for local projects than Amodei through member-directed spending known as earmarks.

“I find it interesting when you sit there and talk about all the money we're spending, and then you turn around and criticize me for not bringing back more,” Amodei responded. “That's an interesting case of a bipolar complex.”

Amodei and Tarkanian are among five candidates in the running for the District 2 Republican primary election this June.