Nevadans in Congress secure $104 million for 64 road, school and other projects 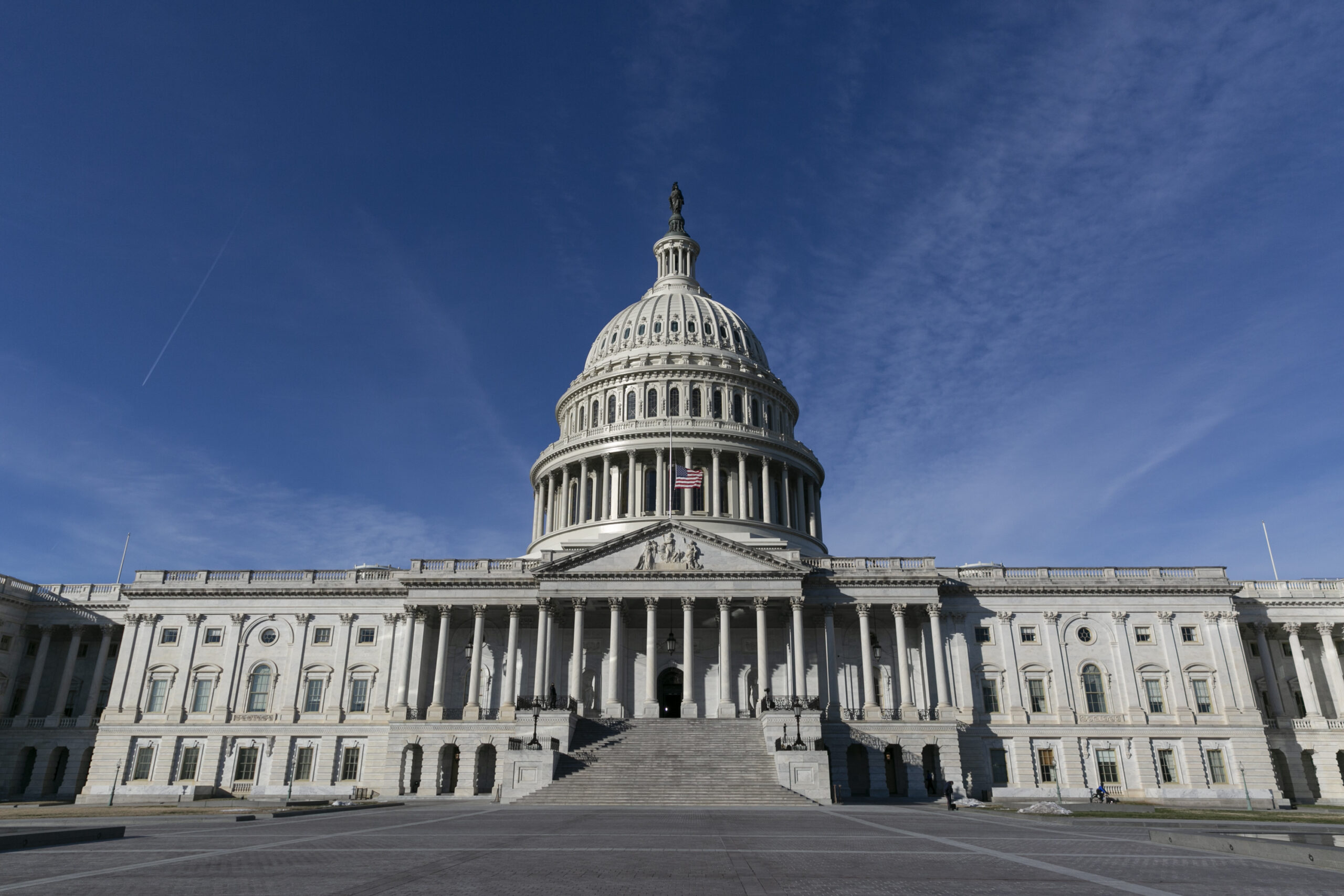 Nevada’s congressional delegation secured more than $104 million for 64 projects around the state, including $12 million for the Nevada Cares Campus homeless shelter in Reno, as part of the $1.5 trillion omnibus spending package Congress is expected to pass soon.

The House passed the package and a four-day stopgap spending measure Wednesday night. The current stopgap, also known as a continuing resolution (CR), expires at midnight on Friday. The extra time may be needed to ensure no funding lapse occurs as the omnibus works its way through the Senate. Senate Majority Leader Chuck Schumer (D-NY) said Thursday morning that he hoped the bill could be passed tonight. The package includes all 12 of the last fiscal year’s annual spending bills and $13.6 billion in aid for Ukraine, among other provisions.

The $12 million for the Nevada Cares Campus shelter was requested by Sen. Catherine Cortez Masto (D-NV) and Sen. Jacky Rosen (D-NV). The shelter request was the largest amount of member-directed spending, also known as earmarks, sought by any member of the delegation.

The funds will be used to expand upon the initial phase of the newly constructed shelter and include a day-use area, safe camping location, and internet and broadband infrastructure, according to a joint statement from their offices.

Opened in May and located in Reno, the 46,000 square-foot shelter was built to address a need for shelter space that would support safe, social distancing practices during the pandemic and to meet the needs of the region’s growing unhoused population. It has 604 beds and lockers and a temporary campground. In August, one-time costs for setting up the shelter and other services were estimated to be $38 million in 2022.

The term earmark is used to refer to the practice used by members of Congress to direct spending to projects in their state or district.

This year marks the first time Congress has used earmarks since the practice was banned beginning in 2011, when Rep. John Boehner (R-OH) first became House speaker following a few high-profile scandals, including the construction of a bridge in Alaska that was dubbed “the bridge to nowhere.”

But  earmark use has long had its proponents, including former Senate Majority Leader Harry Reid (D-NV), who passed away in December. He argued that, with the earmark ban, Congress relinquished part of its power of the purse to the White House, which would make those spending decisions at the agency level.

Reid even crossed President Barack Obama on the issue when the former president sided with newly elected Tea Party-backed House Republicans, who called for an end to earmarks.

Cortez Masto and Rosen requested funds for 52 of the projects totaling $93.8 million, according to a release.

Another allocation would fund the Central Ely Sewer Upgrade Project to improve and replace the main sewer line and manholes in Central Ely to bring them in line with modern standards. Cortez Masto and Rosen requested the funds.

UNR would use $3.1 million to establish a state toxicology laboratory. Nevada is one of two states without one, according to the offices of Cortez Masto and Rosen, who requested the funding. The laboratory would provide drug and controlled substance testing and staff would work with public health and public safety entities within the state. Currently, the state is served by three local-level laboratories, for which there is currently a five-month backlog for (non-alcohol) controlled substances.

Sparks would use the $3 million earmark to replace failed coating on the Truckee Meadows Water Reclamation Facility’s aeration deck, rehabilitate a secondary clarifier and improve communications. The funds would also be used to install a fiber optic connection between the reclamation facility and Sparks City Hall, creating a more secure connection and preventing outages related to high winds. The funds were requested by Cortez Masto, Rosen and Rep. Mark Amodei (R-NV).

UNR’s earmark for the lab was the largest amount going to any of the state’s universities, and it was the only one UNR received. UNLV received four earmarks totaling more than $4.5 million, all sought by Cortez Masto and Rosen.

The largest was $2 million for the UNLV School of Dental Medicine to fund the creation of an outpatient dental clinic devoted to patients with advanced care needs. Another $1.56 million would be used by the UNLV School of Medicine to procure two mobile clinics to expand care to the medically underserved in the community.

UNLV will also receive $550,000 to obtain a scanning electron microscope to provide high-resolution images for rapid assessment of the characters and phases in a material. Another $500,000 would be used to purchase a Micro-CT scanner, which uses a 3D imaging technique allowing researchers to see the inside of an object. Researchers studying tissue and organs, composite materials, batteries and other items use the technology.

The Desert Research Institute (DRI), the nonprofit research campus of the Nevada System of Higher Education, would use $2 million for the DRI Geoengineering Project. The project would allow the DRI to expand its research in climate geoengineering — a field focused on applying engineering to seek solutions to climate change. Cortez Masto and Rosen requested the funds.

Lee secured another $975,000 for DRI to enlist the institute’s Science Alive program to develop and deliver innovative K-12 science, technology, engineering and math (STEM) programming in partnership with UNLV teacher training. The STEM effort will serve rural and urban STEM educators, students and families throughout Nevada by providing them with a hands-on, interactive STEM curriculum and activities.

There were 11 transportation projects funded, including $3 million to finish the Historic Westside Complete Streets Project in Las Vegas. The project—an effort to develop roads for cyclists, pedestrians and mass transit in addition to vehicles—would fund environmental reviews and design of improvements within Las Vegas’ Historic Westside community, including improvements along Washington Avenue, H Street and Bonanza Drive. The funds were requested by Cortez Masto, Rosen and Rep. Steven Horsford (D-NV).

For transit, Cortez Masto and Rosen secured $2 million to help purchase a dedicated fleet of zero-emission buses with branding for the exclusive use of the Maryland Parkway Bus Rapid Transit (BRT) system. Zero-emission buses will operate in dedicated transit lanes with enhanced transit stations as part of a project to create signalized pedestrian crossings, protected bike lanes, wider sidewalks, landscaping and public art.

They also procured $500,000 for wild horse management. This funding will help implement an effort to control the wildhorse population on Nevada’s Virginia Range.

The plan includes the Nevada Department of Agriculture (NDA) implementing a study to document non-lethal herd management, including use of a wildlife contraceptive called Porcine Zona Pellucia. It would also establish public/private partnerships for long-term horse sanctuaries and adoption programs, and expand public safety efforts with fencing and diversionary feeding to prevent horse-vehicle collisions.

This story was updated on Thursday March 10, 2022, at 8:14 a.m. to note the House passed the omnibus package on Wednesday night.