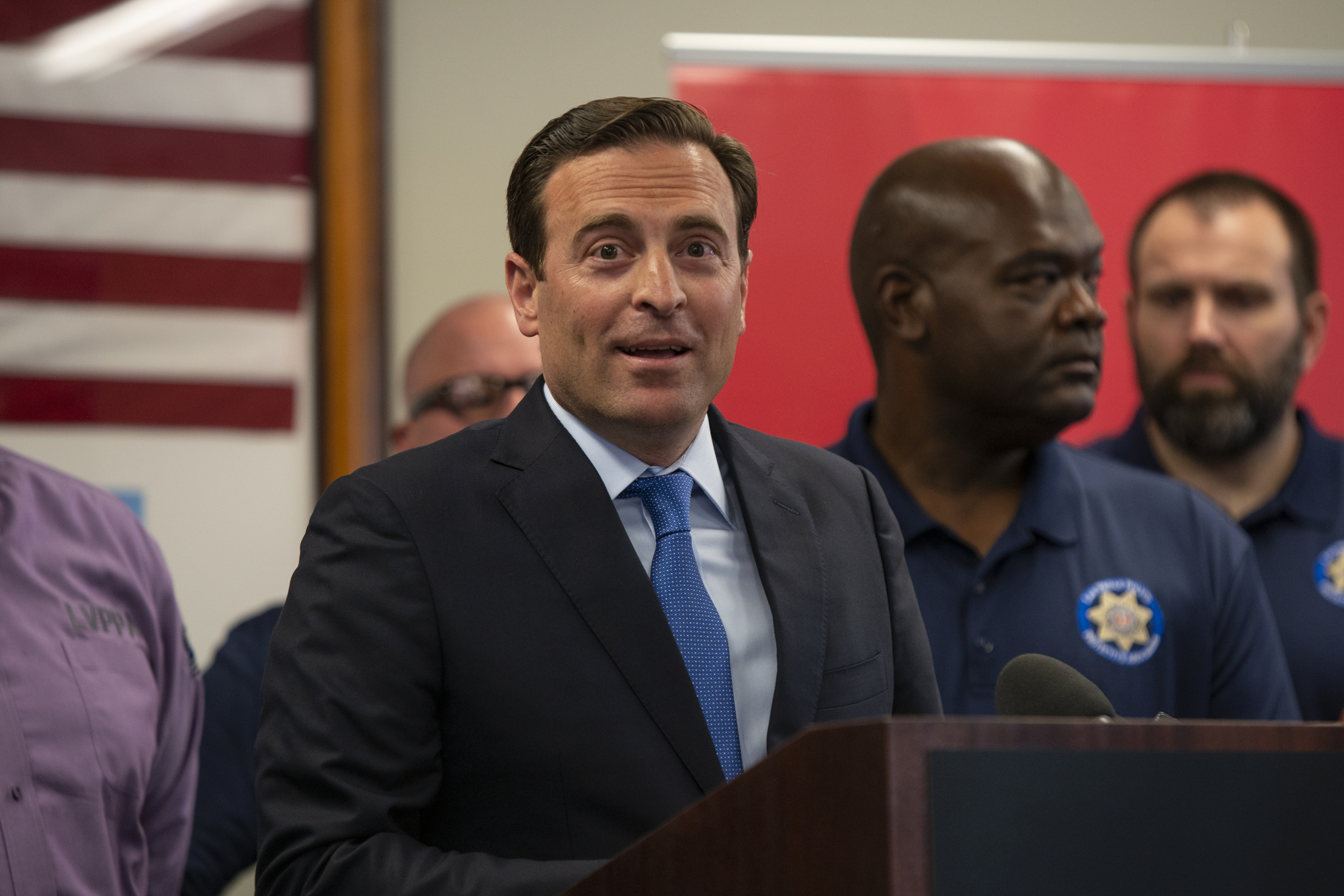 In his campaign for Senate, Republican candidate and former Attorney General Adam Laxalt has often criticized Democratic policies prioritizing renewables and called for an increased use of domestic fossil fuels. But he has much less frequently commented on his own environmental record, which has formed the center of a slew of Democrat-backed attack ads targeting his prior links to the oil industry.

Two comments during the last few months, however, have provided a window into at least a part of Laxalt’s stances on environmental issues. That includes one interview, from January, in which he described a reliance on solar and wind power as “simply not enough. It’ll never get the job done.”

“As we know, the sun can stop shining, the wind can stop blowing, and these things take energy just to be able to use, to set them up in the first place,” Laxalt said in an interview with journalist Gabriella Hoffman in late January, endorsing an “all of the above” energy strategy instead.

“You know, we have wildfires here in the West, and what do you see?” he said. “You've got Gavin Newsom and our Governor [Steve Sisolak], they do these big press conferences about global warming being responsible for fires. No, it’s because we don’t have forest management … instead they want to blame something that’s not going to address fires.”

Though forest management does play a role in wildfire patterns, scientists have pointed directly to climate change — from warming temperatures to drier conditions — as factors that have compounded the severity of wildfires alongside historic management decisions.

At the same time, Democrats have seized on his historical connections to “Big Oil,” including during his time as attorney general, in which he criticized an inquiry into allegations that ExxonMobil sought to downplay climate change and aimed to quash an “ongoing public policy debate” on the issue.

In private practice, Laxalt did not list any oil companies as clients. But another attorney at Cooper & Kirk, the law firm employing Laxalt, did.

The seven issues listed on his campaign website do not include the environment, and though he has tweeted several dozen times about energy (most often to tie high gas prices to President Joe Biden and Cortez Masto), he has tweeted about environmental policy only a handful of times since 2018. Most recently, he criticized Democratic environmental policies such as the Green New Deal — a policy that was most recently re-introduced as a resolution last year by Rep. Alexandra Ocasio Cortez (D-NY) and Sen. Ed Markey (D-MA) — as “leftist.”

Nevada has long existed at the center of several environmental policy debates, ranging from the debate over oil leases on public land to endangered species legislation to mining and energy and water. Those debates have, in recent history, sometimes included Laxalt. As attorney general, he notably clashed with then-Gov. Brian Sandoval, also a Republican, over Obama-era land use regulations meant to protect the sage grouse.

The state has also long been at the forefront of the development of solar energy policy, though only a third of Nevada’s energy was generated by renewable sources as of 2021, according to the U.S. Energy Information Administration.

Overall, 18 percent of the state’s energy stemmed from solar alone, according to federal data. That is expected to increase, however, as legislative goals set through a renewable portfolio standard (RPS) have called for at least 50 percent from renewable sources by 2030.