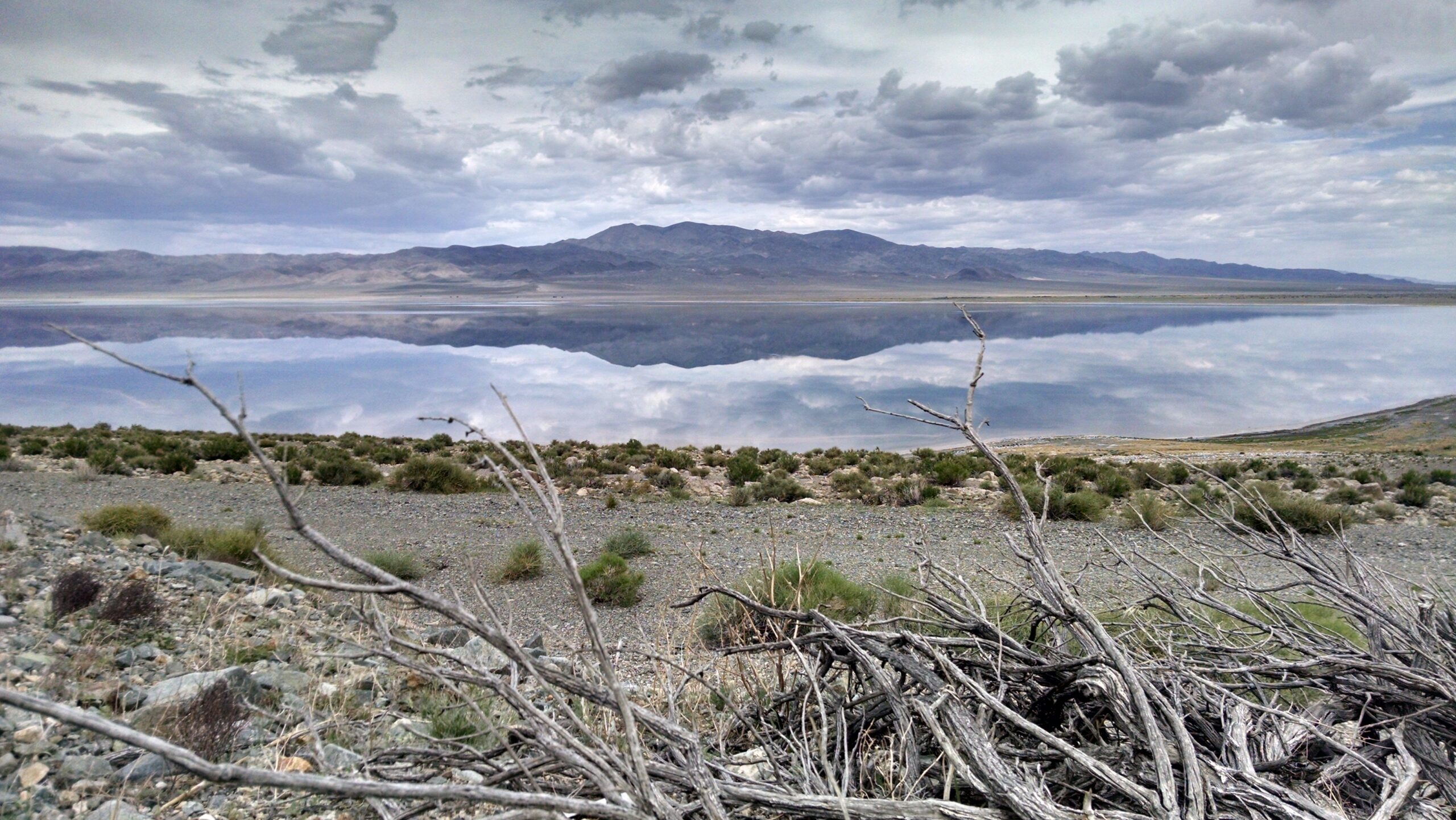 In 1902, a rancher by the name of Henry Miller — known as the “Cattle King of the West” — brought a lawsuit against Thomas B. Rickey, a Nevada farmer, through his Miller & Lux land company. The issue was water rights on the Walker River, and the fight between the rival ranchers set up more than a century of litigation over a waterway that originates at the edge of Yosemite National Park in California and flows through Nevada to its terminus, Walker Lake.

The case ended in 1919 with the “Rickey Decree,” which split the river among 151 users.

But that decree spawned a new case in 1924, when the federal government moved to establish water rights for the Walker River Indian Reservation. That docket remains active to this day, and on Monday, the 9th Circuit Court of Appeals issued a ruling that places a key water rights issue before the Nevada Supreme Court. The question is whether the state, under what is known as the “public trust doctrine,” could reallocate water rights to restore the ecology of Walker Lake even if doing so could harm the existing water rights of upstream farmers and ranchers. The public trust doctrine dates back to the Roman legal system, and it states that governments have a responsibility to preserve and protect natural resources for the public.

“[The] appeal presents an open and important question under Nevada law,” U.S. Circuit Judge Jay Bybee wrote in his opinion, one of three that the court issued this week. “We therefore respectfully request that the Supreme Court of Nevada accept and decide the question.”

The appellate court also ruled on two separate issues that were part of the complex Walker River litigation. In one, the 9th Circuit said the lower court erred in overturning decisions made by state water officials in California and Nevada. In another ruling, it said District Court Judge Robert Clive Jones had wrongly dismissed a case in which the Walker River Paiute Tribe asserted new water rights. The circuit court made the rare move of re-assigning the case.

The answer to the question now before the Nevada Supreme Court could have a consequential effect on water rights within the Walker Basin and throughout the state. The Supreme Court has never directly addressed whether the public trust doctrine applies to Nevada’s water law. If the court decides the doctrine does apply, it could lead to a reshuffling of existing water rights in other areas where agricultural, municipal or industrial water use has harmed the environment.

Walker Lake is a shadow of its former self

For centuries before the establishment of the Walker River Indian Reservation in the mid-1800s, the lake played a key role in the Paiute tribe’s culture. According to a tribal history, the Paiutes called themselves Agai Diccutta, or trout eaters. Tribal members would fish huge Lahontan cutthroat trout, a red-striped salmonid and Nevada’s state fish, from the lake. But since the 1860s — when ranchers like Henry Miller began diverting water off the river — Walker Lake has receded to the point where dissolved particles are so concentrated that native fish can rarely survive.

By 1996, the high-desert lake had lost 50 percent of its surface area and 72 percent of its volume since the first recordings, according to a 2015 district court ruling. Since then, lake levels have declined roughly 20 feet, according to a 2013 report from The Nature Conservancy. With the elevation crashing, Walker Lake’s chemistry worsened. There was poor water quality and high levels of dissolved solids that in turn affected the biology, killing fish and driving away migratory birds.

Sean Rowe, the district attorney for Mineral County, where the lake is located, said the ecology of the lake has deteriorated so much that when the Nevada Department of Wildlife conducted its last fish survey on the lake, it reported no trout.

For Mineral County, the habitat loss has meant the disappearance of one of its most important economic anchors. Before the dramatic declines in recent decades, Walker Lake was a place where people would come to fish during the winter and boat during the summer. As the shores of the lake grew dustier and the water became more dingy, those activities became impaired.

The county wanted to do something about it.

A twist in decades-old litigation

In 1994, Mineral County filed to intervene in the ongoing Walker River suit, claiming that it had a stake and an interest in how much water made it to the lake each year. The District Court did not grant a motion to intervene until 2013, nearly two decades later (to give you a window into how complicated this litigation was, Rowe noted that it took a decade just to sort out who and what water rights holders should be served). With Mineral County’s entrance into the Walker River rights litigation, the concept of the “public trust doctrine” also entered the discussion.

Mineral County argues that Nevada, as a trustee of the natural resources within it, has a duty to re-establish and ensure a healthy environment at Walker Lake. The state, the county says, should require a minimum flow of water reaches the lake every year under the public trust doctrine, a legal principle that exists in Nevada but has never been applied to its water law.

“Mineral County is wanting the state to exercise its responsibility as the sovereign owner of the lake in the river system to maintain the ecological and aesthetic health,” Rowe said.

That might sound good, but it’s not that simple.

Comes now the Walker River Irrigation District in Lyon County. Upstream of Walker Lake are farmers and ranchers in the Smith and Mason Valleys. In many cases, they received rights to Walker River water decades ago. They worry they could be harmed by the public trust doctrine.

In order to get a minimum flow of water to the lake, policymakers would, in many years, have to cut existing water rights for some of the upstream farmers who divert water from the river. By keeping more water in the river, more water would reach the lake. At the same time, that water would have to come from somewhere — and it would likely require that farmers take cuts.

In Nevada and states across the West, surface water is regulated by a doctrine known as “first in time, first in right,” the idea that those with older claims to water, get priority to water first. This principle was meant, in part, to bring certainty to water use. A public trust carve-out for Walker Lake, however, would supersede some of those rights. Opponents of the public trust doctrine in this case would argue that a carve-out would result in less certainty and potentially, a taking.

Lawyers for the irrigation district did not respond to a request for comment. But in the case file, a farmer in Mason Valley summed up some of the concerns in a handwritten letter to the judge:

“I am a water righted property owner in Mason Valley and have need for what little water for irrigating pasture that there is,” she wrote in 2013, opposing Mineral County’s claims.

The appellate court said the issue is not as cut and dried. It’s an open question, Bybee argued.

“The remaining issue — whether the Walker River Decree can be amended to allow for certain minimum flows of water to reach Walker Lake — depends on whether the public trust doctrine applies to rights previously adjudicated and settled…,” he wrote in the 9th Circuit opinion.

The question is an issue of state water law, he said, and the Nevada Supreme Court ought to be the one to address it. Bybee noted that California, another party on the Walker River, has looked at the question of whether the public trust doctrine applied to water rights. In 1983, the California Supreme Court ruled in a landmark decision involving Mono Lake that the doctrine did apply.

California’s high court, in National Audubon Society v. Superior Court, said water regulators could revisit a water right it had granted to the Los Angeles Department of Water and Power because the public trust doctrine protected the environmental health of Mono Lake. The result was that the state could, going forward, adjust how much water the city took from the lake.

Now the Nevada Supreme Court will decide whether state regulators can do something similar. The court will look at whether the state, under the public trust doctrine, can adjust existing water rights of farmers and ranchers to carve out a water guarantee for Walker Lake. Several lawyers said the decision could have consequential impacts on how the state regulates its surface water.

“It gives the Supreme Court an opportunity to issue a fairly important decision that will likely be far-ranging,” Rowe said.

At the core of this ongoing docket is the same question Henry Miller and Thomas Rickey, with their land empires, were arguing about in the late 1800s. How do you equitably allocate a river and satisfy historical claims to water? The difference now is there are just many more issues.

Several conservation groups involved in the ongoing case have taken another path. Since 2002, Congress has allocated funding to restore Walker Lake and other desert lakes. The National Fish and Wildlife Foundation, with this funding, has pursued a market-based approach to reviving Walker Lake. Under the program, the foundation has purchased water rights from upstream farmers and ranchers. Instead of being put to beneficial use to grow crops or irrigate grazing lands, the water rights are allowed to flow through the river and into Walker Lake. The program benefits farmers because they are compensated for the water they sell or conserve. And it benefits Walker Lake because it ensures that water flows into the lake every year.

It is seen as a win-win solution. The problem: It’s still relatively small in scale. Even supporters of the program are concerned that it will never grow large enough to satisfy the environmental needs of the lake. That’s why Mineral County, though supportive of the program, continues to pursue its argument that the state should use the public trust doctrine across the Walker Basin.

Until a court has ruled on the question and the remedy, it’s difficult for experts to predict what kind of impact the doctrine would have on upstream farmers. Much of that would depend on how much water the court decided was necessary to support the lake. There is little question, however, that farmers and ranchers with water rights upstream could be affected during some years. And they are concerned an unfavorable court ruling could mean the drying up of fields.

But in Mineral County, where lake levels have dropped so low that fishing and much of the former recreation economy has all but vanished from Walker Lake, things look different.

Glenn Bunch, president of the Walker Lake Working Group, said the concern from upstream users has been that they’ll become a dust bowl. No one wants to dry up Mason Valley, he said.