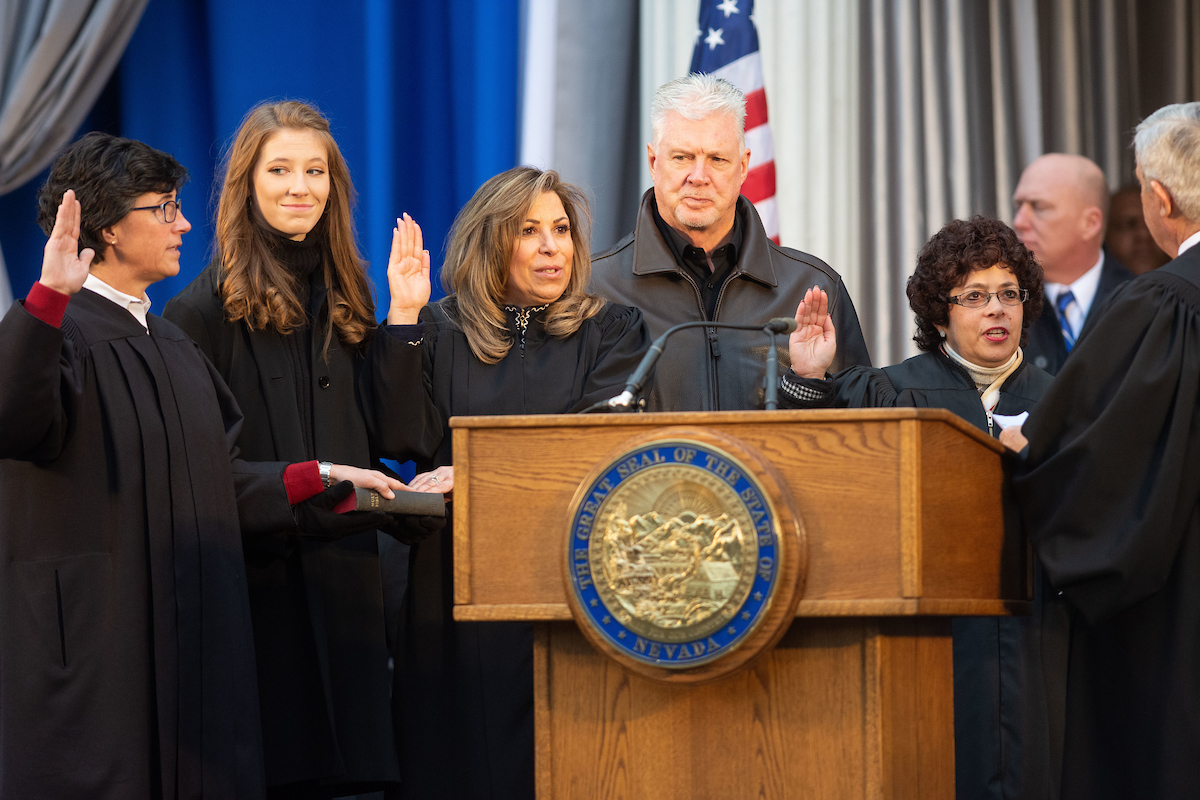 After nearly four years on the Nevada Supreme Court, Justice Abbi Silver is resigning “due to unforeseen circumstances,” and to spend more time with her family, she said in a letter to Gov. Steve Sisolak.

In 2018, she was elected unopposed to an open seat on the Nevada Supreme Court. Her current term would have ended in 2025, but her last day will be Sept. 29. According to her official biography on the high court’s website, she is the only judge in Nevada history to be elected to every court in the state’s judicial system, including municipal, justice, district, appeals and supreme courts.

“She has made a tremendous impact on our State in her decades of service. Thank you so much, Justice. Kathy and I are wishing you and your family all the best,” the tweet reads.

Throughout her 33-year legal career, she has advocated for and represented victims of domestic homicide, child abuse and neglect, sexual assault, aggravated stalking, and domestic violence. Prior to becoming a judge, she was the chief of the Special Victims Unit at the Clark County District Attorney's Office.

Attorney General Aaron Ford reacted to the news in a tweet, saying Silver’s resignation is “a sad loss for Nevada.”

Silver grew up in Boulder City and graduated from Ed W. Clark High School in Las Vegas. She earned her bachelor’s degree in political science from UNLV in 1986 and her law degree from Southwestern University School of Law in Los Angeles in 1989.

Just this year, she became the first presiding justice of the first all-female panel of the Nevada Supreme Court.

After Sept. 29, the Judicial Selection Commission will begin the process of vetting applicants, and then Sisolak will appoint one of the commission’s three nominees to serve the remainder of the term.