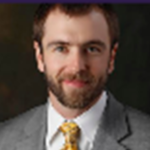 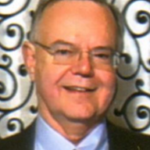 Nevada is experiencing drought and heat with the warmest summers in history on average and with apocalyptic wildfires here and just next door. Increasing global temperatures are magnified in areas with high population density. These urban centers can be as much as 2 to 9 degrees Fahrenheit warmer than rural areas.  With each degree increase in temperature, there is a measurable and significant increase in deaths among vulnerable populations.

Those recognized as attributable to heat related illness are a small part of the overall number of deaths due to heat waves; the elderly and those with chronic illnesses also die at higher rates of their underlying illnesses during higher than accustomed heat. Dark surfaces, such as our streets, radiate heat and contribute to what is referred to as the urban heat island effect.

Furthermore, the heat island effect accounts for some of the socioeconomic health and mortality disparities that have been featured in recent news. Heat stroke and death occur disproportionately in lower socioeconomic areas, where dirt lots, asphalt, dark or metal surfaces, sparsely landscaped homes and businesses can be 10 degrees hotter than in wealthier, park-like zip codes. Higher temperatures exacerbate ground-level air pollution. Heat islands are responsible for 20 percent of urban smog formation, disproportionately affecting lower socioeconomic areas of a city.

Fortunately, the research and technology to diminish the urban heat island effect is available. We have the capacity to turn down the temperature in our cities and to protect our fellow Nevadans, if we take action. Reno’s climate action plan acknowledges that our city is warming faster than other cities across the country. The average temperature in Reno has risen 6 degrees since 1970. However our city’s climate action plan does not adequately address the urban heat island effect. We can reduce the urban heat island effect in Reno by using cool roof and cool pavement technology, by planting trees and whitening our buildings.  These actions would reduce absorption and subsequent generation of heat. We can also use more electric vehicles; they create less heat and don’t contribute to heat trapping in the atmosphere.

Can the proposed changes actually make a difference? Phoenix’s climate action plan has. Asphalt surfaces are being replaced with pale, permeable pavement that allows storm water to seep in and heat to escape at night. These new surfaces are 27 degrees lower in temperature than asphalt. Solar panels are being placed over parking lots to prevent cars from being converted to “mobile furnaces”. Phoenix also has instituted a HeatReady program, something like temperature tsunami readiness, with cooling centers for the most vulnerable citizens, and text notifications of impending heat waves with directions to cooling centers.

Misting, water fountains, and shade trees are being installed at bus stops. In areas where the number of trees was increased by 10 to 25 percent there was a 4.3 degree drop in the average temperature. Melissa Guardaro of Arizona State University has said that heat in our cities is a huge public health threat, but “mitigating heat (has been) nobody’s responsibility, yet it’s everybody’s concern”.  It is time to translate concern into action by encouraging measures to reduce the urban heat island effect in Nevada’s cities.