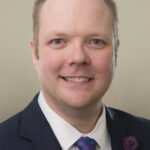 Trey Delap
November 18th, 2020 - 2:00am
The Nevada Legislature as seen on May 16, 2017. (David Calvert/The Nevada Independent)
Addiction mental health recovery advocates must decide if they are partners with legislators who already support them

“Throw the bums out!” is a comical mantra for short-sighted views of how stable policy change happens. It is also a tactic to keep an emerging bloc of addiction recovery advocates sidelined in the next legislative session.

Nevada has two speeds — now and never, all or nothing, win or lose. This ethos doesn’t work well at solving complex problems, but history shows that diligence and commitment yield stable, lasting change. I would cite Linda Flatt’s decade long advocacy effort to establish the Office of Suicide Prevention as an excellent example of perseverance.

Since becoming active in lobbying the Legislature in order to remove barriers to addiction recovery, we’ve identified pervasive stigma as the most significant barrier to addiction and mental health recovery in Nevada. Stigma takes two primary forms — cultural and institutional.

How people describe themselves and others is their choice; that’s the social stigma aspect, and it can only be changed when people decide to change it. Institutional stigma – often rooted in statutory language – is the exclusive province of the Legislature. If we can purge stigmatizing words from the law, we can begin to press for broader stigma reduction. It’s worth doing because stigma is sometimes why we lose people to suicide or treatable mental illness and addiction.

Last legislative session, Assemblyman Steve Yeager carried to passage Assembly Bill 367 – scrubbing the Nevada Revised Statutes (NRS) and Nevada Administrative Code of stigmatizing language and replacing references with more accurate and inclusive “person-first language.” Nevada is only the fourth state to update its laws in this way. For once, Nevada is at the top of a good list.

Problem solved, right? No. It’s a start. As the new language ripples through NRS, our agencies, legislators and judges all need advocates to remind them why AB367 is essential and how it will remove barriers — but addiction recovery advocates have even more issues the Legislature can address. In addition to reducing stigma, patient brokering and certifying our peer recovery support specialists were subjects of bills last session. They met with mixed success. Overall, though, there were more “recovery forward” moves than steps backward. The next session is an opportunity to make even more progress.

It is achievable. Legitimate recovery forward bills are nonpartisan; experience counts more than on which side of the aisle a legislator sits.

When the Democrats gained a supermajority in the Assembly and then won the governor's office, more bills were introduced — and died. (In the 2019 session, 54 percent of the 1,179 proposed bills became law, 2 percent fewer than in 2017.) And while first-term lawmakers have equal opportunities to introduce bills, passage is a feat requiring more attention and work than merely marking a circle.

In races where incumbents lost this year, new lawmakers may be willing to carry recovery forward bills, but they will be starting over. This is why advocates should support the re-election of legislators with a record of introducing and advancing recovery forward measures. An expanding registration of unaffiliated voters means that there is a winnable margin in nearly every race. Recovery allies and advocates fall into this powerful category.

The 2020 election proved that small margins can topple blocks of power. Consider the impact of just 24 votes in the 2018 election of state Senator Keith Pickard. The two-dozen voters who elected Pickard effectively made all Republicans in both houses relevant by denying the Democrats a double supermajority. And this year, just a few hundred votes stood between the winner and loser in Senate District 5.

Legislators also need support during the session, whether a bill passes or not, and especially during interim periods when the heavy lifting for bill craft often occurs. Rinse and repeat for as long as is necessary to sustain change.

There is no simple solution to building a recovery-oriented system of care in Nevada. Long-term recovery doesn’t happen in one month. It happens by overcoming new and seemingly unrelenting challenges together with supportive allies. While suicide, overdose, addictive disorders, and trauma are all on the rise, the challenge now is for advocates to decide whether they are supportive allies willing to be long-term partners with legislators who already support them.

Throw the bums out?

Well, there are no bums, just people who may need more attention, more time or more support from their constituents to help them ensure that they are advancing recovery forward policy. The people aren’t a problem; it’s problems with people that deserve our most earnest attention.

Trey Delap, M.A., is a lobbyist and Director of Group Six Partners, LLC, a Nevada based public affairs consulting firm.