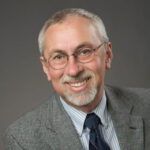 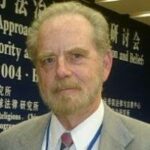 James Richardson
October 15th, 2020 - 2:00am
Nevada System of Higher Education Board of Regents quarterly meeting at UNLV on Friday, Dec. 6, 2019. (Jeff Scheid/The Nevada Independent)
Arguments against eliminating the elected Board of Regents from the Constitution (Question 1)

Question 1, which would remove the Board of Regents and their election from the Nevada Constitution, is a solution in search of a problem. It would not relieve perceived problems that could easily be addressed without a change in the Constitution, and could lead to some very negative consequences. Greater accountability of the regents and the Nevada System of Higher Education (NSHE) is a laudable goal, but Question 1 moves control from a small elected board of regents that meet 8-10 times a year to the 63 citizen legislators that meet only every other year.

The Legislature already has full authority over state funding that goes to higher education—both dollar amounts and how it is spent—and the current language of the Constitution allows the Legislature to prescribe the duties of the Board of Regents. Question 1 would allow partisan legislators to micromanage educational policy and curriculum.

Proponents say that Nevada is unique in having a single elected governing board for higher education, but fully half the states have constitutionally defined boards and some with excellent systems of higher education—Colorado, Michigan, and Nebraska—also have constitutionally elected boards governing one or several universities. Nevada is unique only by placing the community colleges under the elected Board of Regents, but that is in statutes and would not change with Question 1. The statewide Nevada system of colleges and universities allows significant efficiencies with combined human resources, payroll, campus police, and computer network operations.

Removing the constitutional separation of higher education could lead to political and partisan interference in our public colleges. In states without constitutional protections, governors or legislators have removed university boards or presidents. Although the proponents of Question 1 tout the new proposed provision on academic freedom, the language is actually quite dangerous because it allows future Legislatures to define the “reasonable protection of individual academic freedom” which would cover not just faculty but also students and ill-defined “contractors”. A future Legislature could define academic freedom however it desires and thereby greatly distort its true meaning and value.

The true aims of Question 1 are hidden by removing regents from the Constitution but leaving implementation up to future Legislatures. Active proponents of Question 1 have proposed putting the community colleges under a separate board (2017); replacing the chancellor with six appointed bureaucrats in Carson City and adding six new boards overseeing the system (2019); and, most recently, changing from elected to appointed regents (a bill by one of the sponsors of Question 1 that passed the Nevada Senate in 2019). The other sponsor of Question 1 testified against that bill saying it would make it “difficult, if not impossible, to pass” Question 1 because “the people will not vote to get rid of their ability to select their own representatives.”

If you believe that voters should hold elected officials accountable, you should vote “no” on Question 1 to preserve your constitutional right to vote for regents. A “no” vote will also protect academic freedom from political interference.

Kent Ervin and Jim Richardson are current and retired faculty members at the University of Nevada, Reno, respectively. Their opinions are their own and they are not representing the university or any faculty group. Richardson has lobbied for the NV Faculty Alliance. Kent Ervin lobbies for them now.