As Navy and development close in, Fallon tribe seeks protection for sacred land 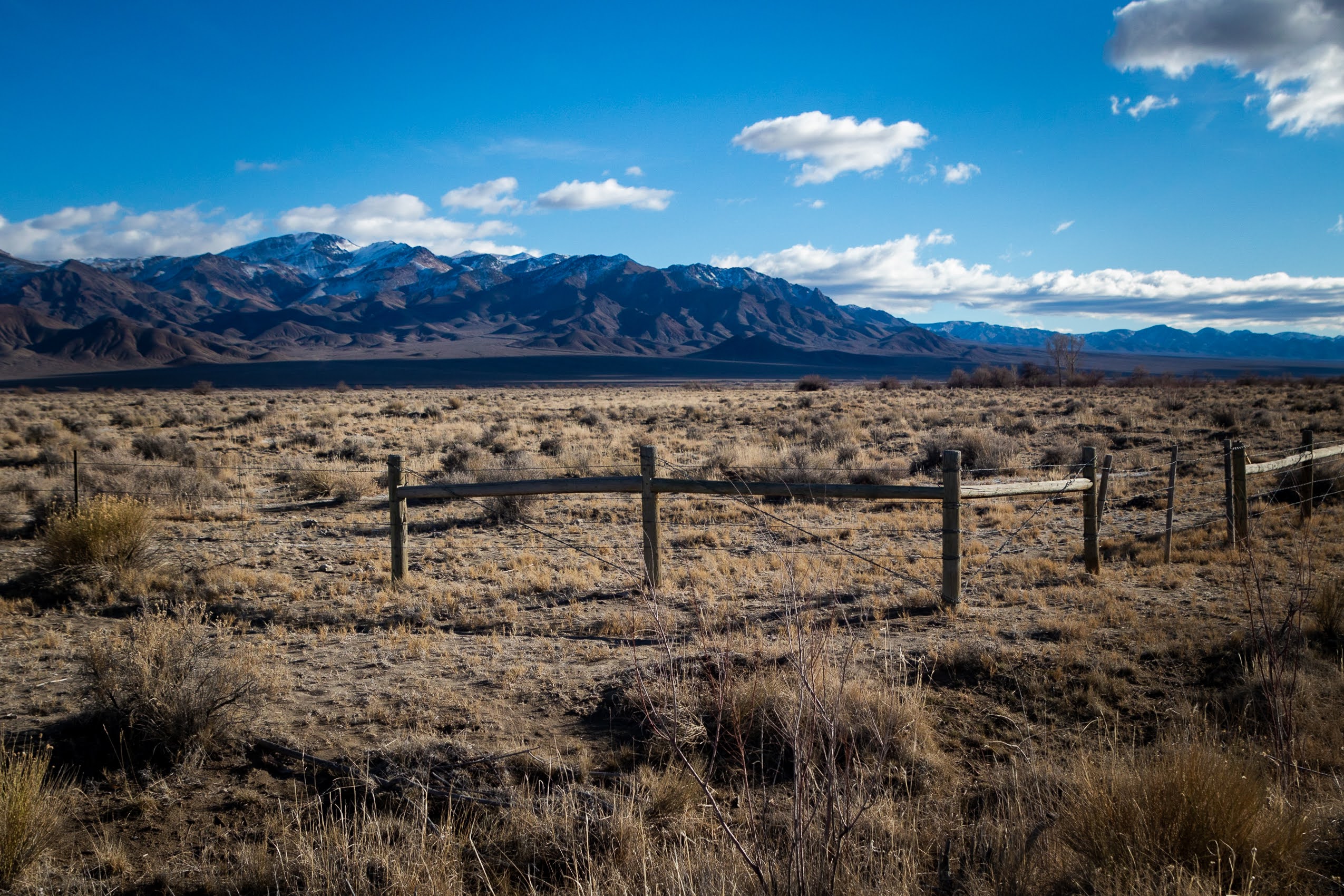 Dixie Valley, known as Paumu in Paiute, is a vast area spanning nearly 3,000 square miles near Fallon, offering a grand view of the Stillwater mountains looming tall to the west and the Clan Alpine mountains to the east.

For the toi-ticutta, meaning “cattail eaters” in Paiute and now known as the Fallon Paiute Shoshone Tribe, the once-quiet valley was a place to gather medicinal plants and other resources, put deceased loved ones to rest and find respite and healing among the mountains.

“When you’re out here, we ask people to be respectful because you just don’t know if you’re walking into one of the oldest churches in North America,” said Donna Cossette, a former tribal chairwoman.

The toi-ticutta have lived across the region for 10,000 years. There are currently 1,562 enrolled members of the tribe, with 657 living on the tribe’s colony and reservation. In addition to the hot springs frequented by tribal members for ceremonies and to relieve body pain, the area now includes a geothermal plant, a few scattered ranches, a rare and endangered toad and designated space for a Naval air station 68 miles away to conduct training exercises.

In March, leaders for the Fallon Paiute Shoshone tribe traveled more than 2,000 miles to Washington D.C. in a bid to protect what they view as a sacred valley. There, they asked the Biden administration and congressional representatives to designate the area a national monument, an act that would make it Nevada’s fifth and the largest in the continental United States.

Their request comes as conflicting interests are rising among different groups in the valley, which lies more than 130 miles east of Reno. The nearby Naval Air Station in Fallon wants to expand its operations, and there’s a project to develop another geothermal power plant in the valley.

The Navy’s request to add nearly 600,000 acres to its operation is still pending approval by Congress, but poses a threat to the protections the tribes are seeking.

On the development side, the interest is focused on the ponds that dot the valley.

“I see these little spots here of water, and it's amazing,” said Catherine Tuni, the tribe’s chairwoman, during a visit to Dixie Valley in January. “In this day and time of drought, how do we have these ponds here that are full? That's what the Western societies are looking at. They want to move in here because there's something here. Something to them is maybe money, but something for us is our connection.”

To fend off these threats to the land and have a greater role in managing them, tribes are trying to take advantage of the Biden administration’s focus on conservation through initiatives such as America the Beautiful, or 30 by 30, which aims to conserve 30 percent of U.S. land and water by 2030.

They view the federal focus on climate change and conservation as their pathway to gain greater control of their ancestral lands that stretch much further than the borders of their reservations, which were drawn more than a century ago by the federal government.

Cossette said access to and a sense of sovereignty over these lands is integral to their very identity. But tribal members need to go through multiple agencies, such as the Bureau of Land Management, U.S. Fish and Wildlife Service, the Navy and state and federal governments, just to access what was once their land.

“How are we supposed to even be Native if we can’t even go to these places?” Cossette said. “They’re restricted … We’re just one tiny tribe in a blip of an entire world and we’re the only ones of this nation that exist. Where are we supposed to go? We don’t have another place to go.”

A national monument designation requires approval from Congress or an executive order, meaning strong support is crucial for the idea to become a reality. It’s a process that likely will be measured in years, but the tribes have already started laying the groundwork.

Fighting for a life source and resting place

The Fallon Paiute people were created in a spring between two peaks, called the Mother and Father, in the Stillwater mountains standing firm over Dixie Valley, according to the tribe’s creation story.

“There was a mother and father that were right there — the people’s father, the people’s mother,” said Rochanne Downs, the tribe’s historic preservation officer. “I know I was created from mud.”

The tribe suffered a great loss when those peaks were destroyed by the military as part of World War II-era bombing tests, in addition to Medicine Rock, where Paiute healers went to gather medicines for the sick in their community. According to a spokesperson with the communications firm that has been working with the tribe, the Navy targeted Medicine Rock because of its size and location, destroying it over time with munitions dropped on and around it during training exercises.

“We’ll never have those back again,” Downs said.

In addition to the culturally sacred ceremonies that traditionally take place in the area, tribal leaders also worry about the resting places of the people who came before them. Their ancestors lie across various places in the region, including Grimes Point, 60 miles from Dixie Valley.

Before modern times, resting places were not marked by the toi-ticutta. It was the tribe’s custom and belief that when people died, they were to be left alone to rest, not be visited or disturbed. But now, tribal members find themselves returning to resting places to make sure the bodies have not been moved.

There’s a discrepancy between how these unmarked resting places sacred to Native Americans are treated compared to developed cemeteries, Downs added.

“If I came to any city council meeting and said, ‘Arlington Cemetery, we need to put a bombing range right there because we need to compete with China and Russia,’ everyone would be appalled,” she said.

With the Naval Air Station nearby, tribal members have complained about noisy and disruptive low-flying jets not only at home but also while they visit these sacred areas. An estimated 3,000 active duty personnel, civilian employees and contractors work at the base.

Rodney Austin, a tribal member who works for the tribe’s Land and Water Resources department, said he was disappointed to find “military junk,” including meals-ready-to-eat, in areas he often visits as well.

“Kind of brought me down because it shouldn’t be that way,” Austin said.

Charlane Starlight, a retired teacher who lives on the reservation, said the toi-ticutta people settled in the region because they followed the Humboldt River into the basin.

The fish fed them, she said, and they used the tules — also known as hardstem brush, typically found in freshwater marsh areas — to build houses and make clothing.

But the nature and character of the land has changed since the federal government assigned the tribe to live on 5,540 acres of land in 1887.

“We used to have large rice grass fields, native plants, native food,” Downs said. “Now it’s nothing but cheatgrass, because the cheatgrass was spread by [off-highway vehicles] and it has taken out the rice grass.”

Sand Mountain, another sacred site for the tribe near Grimes Point, has seen a large increase in recreation in recent years as well, generating more trash and damage to the environment.

“Nobody’s right to recreate should impede on something’s right to exist,” Downs said.

She pointed to the Sand Mountain blue butterfly, which she said only survives in that area. In 2007, the U.S. Fish and Wildlife Service denied a petition from the Center for Biological Diversity to list the species as endangered because of increased tourism and the presence of off-highway vehicles.

According to the tribe’s oral histories, Sand Mountain is a serpent that was born in the Stillwaters. He once traveled to Pyramid Lake, Lake Tahoe, Mono and Walker lakes with a mate, returning to the Stillwaters in the winter and going within the mountains to rest.

But at one point, the serpent lost his mate. He couldn’t stand coming home to the mountains anymore.

“He drilled himself in the ground and he’s been mourning ever since,” Downs said.

Sand Mountain becomes the third-largest city in Nevada over Memorial Day weekend, she said, when visitors flock to the area and dirty the otherwise pristine sand.

“There are so many people coming from all over and it leaves the white sand black because of all the carbon emissions from those two-stroke motors,” Downs said.

She also lamented the tribe’s position at the end of the Carson River watershed, where toxic minerals from farming and mining end up. A nearby treatment plant helps rid the water of arsenic, but that process still changes the water, which is no longer pure, she said.

Water towers were also placed atop Rattlesnake Hill, a place the tribe relied on as a water source.

“To see it desecrated as much as it has been now, how does it not hurt our spirit?” Cossette said.

Tribal leaders and members feel a responsibility to be on the forefront of the fight to save their lands from climate change.

“I don’t care if you’re brown, you’re Black, you’re white, you’re polka dot,” said Leanna Hale, the chairman of the tribe’s cultural committee and land and water manager. “We’re all here together and we’ve got to work together. Some of us are going to have to take the step up to be the lead … It should be us.”

Pinyon Public Affairs, a communications firm, is working with the tribe to spread its story and build public awareness while federal lawmakers consider the proposal, which will require support from the public and state and federal leaders.

Rep. Mark Amodei (R-NV) said he thinks there needs to be a greater balance between what the tribe and Navy are seeking.

“This is not a great time to ignore the growing vulnerability in an important national security area,” Amodei wrote in a statement to The Nevada Independent. “I’ll continue to look for an opportunity to give the appropriate respect to the cultural resources of indigenous nations while allowing America’s naval aviators and SEALs to train to the highest standards. Clearly we are not there yet.”

Sen. Jacky Rosen (D-NV) drew a similar line of support for the effort, saying in a statement to The Nevada Independent that she’s working to bring all stakeholders together to “move forward in a way that incorporates enhanced land protections for the local Tribes as part of a mutually-agreeable legislative solution to the Naval Air Station Fallon expansion.”

A spokesperson for Sen. Catherine Cortez Masto's (D-NV) office said she is reviewing the proposal.

An effort to designate Avi Kwa Ame, or Spirit Mountain, in Southern Nevada as a national monument also kicked off last year during the legislative session, when lawmakers approved a resolution to send the proposal to Congress. It’s still pending congressional approval, but has won support from Democrats in Nevada’s House delegation.

Back at Dixie Valley, or Paumu, tribal secretary Margot Dyer imagined the area as it once was, without fences.

“Those are the things that we want to be able to share with our children,” Dyer said. “But as time goes on, more and more there’s fantasy. [Bureau of Land Management] has some places fenced off. The Navy has their area, but it used to be open and we’d go as a family. The trees out there, we’d sit down underneath and have our little picnic and then go home. That was our way of life. And it was a good life.”