Bipartisan bill has all but eliminated underage marriages 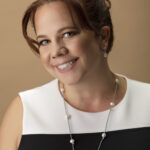 Jeana Blackman Taylor
January 8th, 2021 - 2:00am
A bride and groom head toward the Welcome to Las Vegas sign for a photo shoot on Feb. 13, 2018. Photo by Luz Gray.
Bipartisan bill has all but eliminated underage marriages

As we head into a new legislative session, I want to highlight the impact of a bipartisan bill passed in 2019. Sponsored by Assemblywoman Shannon Bilbray-Axelrod (D-Las Vegas), AB139 was designed to eliminate marriage for minors. Before 2019, Nevada had no floor — meaning there was no lower age limit to marry in this state. Any child (usually a girl) could be married off so long as a parent and a judge signed off on the arrangement. There was evidence that girls as young as 14 had been legally wed in Nevada — often to an out-of-state, much older groom. If the bride was 16, all that was needed was a parent to sign off on the union.

I testified in front of the Senate Judiciary Committee in favor of AB139 as a concerned citizen passionate about women and girls in this state, but the brave testimony from those directly affected by childhood marriage will sit with me for a long time. Girls married off young, often by a parent who failed in the responsibility of protecting his or her children. Women courageously detailing their escape from abusive marriages and the ways in which our system failed to protect them from harm in the first place. These girls were treated as mere commodities. Beyond these stories, there is evidence that underage marriages often lead to increased domestic violence, lower levels of education and greater poverty. According to Pew Research, in 2016 Nevada ranked third for the rate of underage marriage, at 5.9 per 1,000.

AB139 passed in 2019 and became law. Although it wasn’t a total ban on underage marriage, it was fairly close. As it stands now, no one under the age of 17 can get married in this state. If either party is 17, a parent and a judge must agree that there is a legitimate reason the union cannot wait — and pregnancy cannot be the reason. Plus, both the bride and the groom must be Nevada residents. According to the Tahirih Justice Center, from 2015-2017, 80 percent of the underage marriages in Clark County involved at least one out-of-state party. AB139 ensured that Nevada would not be complicit in the use of marriage as a sex trafficking tool for out-of-state predators.

Since the law was implemented in October of 2019, there has only been just one underage marriage in the entire state of Nevada (as of October 2020). The bride was 17 and the groom was 19. Both were residents of Carson City. In comparison, the Tahirih Justice Center stated that over 5,000 minors were married in just Clark County between 2005-2015, an average of 500 a year. To go from those numbers to only one statewide is a huge achievement.

In 2018, Nevada was reportedly the second worst state in the country for domestic violence. Stopping underage marriage won’t eliminate domestic violence, but it does protect girls from being forced into a legally binding contract before they reach adulthood. And the more that we protect the girls in this state, the more we protect the women they can become. As we head into another legislative session, I hope all of our representatives continue to find ways to improve the lives of women.

Jeana Blackman Taylor (she/her) came to Las Vegas more than a decade ago to perform with Cirque du Soleil. In 2016, she formed the group Everyday People Taking Action to facilitate conversations regarding key issues facing Nevada and raise money to support local teachers. She serves on the Community Advisory Board for the Women’s Research Institute of Nevada (UNLV), the Bond Oversight Committee for CCSD, and the SOT at her children’s elementary school. Over the summer, she was a cofounder of the Vegas Community Pantry. She is also a donor to The Nevada Independent. View all our donors here.