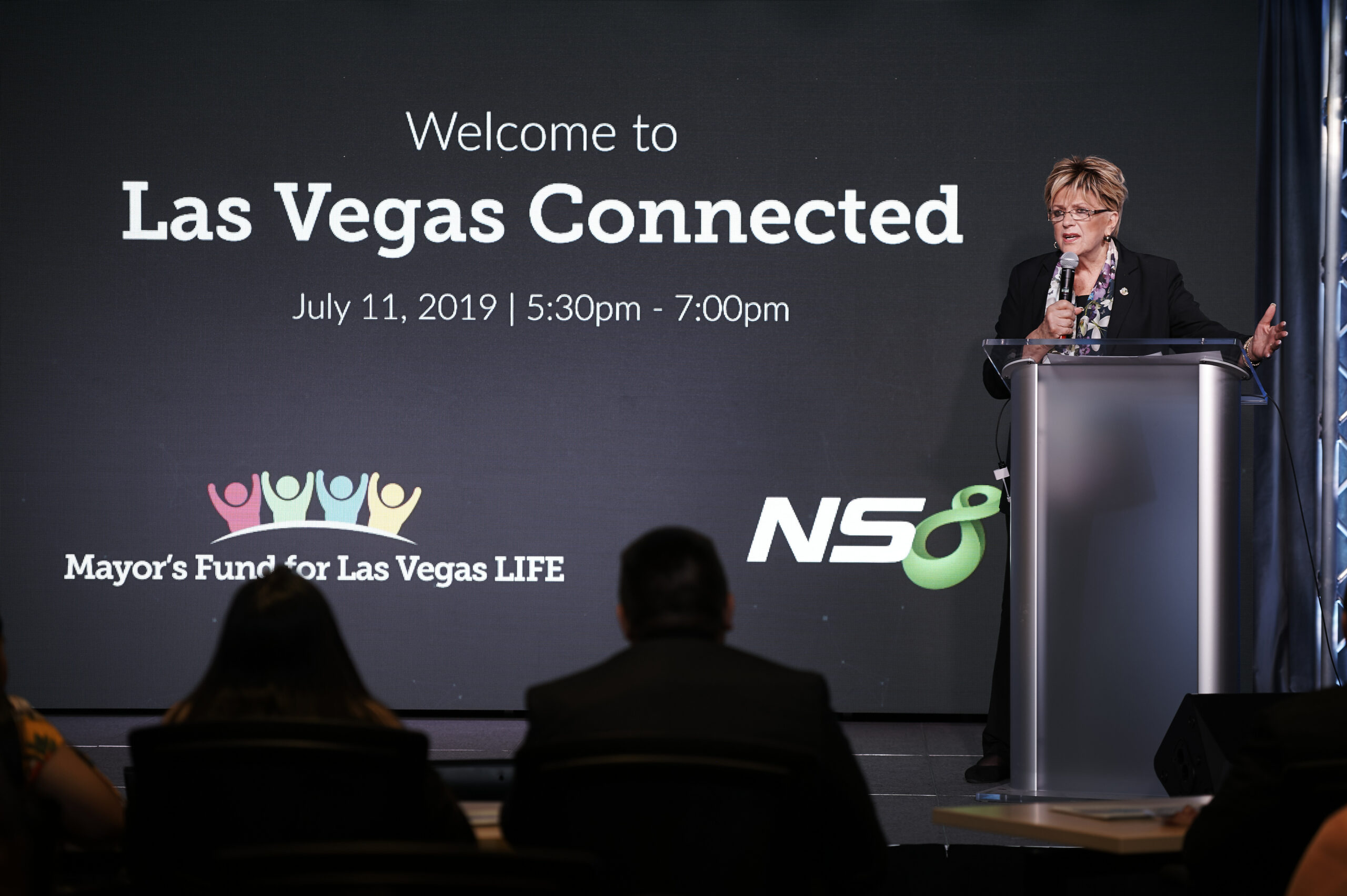 The internet’s transformation from a novelty to a necessity has left thousands of families at a disadvantage if they lack an internet subscription or a computer or other device with which to connect. Las Vegas Mayor Carolyn Goodman, along with a data security firm, are looking to change that.

NS8, a cyber security company, has collaborated with the Mayor’s Fund for Las Vegas LIFE to create the Las Vegas Connected Initiative in order to provide affordable internet access and computer devices to low income families to help them keep up with important work and education tasks in the digital age.

“The days of handing in job applications in person are over,” social worker Bonita Faye said in a video shown at the initiative's launch event last week. “You need to know how to use the internet to be successful.”

The 2010 census showed that one in five households in Clark County did not have access to the internet, with more than 40 percent of the households that earn less than $20,000 lacking an internet subscription.

The Mayor’s Fund is a crowdfunded initiative that seeks to connect philanthropic and corporate leaders with households in need of help. The City of Las Vegas has also so far helped connect 300 families through ConnectHomeUSA, a program launched in 2015 by the Department of Housing and Urban Development (HUD).

Goodman hopes to provide 2,000 families with an internet subscription, computer training and a tablet for family use. The Mayor’s Fund is seeking $595,000 — roughly $350 per family— to successfully fund the Connected Initiative and is looking to raise $1 million overall by the end of the year.

“We know that helping our community requires strong work, our future is in the hands of tech savvy people like yourself,” Goodman said. “The digital divide is so large in this city. Hopefully it will shrink. In areas of our cities, there needs to be an ability to connect with our world.”

City Councilman Cedric Crear attended the launch and donated $1,000 on the spot. Speaking about Ward 5, where he said there are at least 200 percent more Supplemental Nutrition Assistance Program (SNAP) recipients than the city average, he emphasized the importance of the initiative.

“We’re working to find people good jobs, and the internet is a huge part of that. The city cannot do it alone,” said Crear.

The importance of internet access to modern schoolwork and job-related tasks was also a focal point of the event.

“In today’s digital economy, it’s impossible to have viable career paths without the internet," NS8 CEO Adam Rogas said to the crowd of around 50 people. "Ninety-six percent of high school students complete work online. If enough community members bridge the digital divide, we can help everyone be successful.”

A family with children that was homeless for 11 months appeared in the event launch video and spoke about the importance of the internet when it comes to schoolwork. More than 18 percent of U.S. students lack internet access at home, which makes doing online homework a challenge and in some cases nearly impossible.