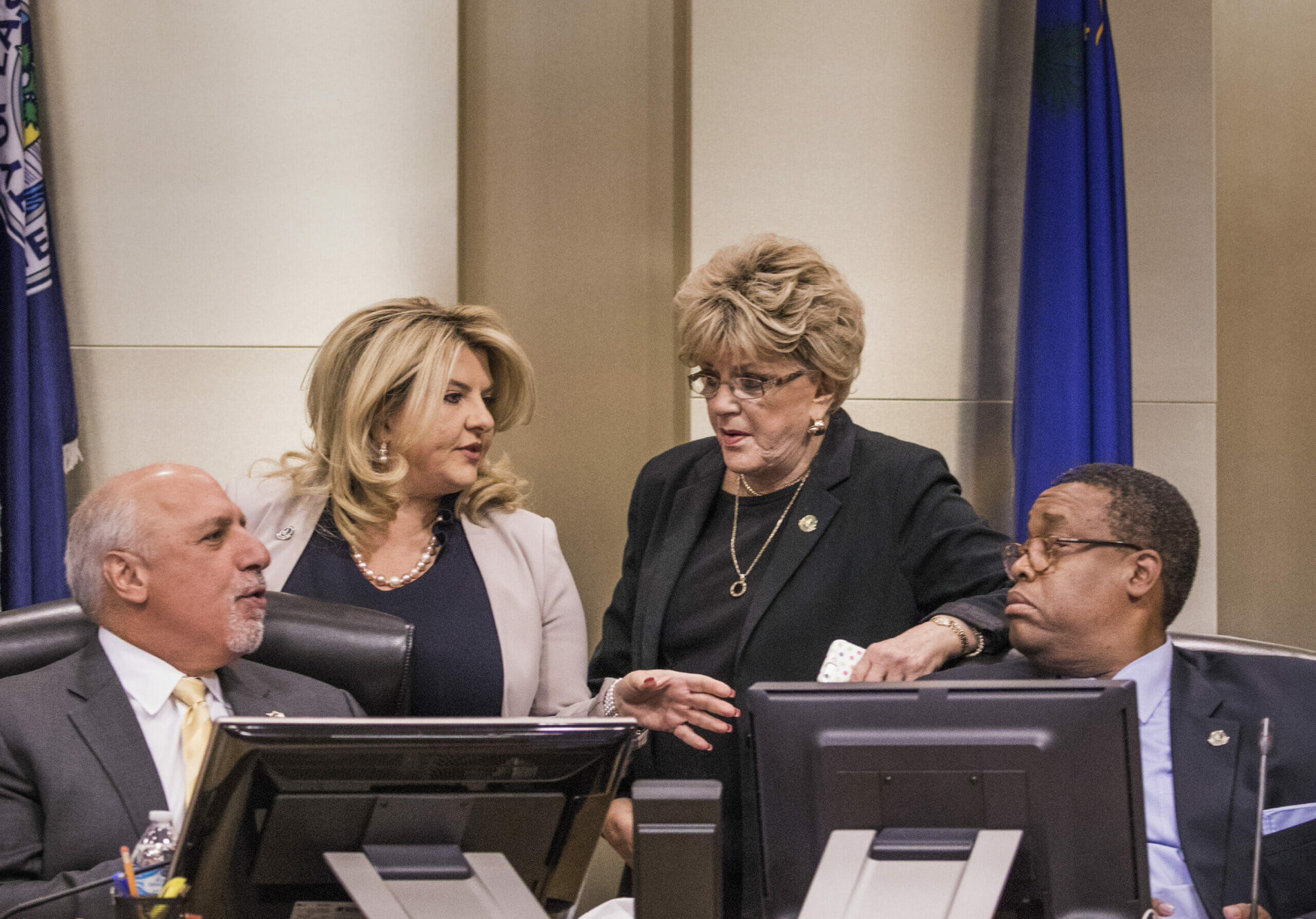 Amid protests and calls for addressing violence and systemic racism against African-Americans in Nevada and across the country, the Clark County Republican Party said Las Vegas Councilwoman Michele Fiore made “racially charged remarks” at its convention over the weekend.

Several attendees said Fiore’s remarks came in the context of her opposition to affirmative action. Party officials did not specify what Fiore, who is also the Republican national committeewoman, said, but headlined their release “Clark County Republican Party Rebukes Racially Charged Remarks.”

“We regret and rebuke Ms. Fiore’s remarks as irresponsible, insensitive and inaccurate,” the release from Chairman David Sajdak said. “Furthermore, we call on Ms. Fiore to issue an apology to those in attendance and the community at large.”

Niger Innis, a conservative activist who is black and who was at the convention, said that Fiore’s remarks came as she was expressing anger over Black Lives Matter protests that had turned violent and the shooting of a Las Vegas police officer that happened at a recent demonstration. She said that she was going to go after affirmative action, Innis said.

“She says that ‘If there’s a job opening and my white ass is more qualified than somebody’s black ass, then my white ass should get the job,’” he recounted from her remarks in an interview with The Nevada Independent on Tuesday.

Innis said the concept that “the Constitution is a colorblind document” is something that most conservatives, including himself, believe.

“It was sloppy the way she did it. But it was not racist,” he said of the comments.

He thinks that Fiore is under attack by people who want to depose her from her RNC committeewoman post, and that he put out a video Tuesday offering his full support to her.

Sajdak, in a text to The Nevada Independent, said that he knows of no recording of the speech but "we strongly condemn the statement and disrespect shown."

On Monday, Fiore had responded to a phone call and text-messaged request for clarification about an account of her speech that had been posted earlier to social media by refusing to comment.

“No I don't, Absolutely WRONG and inaccurate please do not text my personal cell with rubbish,” she wrote.

However, in a tweet on Wednesday, Fiore attacked the chair of the Clark County Republican Party for rebuking her and noted that, “if anyone in the CCRP is offended by the word ‘ass’ or my New York Style, my apologies.”

The remarks came in a speech Fiore gave addressing an assembled crowd of around 250 people at the Clark County Republican Convention on Saturday at the Ahern Hotel and Convention Center in Las Vegas.

About the same time that the press release came out on Monday, Fiore tweeted a picture of herself holding a photograph of George Floyd, who recently died at the hands of the Minneapolis Police Department.

“Hello everybody, I would like to introduce you to my Black Engagement Coordinator for my office for the City of Las Vegas! Meet Michael J Armstrong Jr ‘Little Mike,’” the tweet said.

In the photograph, Armstrong held an image of Metro Officer Shay Mikalonis, who was shot at a protest in Las Vegas.

The party emphasized that Fiore’s words were “not reflective of Republican nor of American values … were clearly inappropriate and ran counter to the thoughtful remarks of every other speaker.”