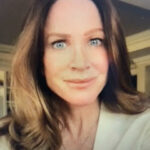 Maureen Schafer
May 8th, 2021 - 2:00am
A legislative employee places a mat outside the building on the first day of the 81st session of the Legislature in Carson City on Monday, Feb. 1, 2021. (David Calvert/The Nevada Independent)
Clearing up misconceptions about the push to change the Board of Regents

I’m writing on behalf of Nevadans for Quality Higher Education, the coalition of over 70 individuals and organizations from across Nevada that endorsed YES on last year’s Ballot Question 1. We would like to clear up some common misconceptions about what Senate Joint Resolution 7 (SJR7) is and the intent of the resolution.

At its core, SJR7 seeks to settle conflicting statutes and constitutional provisions governing the Board of Regents. By ensuring that the Board – and through them, the Nevada System of Higher Education – is on the same playing field as every state agency including the State Board of Education, we can help ensure transparency and accountability in its actions and that the $1 billion dollars it receives every biennium is going to the classroom.

There have been some questions raised, mainly by those who opposed Question 1 last fall (which narrowly failed by less than .3 percent or 2,877 votes, to be exact), about why there is a need to do this again. In responding to their question, first, let’s be clear: the problem has not gone away. There continues to be excesses by the Board of Regents in their spending, how they continue to raise tuition and fees on students and families while in the midst of a pandemic, a lack of transparency of where the money is going, and why we if rank 24th in the nation in per-student spending, do we also rank 46th in student attainment (graduation or completion of an educational program)? None of these problems can be fixed without first ironing out the conflicting statutory and constitutional questions SJR7 seeks to fix.

Second, it’s clear that many voters did not feel informed enough to make a decision about Question 1. In two polls conducted by our coalition prior to the election, 45 percent of voters said they did not understand or have an opinion on Question 1 after the ballot wording was read to them. Furthermore, of the 1.4 million Nevada ballots cast last fall, over 150,000 left Question 1 blank – that’s over 50 times the size of the margin of defeat (2,877 votes).

Third, we do not think it’s too soon for the Legislature to begin the process of referring SJR7 to voters. Under Nevada law, such proposals have to pass in two legislative sessions before they can appear on the ballot. In this case, SJR7 would need to be approved by the legislature in 2021 and 2023 before appearing on the 2024 ballot – four years after the previous vote. Plenty of time to allow voters to learn more about the issue and how having more accountability over our tax dollars will ensure they reach the classroom.

Fourth, and most importantly, SJR7 is about strengthening our higher education system, so it fulfills its mission to students, faculty, our individual institutions, and the taxpayer. States like Utah and Arizona long ago reformed their systems so they were more responsive to the needs of the public. Nevada’s system over 150-plus years has increasingly grown insular, wasteful, and focused on priorities that do not align with a changing world or a competitive job market. That is why as part of SJR7 we have a public auditing board that will look not only at where the money is going but also our return on investment.

By bringing transparency and accountability to Nevada’s higher education system, we will be moving together in one direction: forward. Therefore, this coalition and nearly every state lawmaker on both sides of the aisle are dusting ourselves off from 2020 and moving ahead with building a higher education system that benefits all of us.

Maureen Schafer is the Executive Director of the Council for a Better Nevada, a coalition of individuals who seek to improve quality of life issues in Nevada. Nevadans for Quality Higher Education is a bipartisan statewide coalition made up of over 70 individuals and organizations across the state who support higher education reforms.