Clowns to the left of me, jokers to the right 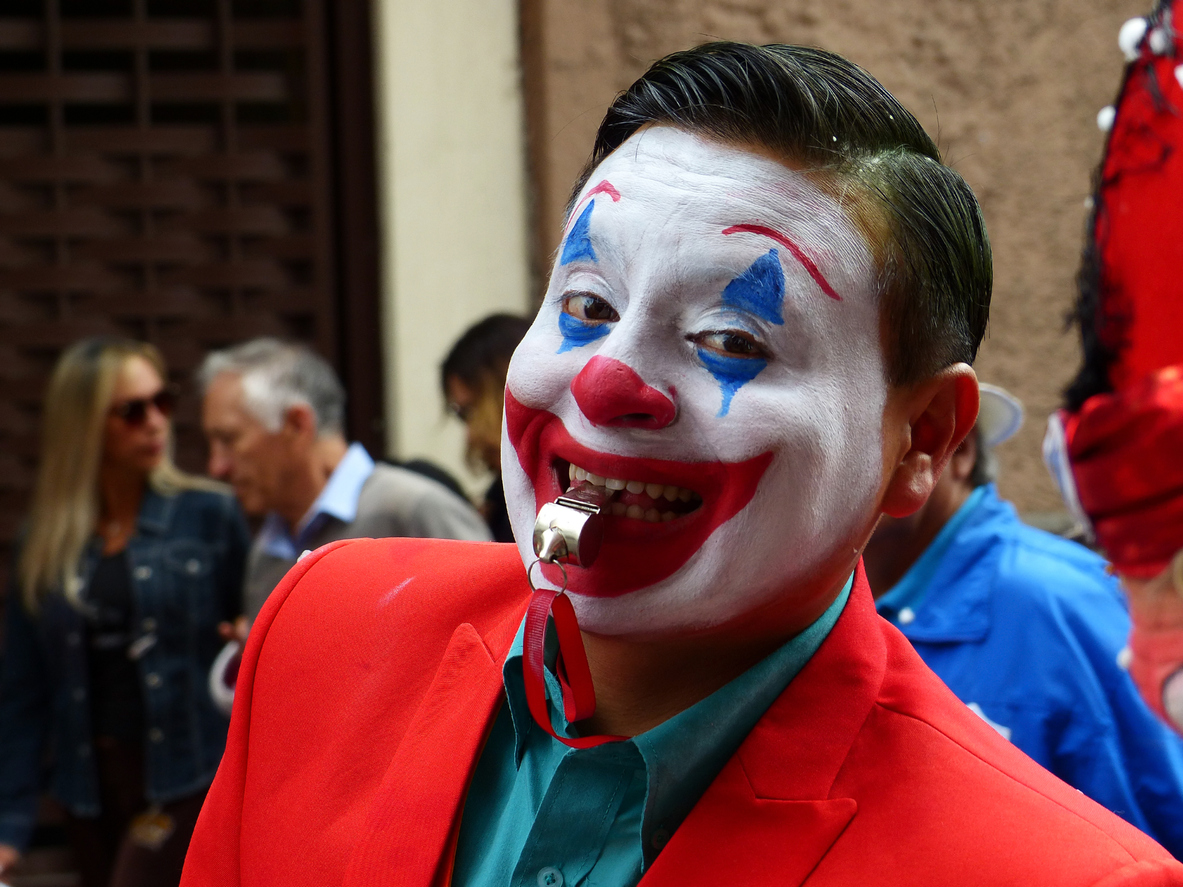 Earlier this month, California’s Democratic governor survived a recall effort by a margin that approximately matches the Democrat vs. Republican breakdown. And just last week the audit of Arizona’s Maricopa County election results fell far short of showing the election was “stolen” by Joe Biden in 2020.

In other words, it has been a reasonably predictable couple of weeks, as far as politics are concerned.

The reaction to both of these events among some Republicans on social media, however, underscored a disturbing trend in partisan politics. High profile Republicans—including former President Donald Trump—insisted (even before the votes were finalized) that California’s wholly predictable recall outcome was somehow indicative of voter fraud, and later insisted Arizona’s spectacle justifies the decertification of the 2020 election.

Between those two narratives alone, it has become readily apparent that the portion of politically active Americans willing to place themselves in an imagined alternative reality is astoundingly high.

As Steven Greenhut opined in the Orange County Register, Republicans’ postmortem in California should be focused on decidedly poor messaging and campaign rhetoric—not some imagined world in which the only way a heavily Democratic state could refuse to recall a Democrat governor is through fraud or malfeasance.

To be sure, there were plenty of reasons for Californians of all political backgrounds to consider recalling Gov. Gavin Newsom — but the Republican propensity to wave Trump flags and campaign as if California had somehow become a bastion of conservative thought didn’t do much to persuade the progressive (or even moderate) voters necessary for electoral victory in the Progressive People’s Republic of California.

In other words, Republicans were talking and campaigning primarily among themselves in a state where they are increasingly a minority share of the electorate. Hardly a winning strategy, but one with which many Republicans are too happy to engage in nowadays.

Which brings us nicely to the reactions of Arizona’s audit results on Friday.

The most ardent supporters of the audit efforts didn’t merely use items in the report as potential ammunition to shore up support for future election reforms; they cheered the results as justification for decertifying the results of the 2020 election—as if a report from a team of novice “auditors” with close ties to Republican politics, and little knowledge of vote tabulation processes, would somehow persuade any official government institution to take a mulligan on the 2020 election and evict Joe Biden from 1600 Pennsylvania Avenue.

Even for those who truly doubt the official results of the 2020 election, such a belief—that a partisan-backed audit of one county would precipitate the reversal of an election that took place more than 300 days ago—should seem like the makings of fantasy. And yet, like Mike Lindell’s prophecy of Trump’s (eventual) presidential resurrection, Friday’s spectacle in Arizona was red meat for those who have ensconced themselves in social-media bubbles of like-minded partisans.

Certainly, such chaos and blind party-loyalty among Republicans is likely to please Democrats looking for some easy electoral wins. However, Democrats shouldn’t merely sit back and relish in the spectacle of certain Republican politicians tarnishing their own party’s brand. After all, the Democrat brand isn’t exactly being managed by Don Draper. Democrats in Congress are struggling to advance their preferred policies as moderates clash with leadership that has been pressured by young idealists to move ever-further left and President Joe Biden’s popularity continues to sink.

As George Will argued, the likes of Alexandria Ocasio-Cortez might well change the trajectory of the Democratic Party in the same way Barry Goldwater changed the Republican Party half a century ago. And yet, Democrats seem unwilling to acknowledge how such a leftward march has disenfranchised many potential supporters—even as they face the political realities of being unable to advance legislation in a federal government that they, themselves, currently control.

Just as some Republicans seem interested in talking only to those fellow partisans who proudly wave their Trump flags and “Stop the Steal” bumper stickers, Democrats have operated in a similar state of echo-chamber extremism—seemingly unaware that their very narrow electoral victories in 2020 might have been less about their progressive politics, and more about the general dislike of the Trump-era Republican brand. Democrats should ask themselves how much of their current majority is truly the result of populist approval rather than the binary choice voters had to make between worse and worser.

Besides, as much as Democrats might like to relish in the schadenfreude of watching Lindell & Co. drag down Republican popularity, it wasn’t that long ago that they too dabbled in the waters of unhinged conspiracies—screaming about “Russian collusion” with a similarly blind partisan stubbornness. In retrospect, that mainstream Democrat narrative—sparked by poorly vetted opposition research funded by the Clinton campaign—harbored many of the same qualities as the relentless efforts by Trump loyalists to cast doubt on the legitimacy of our current president. Both parties, it seems, have large contingents of voters, donors and politicians eager for such narratives—regardless of how it might be received  among moderates.

Such partisan propensity to cater to the extremes has not done much to shore up the base of voters for either major party. As with Arizona, an increasing share of Nevadans have found themselves politically-homeless at the moment—feeling disenfranchised by the socialist rhetoric coming from Democratic progressives as well as the Trumpian loyalty of many Republicans.

The last couple of weeks ought to give Republicans reason to step back from the bubble-wrapped echo chamber of political Twitter and reflect on just how little progress their current partisan fervor has gained them among the broader public. However, Democrats also need to take stock of what their brand means to average voters. After all, it’s not a strictly partisan problem—as the Democratic Party’s continued march toward the progressive edges of American culture might just demonstrate in due course.

The race in both parties to the delusional fringes of their illiberal limits is not just worrisome for the electoral prospects of more reasonable political hopefuls, it’s increasingly nudging both parties toward being decidedly unrepresentative of a growing number of ordinary Americans.

After all, for many voters it increasingly feels as if the 1972 hit by Stealers Wheel has become the unofficial anthem of modern partisan politics—with clowns to the left of us, and jokers to the right.

And that tune is going to get old.