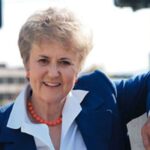 Nevada’s community colleges have never been given the full support and recognition they deserve, largely a consequence of being subsumed in a system that is dominated by the state’s two universities. Universities will always be center stage in such a hybrid mix, with community colleges occupying the second row. Community colleges can’t compete for funding and backing in such an arrangement and would be better served under a separate governing board.

I speak from the long experience of having served on Nevada’s Board of Regents for 18 years, followed by 20 years of national consulting work with colleges and universities across the country. Nevada’s community colleges are not only key to the state’s economic future, but provide a college pathway for more than than half of Nevada’s post high school students. These colleges are often the educational route of choice for Nevada’s minority students; it is the more affordable option for all students with upward mobility aspirations and limited funds — a ticket to the middle class.

The community colleges are jewels in the crown of Nevada’s higher education system, ones both undervalued and underfunded. Flexible class scheduling allows community college students to work half or full time which nearly all of them do. The workforce training these colleges provide is a critical engine for Nevada’s economic development. The transfer option for those pursuing a four year bachelor’s degree and completing the first years at a community college has shown itself to be more affordable, and an equal or better educational experience. Research shows that community college students transferring into the universities often do better than students who begin at the universities. Smaller classes and professors devoted singly to teaching explain their educational success.

Without the strong and devoted alumni base and glamorous sports programs the big universities have, the community colleges work outside the spotlight — but the impact they have on Nevada’s students and economic health is immense. They deserve more support than they have managed to secure in a system where they have always played second fiddle to the universities.

A bit of history is helpful. In the early ‘90s, as a newly elected regent, I headed a task force focused on the community colleges and their concerns with being an undervalued component of Nevada’s higher education system. Holding listening sessions on the campuses and examining the evidence, we determined that our community colleges clearly were underserved in the governance system, and adopted recommendations to address the shortcomings. We changed the name of the system (which then was the University of Nevada System) to include the colleges, and we directed regent meetings to take place on the community college campuses in order to educate the regents (nearly all university graduates) of the role the community colleges play in educating Nevada’s students. We also called for the appointment of a vice chancellor for Community College Affairs, and hired one accordingly. After two years, we discovered that creating such a buffer between the regents and the community colleges was disempowering rather than supportive and discontinued the position. The reforms we enacted were a

step forward, but didn’t begin to close the gap between the support and funding the colleges compete for and deserve in a university dominated system of governance.

Many in the Legislature have recognized the inequities in the higher education structure and have sought relief through a constitutional amendment to shift control of the higher education system to the Legislature. It has been on the ballot three times, and has failed every time. Nevadans prefer to elect their regents, and don’t want to lose their voting rights. Breaking up the system to give the community colleges their own independent governing structure has even been viewed by some as prohibited by the constitutional provision directing governing authority to a board of regents of the University of Nevada. I’m not convinced that the language of the Constitution prohibits separating the two systems, as the community colleges are not even referenced (they were not in existence at the time that the constitutional provision was written).

Nevada State College, which Regent Thalia Dondero and I championed into existence at the turn of the century, probably suffers a similar funding disadvantage in Nevada’s higher educational system. Larger states have three tiers of higher education — community colleges, state colleges and research universities — under separate governing systems. As Nevada has only one state college, that makes little sense at this juncture. I hope to see more. Whatever the remedies before the Legislature, I urge our elected representatives to finally give Nevada’s community colleges the life-support and recognition they deserve with an independent governance structure.

Jill Derby, Ph.D., was elected to three terms on the Board of Regents, serving as chair from 1988 to 2006. She was also a leader in the establishment of Nevada State College in Henderson. Appointed in 2012 by Sen. Harry Reid, Derby now serves on the National Advisory Committee on Institutional Quality and Integrity. She also serves as co-chair and ambassador on the Council of Board Chairs, and is board chair of the American University of Iraq, in Sulaimani, Iraqi Kurdistan. You can follow her on twitter @jderby9 or email her at [email protected]