Companies pull out of funding package for wastewater pipeline to TRIC, but they say the project will continue 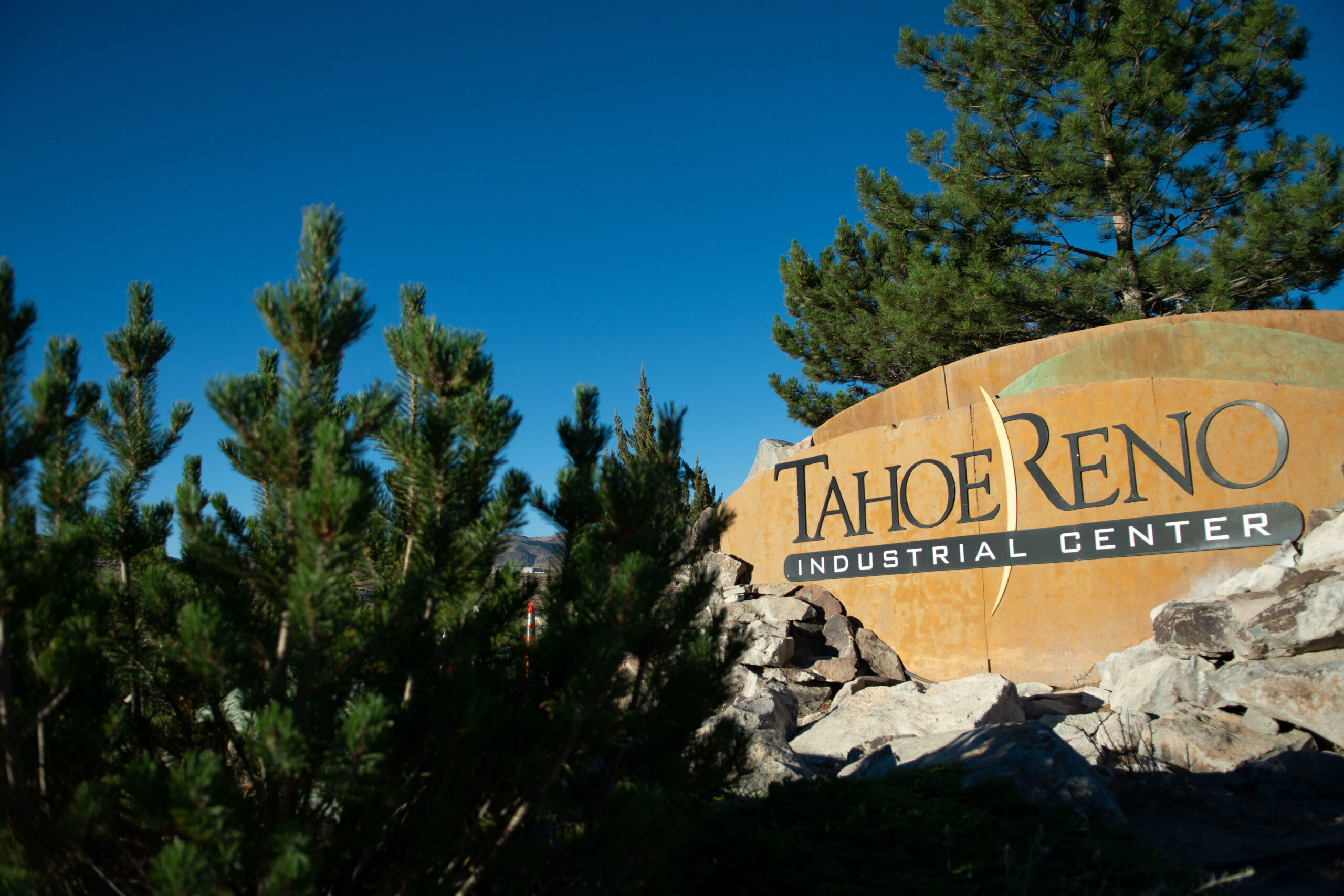 After several companies decided not to pursue a funding package for infrastructure to send reclaimed wastewater to the Tahoe Reno Industrial Center (TRIC), the Storey County Commission tabled its approval of financing for the project at a recent meeting in October.

For months, companies at TRIC, such as Tesla and Switch, have sought to build a 13-mile pipeline to connect the park with the region’s main wastewater treatment center in Sparks. Doing so would allow companies to supplement their water use with a recycled supply.

Last month, an interim legislative board approved a funding package in which the state would issue $35 million in bonds to help complete the pipeline if the companies paid them back through a Special Assessment District, a designation that tethers an infrastructure tax to their property.

But in the past two weeks, the funding structure for the deal collapsed.

A lawyer for the industrial park’s General Improvement District, which will own and operate the pipeline, confirmed that a couple of companies withdrew their support for using a special assessment as a financing tool. Robert Sader, the lawyer, said in an email that  “there was a lot of concern by all that the [special assessment district] approach had some serious downside.”

“This was not the fault of the county or the state,” he added.

One company, Sader confirmed, pulled out of the pipeline project altogether.

Sader said TRIC intends to complete the project even if an assessment district is not put in place. At this time, Sader said that the pipeline will no longer be funded through bonding.

“The consequence is that the pipeline will still be built by the master developer, Tahoe-Reno Industrial Center, LLC, and each [water user] will still pay its share of costs, but construction will not be funded by a bond to be paid back over time by assessments,” he said.

Over the past year, the Reno and Sparks city councils signed off on tentative versions of the pipeline plan. But when the issue of financing the pipeline came before Storey County on Oct. 2, the county moved to postpone a vote on the project, according to minutes of the meeting.

Late last week, one of the six participants withdrew from the financing structure,” Storey County Manager Pat Whitten said, according to the minutes. “This significantly changes the proposal on many levels and there are now a multitude of questions needing to be answered.”

After the companies changed course on the funding, Storey County also decided to postpone a vote on a tax increment area, which would contribute some public funding to the project. That aspect of the proposal had been criticized by legislators at a finance committee in September.

According to the minutes, the Storey County Commission Chairman Marshall McBride moved to take the TRIC pipeline off of the agenda and table a vote until there was a revised plan. Lance Gilman, a TRIC developer and a county commissioner, recused himself from the proceedings.

Sader said that most of the companies still support the concept of sending reclaimed water from the region’s wastewater treatment plant, the Truckee Meadows Water Reclamation Facility, to the industrial center. The main difference, Sader said, is that some of the companies no longer support using a special assessment district, which would put a lien on their properties. Because of non-disclosure agreements, Sader could not say which companies pulled their support.

Although financing for the pipeline project has met turbulence over the last year, the pipeline project itself has been cast as a win-win. Regional growth, due in part to the presence of big employers like Tesla, is already straining municipal infrastructure. Reno, Sparks and Washoe County are looking at capacity problems in their sewer systems as more development comes online. There is a limit to how much water the treatment plant can discharge into the Truckee River, one of the country’s most regulated waterways, without creating issues with its chemistry.

By leasing their treated wastewater to TRIC, the municipalities would be able to alleviate some of their infrastructure capacity issues in the short-term. At the same time, the companies would be able to make use of recycled water, a solution that squares with their environmental goals. For the industrial park, it would ensure there was an adequate water supply as it grows.

“It’s really an innovative and progressive way to do water management," Paul Anderson, the executive director of the Governor’s Office of Economic Development, said in an interview last month.

The state-backed bonds were only meant to cover the initial build-out of the project, a 13-mile pipeline from the wastewater treatment facility to the park. Landowners at TRIC are expected to pay an additional $80 to $100 million in on-site infrastructure to move and store the wastewater.

But elements of the plan have been criticized.

Although the finance committee voted unanimously to authorize state bonds for the project, the Reno-Gazette Journal reported that at least one lawmaker questioned why the state was contributing water rights.

“In a state where water is everything … I have never heard of water just being given away.” Assemblywoman Teresa Benitez Thompson said, according to the paper. “We are essentially giving this water. We will not be getting any compensation for this water.”

Update: This story was updated at 9:22 a.m. on Oct. 16, 2018 to add more information about why the companies decided not to pursue the special assessment district.