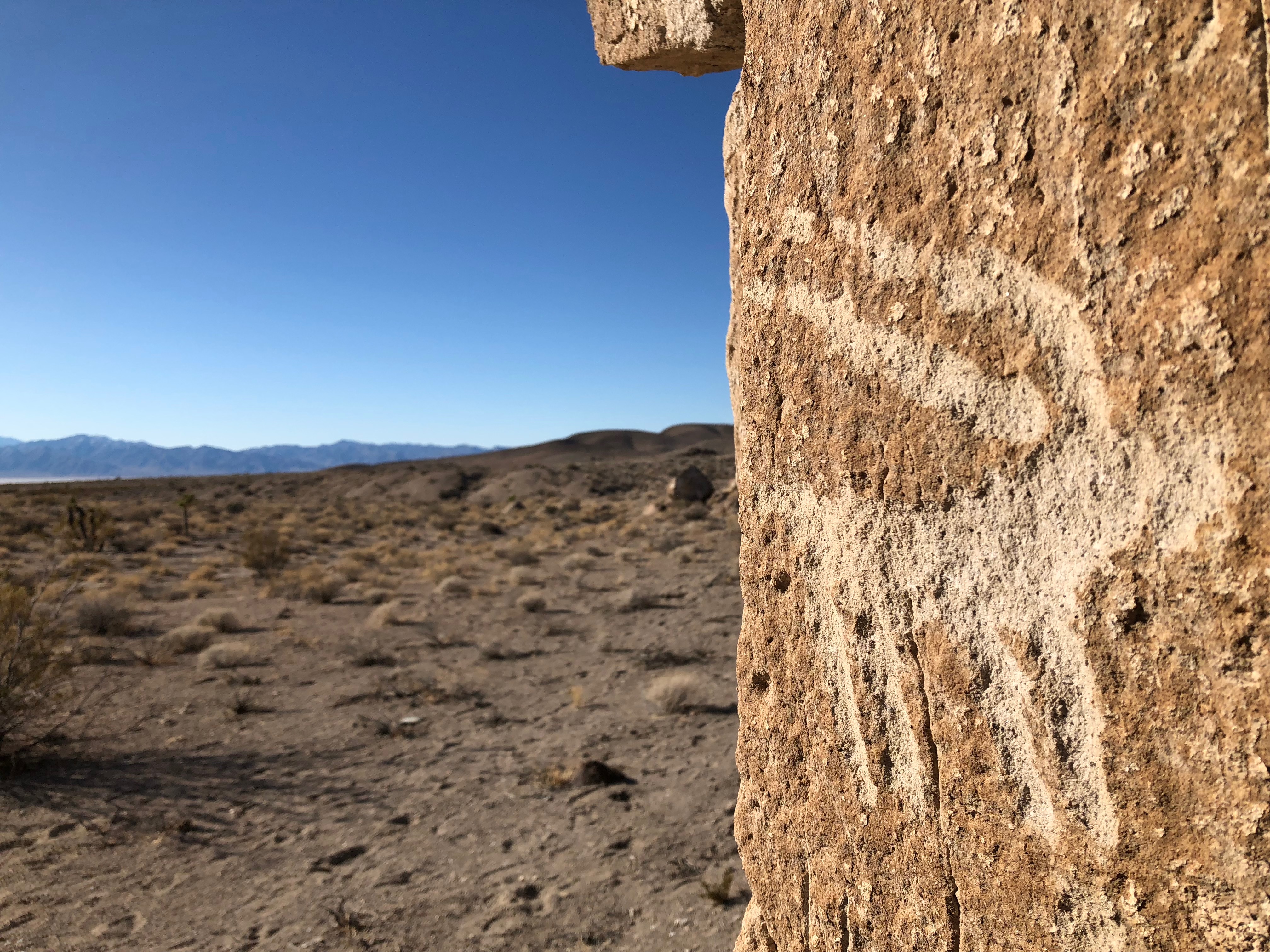 Sen. Catherine Cortez Masto said Thursday that the military’s proposed 300,000-acre expansion of the Nevada Test and Training Range does not “balance” different public land uses, the first time the senator has shared her position on the issue.

On Thursday, Cortez Masto introduced compromise legislation supported by the entire Nevada delegation that would limit the proposal to roughly one-third of the military’s original ask — about 98,000 acres. The legislation would allow the military to build 15 new threat emitters in the area.

The Air Force wants to expand its Southern Nevada testing facility to better simulate modern combat wherein planes drop bombs from greater distances and elevations. But the plan has been met with bipartisan pushback from groups across the state. To expand, the military had requested the use of nearly 300,000 acres of land inside the Desert National Wildlife Refuge.

The Air Force already controls about 2.9 million acres at the testing range. Adding more would bite into the largest wildlife refuge in the contiguous U.S. The expansive refuge, established in 1936, protects bighorn sheep habitat, multiple ecosystems and cultural sites important to tribes.

Tribes, recreationists, hunters and environmental groups worried that opening up large chunks of the refuge to the military could limit public access and damage the integrity of the land. Earlier this year, the Legislature passed a resolution stating its opposition to the proposal and urged Congress to work on an alternative. The resolution passed with only three dissenting votes.

The Democratic senator said during an interview with The Nevada Independent that her office arrived at 98,000 acres after weighing the military’s needs, conservation values, recreation access and the protection of important cultural sites.

The bill would allow the military to use about 48,000 acres in the refuge. The other roughly 50,000 acres, outside of the refuge, would serve as a buffer to prevent trespassing, according to a spokesperson for the senator.

“As somebody who grew up in Southern Nevada, I believe in the mission of Nellis Air Force Base and the important testing that they do there,” she said. “That’s balanced with the beautiful and pristine areas in Nevada that so many people, including me and my family, utilize for hiking and outdoor recreation and hunting. It’s all about finding that balance. To meet that is important.”

The Air Force already uses about 800,000 acres in the refuge, though the U.S. Fish and Wildlife Service has primary jurisdiction over managing the land for conservation. Several groups were concerned the military’s proposal would give the Air Force primary control, allowing it to make decisions about 1.1 million acres within the refuge. The delegation’s proposal prevents that.

Under the bill, the U.S. Fish and Wildlife Service would retain primary jurisdiction of the refuge, and continue co-managing certain areas of it with the military through a memorandum of understanding.

“We’re glad the senator pushed back,” said Patrick Donnelly, the Nevada director at the Center for Biological Diversity. “She’s proposing giving them nine percent of what they asked for.”

But Donnelly said he would like to see something that does not expand the military’s influence.

“We’ve said not one acre all along,” he added.

The proposal comes during the military’s administrative process. The military’s statutory ability to use the testing range expires in 2021. Congress must act before then. The military has been preparing for the renewal for years, hosting several public meetings and conducting an environmental impact statement on the request. The legislative proposal provides an alternative framework.

Christina Sukach, a spokesperson for the Air Force, said on Friday that the military has submitted its proposal to the Department of Interior for further review.

"The Department of the Interior is scheduled to provide the casefile to Congress in May 2020 at which point Congress is expected to take it up for inclusion in the 2021 National Defense Authorization Act," Sukach wrote in an email. "Of note, the Legislative Environmental Impact Statement is our proposal to Congress.  Congress may choose to approve all, some or none of the options provided in the [proposal], or create their own.”

The proposed legislation is backed by the entire Nevada delegation, and Rep. Steven Horsford is expected to introduce a similar version in the House of Representatives. In October, Horsford became the first member of the delegation to oppose the military’s proposal. Several candidates running in the Democratic primary have come out against the military’s 300,000-acre proposal.

“The [Desert National] Wildlife Refuge is one of the most pristine and unaltered landscapes in the U.S.,” Horsford said in a statement. “It has been protected as a vital sanctuary for Nevada’s natural environment and wildlife for more than 80 years. I am proud to support this legislation, which will be the largest conservation bill in the history of the state of Nevada.”

The legislation creates about 1.3 million acres of wilderness within the refuge. Many areas are already managed as proposed wilderness, but the bill would make the designations permanent.

Shaaron Netherton, the executive director of Friends of Nevada Wilderness, said in an email that she hoped that proposal would “keep the military from making future grabs of the refuge.”

“While we would have preferred to see no additional lands within the Desert Refuge given to the military, we understand that Senator Cortez Masto is working to solve a complicated and difficult issue pitting a National Wildlife Refuge with national defense,” she said. “We look forward to working on improvements that could strengthen wildlife conservation on the Desert Refuge.”

In addition to protecting access for the broader public, it would help tribes access their ancestral lands. The legislation would also establish a Tribal Resource Officer. The resource officer would work with local tribes to help inventory cultural resources and mitigate disturbances.

Cortez Masto described the bill as “a collective effort.” She said the delegation worked together to reach a consensus after meeting with tribes, conservationists, sportsmen and the military.

The draft legislation comes as the Nevada delegation considers several proposals for bills that address federal public land. More than 85 percent of Nevada’s land is managed by the federal government, often leading to issues over land management that must be resolved by Congress.

The delegation’s lone Republican, Rep. Mark Amodei, said in a statement that a deal on the Air Force training range could “serve as a springboard for the Clark County lands bill update.”

“I was pleased to see the concepts unveiled in the meeting and look forward to refining and finalizing Nevada’s concerns as a delegation while continuing to work alongside the USAF and other relevant stakeholders so this can be a win-win for everyone involved, and serve as a springboard for the Clark County lands bill update,” Amodei said.

Update: This story was updated at 9:10 a.m. on Friday, Dec. 20 to provide more information about the proposed legislation and a response from the Air Force.