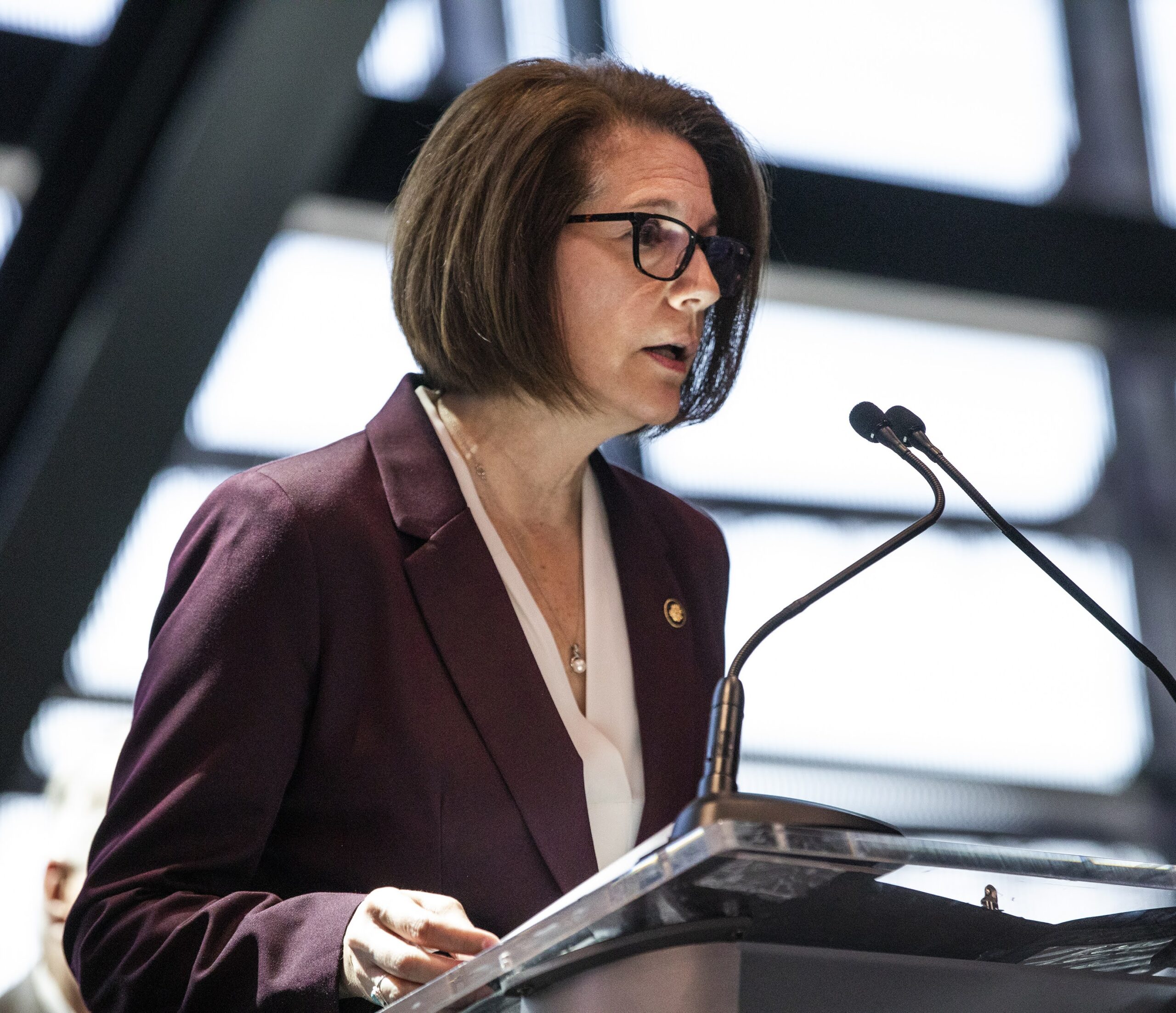 Cortez Masto said she disagreed with the White House’s blanket forgiveness of up to $10,000 in federal loans for income earners making less than $125,000 because it does not address underlying issues with college affordability. She instead called for targeting forgiveness to families most in need and expanding federal Pell Grants, which is funding awarded to undergraduate students demonstrating exceptional financial need.

“I don’t agree with today’s executive action because it doesn’t address the root problems that make college unaffordable,” Cortez Masto said in a statement. “We should be focusing on passing my legislation to expand Pell Grants for lower income students, target loan forgiveness to those in need, and actually make college more affordable for working families.”

Along with fulfilling his campaign promise to forgive up to $10,000 in federal loan debt for borrowers, the president’s executive order grants an additional $10,000 to those who had received federal Pell Grants. The order also extends the pause on federal student loan payments a final time through Dec. 31.

Cortez Masto is in one of the most competitive re-election races in the country against Republican Adam Laxalt, who blasted Biden’s plan as an insult to families who had paid for college through savings and to those who did not go to college.

Laxalt’s criticism echoes the talking points of many Republican leaders who have pointed out that the pause on interest and payments has cost the federal government at least $95 billion.

“The Biden/Masto $300 billion student debt bailout is unconstitutional, immoral, and fundamentally bad policy,” he said in a lengthy statement. “It will line the pockets of the wealthiest Americans and fuel the flames of inflation, layering further pain on the back of Nevada families already struggling to get by.”

Despite Cortez Masto’s opposition and push to support a bill she introduced to reform the country’s student loan program, other Democratic leaders at the federal level applauded the forgiveness, including Rep. Dina Titus (D-NV).

“At the start of the pandemic, the Biden Administration acted immediately to pause student loan payments to help struggling borrowers make ends meet,” Titus said. “Today’s announcement goes one step further in making higher education more accessible for everyone, especially women and people of color who are disproportionately harmed.”

Rep. Susie Lee (D-NV) said the plan would “provide relief for millions of Americans” but said it only temporarily addresses a symptom of college unaffordability.

“Every American should have the option to pursue higher education without taking on crushing debt,” Lee wrote in a statement to The Nevada Independent. “We also need to hold predatory institutions to account and make sure programs offer students real value and preparation for their careers ahead.”

Democratic Rep. Steven Horsford did not immediately respond to inquiries about the policy.

In a statement to The Nevada Independent Wednesday, Sen. Jacky Rosen (D-NV) echoed Cortez Masto, noting that the cost of obtaining higher education has gotten “out of control.”

“I have concerns that this plan won’t actually fix the underlying issue of spiraling costs,” Rosen said. “We need comprehensive, long-term solutions to permanently bring down higher education costs, reduce financial barriers for working-class families, and make it easier to pay off student loans. ”

Republican Rep. Mark Amodei took the criticism further, lambasting the president for trying to garner votes ahead of what’s expected to be a tough midterm election for Democrats and penalizing those who paid off their loans.

“The unprecedented cynicism toward voter intelligence continues to be out of control by this Administration. Nobody knows how much this really costs,” Amodei said in a statement Thursday.

Amodei also hinted at future lawsuits challenging the executive action, which he called a “political stunt.”

As of April 3, nearly 350,000 Nevada residents, or about 11.3 percent of the state’s population, carry student loan debt. Those residents account for about $11.8 billion in student loan debt and carry an average debt of $33,743. Officials with the state treasurer’s office said it is unclear how many people the federal forgiveness will affect.

At 18 percent, the state has one of the highest student loan default rates in the country, and many borrowers had set their sights on more student loan relief as the last payment pause was set to expire on Aug. 31.