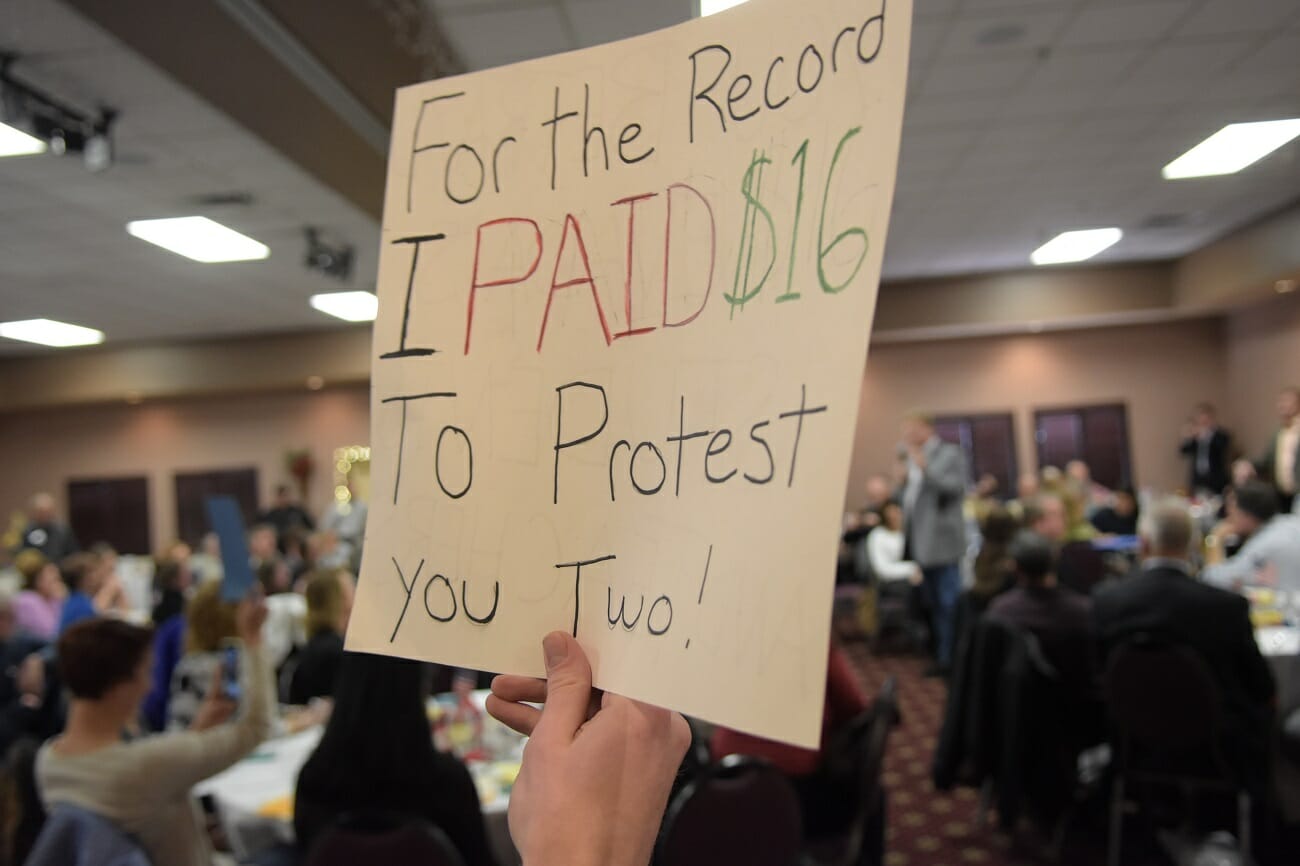 It was supposed to be a friendly business luncheon, but Republican Rep. Mark Amodei and Sen. Dean Heller were beset by angry voters and hundreds of protesters during a 45-minute question and answer session in Carson City.

The Wednesday gathering was marked by interruptions from crowd members, who asked the two Republicans pointed questions about repealing the Affordable Care Act, public lands and their support for President Donald Trump.

Both lawmakers blamed congressional leadership for inaction on issues like immigration and said they would support or oppose policies of President Donald Trump based on their merits.

Amodei said that he’ll hold an actual town hall in during the April congressional recess, while Heller stressed the popularity of his telephone town halls while not committing to holding an in-person event.

Both Heller and Amodei are up for re-election in 2018.

The event became so raucous that Carson City mayor Bob Crowell and his wife left halfway through.

You can watch a partial video of the event below: