Disabled veterans in Reno look back on Thanksgivings marked by war zones, the kindness of strangers 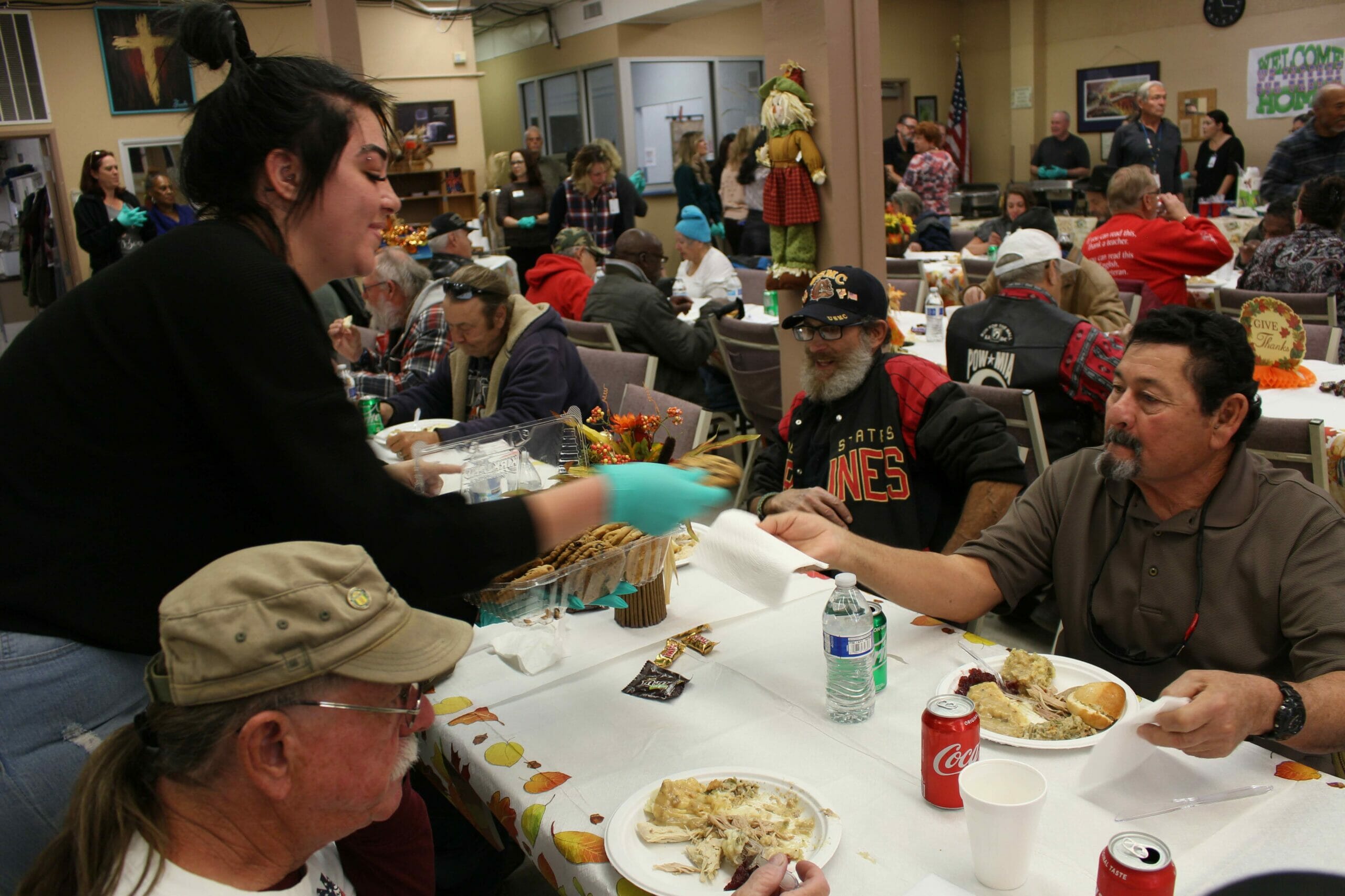 At the annual Reno Disabled American Veterans (DAV) Thanksgiving feed late last week, disabled veterans gathered to give thanks for their families, their country and their health — and to remember holiday seasons abroad that were absent of beloved American traditions.

By the 11 a.m. start time, about 20 veterans were ready to get inside the Voice in the Wilderness Church of God for their Thanksgiving meal, and many more filtered in throughout the day. They wore their service patches and hats, honoring and remembering their individual sacrifices and time in the military as they talked eagerly amongst one another.

For those serving abroad, the Thanksgiving holiday looked like any other day in a war zone: busy with work and missions, and absent of turkey, pie and loved ones.

Ed Leffler, a pilot and flight instructor from Hawthorne, Nevada, remembers the Thanksgiving he spent in Vietnam in 1966.

“We didn't have turkey or anything,” he said.

Leffler had been sent to Tokyo on “rest and recuperation” orders. When he returned to Vietnam, he learned that the crew working on the helicopter he was stationed on had been shot down and killed after he left.

“So, this time of the year is a sad anniversary for me, but I try to keep my spirits up, and I enjoy coming down here to the Wilderness Chapel because veterans, whether they're successful or they've had hard luck or whatever, they're my people,” he said. “They're my people; they're comrades.”

Leffler said he has a lot to be grateful for, including his daughter’s fourth year of sobriety after a heroin addiction, his own health in light of all the friends he’s outlived throughout the years, and the Reno Veterans Affairs office.

Chris Wahle served more than 20 years in different branches of the U.S. military, including the Navy and the New Mexico National Guard. He said his days abroad all run together in his memory, without the distinguishable milestones of being home for the holidays in the U.S. He’s grateful to be back.

Persian Gulf War veteran Jerry Darlington remembers the power of the kindness of strangers during this time of year. While stationed in the Persian Gulf, he was picked up in a limousine and taken to the Saudi Arabian diplomatic headquarters in Riyadh, where a British-American couple welcomed him into their home for dinner.

“As I'm getting to know them there, they lived in Kuwait and they happened to be out of the country when it was invaded, but they lost everything,” Darlington said. “They lost their homes, they lost their cars or livelihood.”

Darlington’s eyes tear up at the memory and his voice shakes.

“And here they are with big smiles, opening their homes to somebody they never met before and truly being thankful,” he said. “It's easy to be thankful when everything is going right, but be thankful when things suck.”

As for what he’s grateful for now?

“The human experience,” Darlington said. “Good, bad or ugly. It's amazing. I think it's unique in the universe.”

Jon Yuspa, founder and CEO of Honor Flight Nevada, said that the non-profit organization, along with the Reno DAV, fed approximately 125 veterans at this year’s event.

About 30 volunteers helped prepare the food, serve it and spend time with the veterans in attendance, including representatives from four hospice centers and the Truckee Meadows Community College Veteran’s Center, which helps assist veterans or active duty personnel.