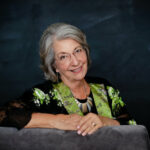 Close to 2,500 Nevadans will be diagnosed with breast cancer this year, and 400 of them will likely die. The National Cancer Institute reports that national expenditures associated with cancer have continued to increase in the United States. Breast cancer remains the costliest at $19.7 billion in 2018 alone. That same year, lost productivity due to breast cancer deaths was estimated at $12.1 billion.

At the onset of COVID-19, when states of emergency were declared and public health restrictions were announced, many medical providers and systems across the country, and here in Nevada, stopped "non-essential" care, screenings, and treatment. This, and fear of contracting the virus, led to a significant drop in cancer screenings.

This pandemic has clearly exacerbated the problem by making access to cancer screening more difficult. There is another piece to this in addition to the fear and restrictions, however. Cost. Due to the high out-of-pocket costs coupled with significant unemployment and loss of jobs during the pandemic, many women – and men - put off getting screened even when they have indications of cancer.

If more funds were made available for free or reduced fee cancer screening, cancer could be diagnosed earlier, when treatments are more likely to be effective. Early screening not only positively impacts the individual but our health care system as well. Treatments for later diagnosis are typically longer and more costly.

Thankfully, there are available resources. For example, the Women's Health Connection and continued funding for its screening programs was included in Gov. Steve Sisolak’s budget. We will continue to watch and advocate for this funding – and the need for other sources – throughout the legislative session to ensure that this funding is not reduced or removed. We need more though — not just for breast cancer, but all cancers. It cannot be stressed enough that early detection saves lives.

As a cancer patient and survivor, I have a vested interest in wanting to make early cancer screening widely available and have funding in place for screening. Had I been diagnosed earlier; I would have had better odds of recovering. As it was, I was diagnosed de nova at stage IV. I am thankful for my now clear scans and am using my experience to spread the word on the critical need for early screening.

There is no denying the effect that COVID-19 has had on screening and that we all need to do all we can to reduce transmission, but it is also of the utmost importance that people no longer postpone their cancer screenings. Widespread safety measures have been instituted and more virus prevention awareness is known, so don't risk your long term health – and possibly your life – by not being screened!