Don’t pump the brakes on EV adoption in Nevada 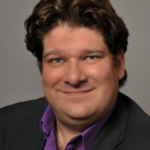 In just a few short years, Nevada has emerged as a national clean energy leader. Through smart policymaking and a climate-savvy administration, Nevada is now a market leader in renewable energy adoption. State leaders and voters alike recognized that just because energy had been generated by oil and coal in the past, it didn’t have to stay that way.

Nevada has a chance to adopt that same forward-thinking approach stance when it comes to electric vehicles (EVs). Just because cars have traditionally been sold through a franchised dealer network doesn’t mean they always have to be sold that way.

Assembly Bill 114, sponsored by Assemblywoman Rochelle Nguyen, would allow EV-only manufacturers to sell their vehicles directly to consumers without the franchise dealer acting as the middleman. This direct sales method is already available to consumers in nearly every other part of our economy: electronics (Apple Store), furniture (IKEA), produce (farmers’ markets) and even personalized stationery (Etsy). It’s a common method of sales, except for the new car market.

In Nevada, by law, only franchise dealerships can sell new cars. However, Tesla broke free from this requirement in 2016, allowing it to open retail showrooms and service centers in Las Vegas and Reno. Consumers have benefitted from the additional vehicle choices as a result. And as consumers drive more of these EVs around our state, all Nevadans will benefit from less tailpipe pollution. Importantly, franchise dealerships have not seen any adverse impacts on their sales either—the data proves it.

Now, other EV-only automakers are beginning to manufacture vehicles and seek the ability to sell directly to Nevadans, the way Tesla has for five years. The existing franchise dealership laws would require these EV-only manufacturers to utilize an older method of selling cars that doesn’t work for their business model in many ways. In short, this means that 21st-century innovation is being held back by a 20th-century policy.

AB114 allows new EV-only manufacturers to open brick-and-mortar retail showrooms in Nevada to showcase their vehicles. Consumers can test drive the EVs, get their questions answered by product specialists, and have their EVs serviced by a technician familiar with the battery chemistry used in the EV. Consumers are offered a standard price for the EV, with no additional markups or haggling over the price—what you see is what you get. The same goes for the rare occasions when your EV needs service—say goodbye to the laundry list of additional maintenance that’s sold to you while your vehicle is being worked on. The same consumer protection laws that apply to any vehicle sales in Nevada will still apply. All in all, the consumer wins out.

Nevada has already taken a stance that the future of transportation is electric. We created the Nevada Electric Highway connecting Reno and Las Vegas and all five major highway corridors in the state. We used funding from the Volkswagen Settlement to install EV charging stations throughout our state and are taking steps to adopt the Clean Cars Nevada initiative so dealers put more of their electric models on their lots. In these trying economic times, AB114 is a win-win policy that provides more consumer choices, helps reduce harmful air pollution, and signals that Nevada is determined to lead in the new energy economy.

Paul Scott is an Information Technology (IT) professional with more than 23 years experience. He has served on various boards and/or volunteered for a variety of nonprofit organizations including the Gay & Lesbian Community Center of Southern Nevada and Las Vegas Macintosh Users Group, where he has spent the last 14 years teaching seniors how to use Apple devices. Most recently, Paul has stepped in as president of the Las Vegas Tesla Owners Club. He grew up in St. Louis, Missouri and has resided in Southern Nevada for the past 20 years. You can follow him on Twitter @paulmacguyscott