Economists: Film tax incentives are to states as "Paul Blart: Mall Cop" is to movies 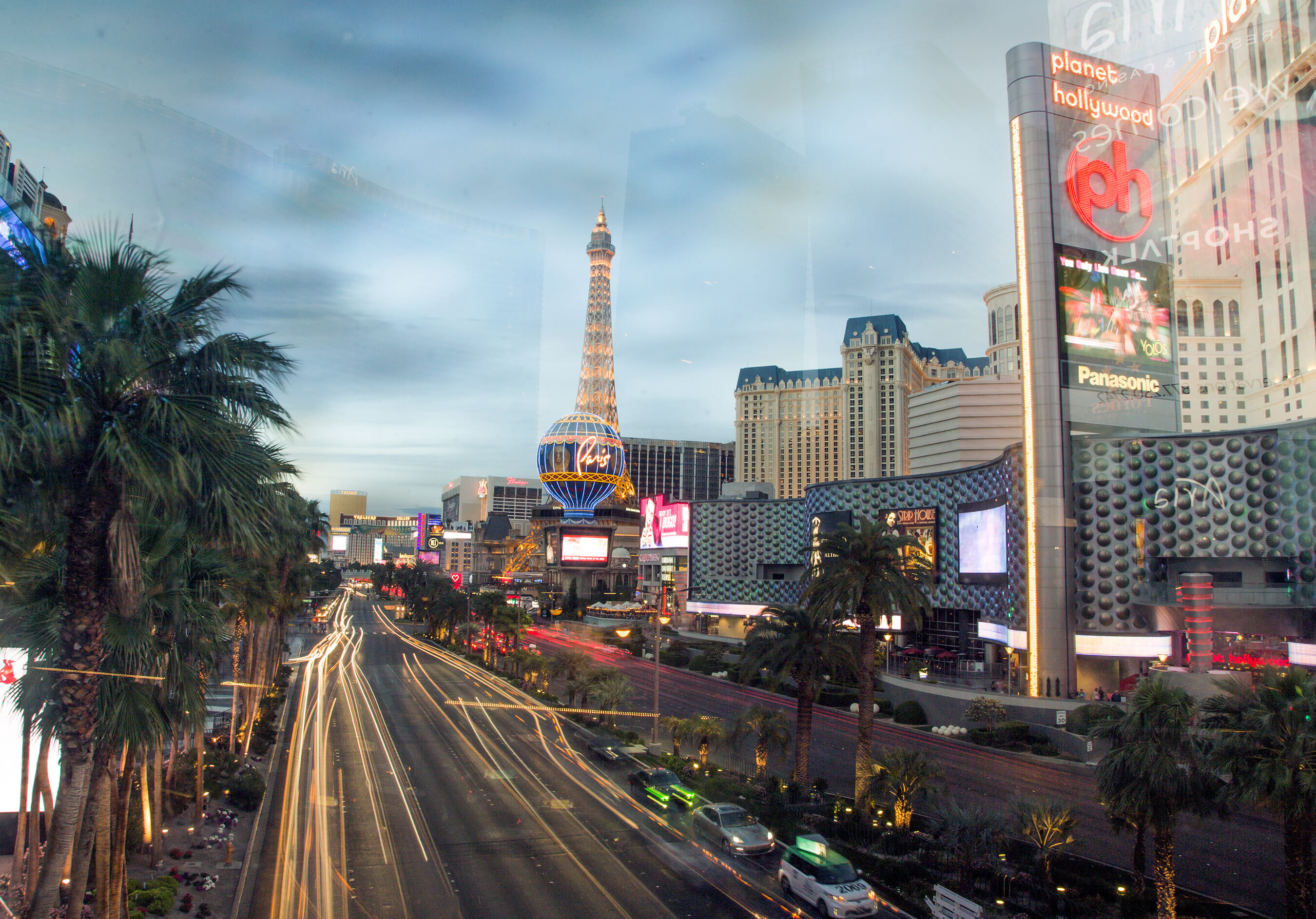 After a brief intermission and despite ongoing skepticism from economists, Nevada is once again revving up an economic development tool designed to attract movies, television shows and other productions to the Silver State.

Lawmakers approved re-starting the state’s film tax credit system to the tune of $10 million per fiscal year during the 2017 legislative session, and a state economic development board on Wednesday took advantage of the revitalized incentive program to grant initial approval to roughly $1.4 million worth of the tax credits for an independent film based on a Bret Easton Ellis (American Psycho author) script as well as a new season of Who Wants to be a Millionaire.

Nevada Film Office Director Eric Preiss said he’s seen a rush of interest in the state’s incentive program since Gov. Brian Sandoval signed the bill in June, and predicted the full $10 million worth of tax credits would be allocated by the end of the fiscal year.

“The program just started and these two immediately got their applications in,” he said. “From what I can tell and the phone calls that we’ve gotten, the interest is there.”

But Nevada is somewhat of a throwback in terms of attempting to entice productions to film in Nevada — at least seven states have repealed their incentive programs since 2009 and many more have withheld funding, while other states with generous incentive programs such as Louisiana have scaled back their programs amid budget crunches and questions over effectiveness.

Backers of the program told lawmakers that the incentive package could create more than 2,600 full and part-time jobs and a 357 percent rate of return from tax revenue and bumps to tourism.

Similarly rosy economic figures have been questioned by a suite of national economists, who noted that few if any independent studies show a long-term economic benefit from such incentive programs, regardless of which state offers them.

Here’s a look at how Nevada’s film tax credit got to its current state, and why some economists are already questioning its value:

Legislators in 2017 approved AB492 on largely party lines, though some of the votes against the bill were related to other legislative issues. The measure tweaked state law regarding the amount of transferable tax credits available for qualified motion pictures and allocated approving up to $10 million worth of credits every fiscal year, with unused amounts rolling over into the next year.

Aided by testimony from actor Nic Cage, lawmakers initially approved an $80 million, 4-year pilot program for the tax credits in 2013, but quickly pilfered that fund in 2014 as part of the $1.25 billion tax incentive deal for Tesla to construct a major battery factory in Northern Nevada.

Although some productions — most notably the critically panned Paul Blart Mall Cop 2 — took advantage of the initial tax credit, the program has largely lay dormant until lawmakers approved the new funding for the incentive program in 2017.

Qualified productions receive a “transferable tax credit” worth up to 15 percent of certain production costs, and 15 percent of wages to Nevada workers and 12 percent for non-resident wages, with bonuses added for hiring a certain number of Nevada residents.

Tax credits are capped at $6 million per production, expire after 4 years, and are only granted after the productions undergo an independent audit of incurred expenses that has to be approved by the state film office. They’re also required to incur at least 60 percent of production costs in Nevada, with a minimum of $500,000 in costs needed to qualify for the incentive.

Preiss said that the vast majority of qualified productions — especially those based out of state and don’t have a Nevada tax liability — sell their tax credits back to Nevada businesses, typically large gaming companies, for roughly 90 cents on the dollar.

Acknowledging that Las Vegas was a unique filming destination difficult to duplicate, Preiss nevertheless said that offering incentives keeps Nevada in the conversation for a variety of projects looking to make the most cost-effective decision on where to film.

“Productions will come in, film two days on the Strip, and then go to New Mexico and finish filming because they’re going to get a better deal there,” he said. “The location is great, and they want to film the location, but the studios are run by financial executives.”

Braxton Pope, a producer of the upcoming Smiley Face Killers film that was approved to receive more than $257,000 in tax credits on Wednesday, said that independent film producers need incentives to help mitigate the risk associated with making films.

“Without this tax credit, we would have chosen another state to film,” he said.

Michael Thom, a USC professor who has authored multiple studies on film tax incentives, was blunt when asked what about the economic consensus on such incentives among economists.

“I’m unaware of any study from a peer-reviewed group that shows that these tax incentives for the motion picture industry are effective or a good use of taxpayer dollars,” he said.

Economists, including Thom, have long criticized incentives for the film industry as overpromising what they can deliver while ultimately only providing short-term benefits at the cost of losing out on other government spending that could be used in a more cost-effective manner.

Thom said that his study found the incentives had no long-term impact on wages, jobs or other economic growth, and that states generally only offered incentives as a way to stay competitive with each other — a sort of race to the bottom in terms of offering subsidies.

Bob Tannenwald, a semi-retired economist formerly with the Federal Reserve Bank of Boston, said that the transient nature of the industry made it nearly impossible to build up a sustained film economy without being flexible about the offered subsidies.

“If you try to build a film production cluster, the competition is so intense, and film producers are so footloose geographically, that you’re caught in competitive purgatory,” he said. “If you cut your subsidy, the film producers say, ‘We’re out of here.’”

But supporters of the film industry, including ‎International Alliance of Theatrical and Stage Employees representative Randy Soltero, say that even the temporary incentive program and limited funding approved in 2013 helped “re-energize” the industry. He noted that labor groups and pro-business groups, such as the Las Vegas Chamber of Commerce, lined up in support of the bill during the legislative session — a somewhat rare sight in Carson City.

“These film companies, they show up with a script,” he said. “They don’t show up with truckloads of wood and paint and stuff for their sets to create their scenes.”

Soltero also said the hit films can significantly help with tourism, and noted that Las Vegas had experienced a “Hangover effect” helping drive tourists to parts of Las Vegas featured in the 2009 comedy.

Economists typically have a hard time quantifying the effects on consumed media on tourism, and Thom expressed significant skepticism that tourism in Las Vegas would be affected by a small independent film or television series deciding to film in the state.

“Hollywood is the land of make-believe,” he said. “It just assumes that there's all these people watching these entertainment programs and writing down where everything was filmed and planning vacations around it. I don’t think there’s any evidence to that effect.”

Despite economic skepticism, Tannenwald said that incentives for the industry have nevertheless become widespread because of vocal support and pressure by both the movie industry and union members, and a lack of natural opponents given the somewhat abstract negative effects.

“The costs are spread out over time and are statewide and it’s hard to track down,” he said.

Thom said he continued to be baffled as to why states continue to use the incentives, but said it was likely due to the “celebrity effect” and a lack of thorough policy vetting.

“Hollywood is good at one thing if nothing else, and that’s making people believe something is true that isn’t,” Thom said. “It shouldn’t be surprising that they can convince so many people that these tax incentives work.”

Updated at 11 a.m. to correct the source of the film tax credit reported presented to state lawmakers during the 2017 session, and to correct the year that "The Hangover" was released.