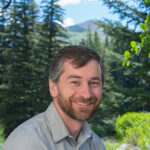 While temperatures soared across much of the West in recent weeks, energy efficiency and conservation enabled Nevada utility customers to avoid blackouts.

NV Energy on Aug. 18 and 19 asked my family and others in Nevada to cut back our power use between 2 p.m. and 9 p.m., to offset energy supply issues due to a record-breaking heat wave. It was one of the most severe to hit the West since I moved here almost 30 years ago.

Thankfully, NV Energy’s call to action was successful. Our neighbors to the west were not as lucky, experiencing rolling blackouts a few days earlier as wildfires swept across the state and temperatures rose.

Scientists say the heat streak is due to climate change. According to a recent report by the University of Chicago’s Climate Impact Lab, the world has experienced record heat this summer, and associated global death rates are expected to exceed those of all infectious diseases combined by the year 2100 if climate change isn’t addressed. The United States and more affluent countries will be able to spend more to adapt – but we’ll still experience substantial increases in heat-related deaths.

We hear about the health and environmental impacts of climate change quite often – and they are severe, especially in low-income neighborhoods and communities of color. We don’t hear enough about how climate change can also threaten reliable access to electricity. Soaring temperatures and heat waves strain our grid. Demand for electricity rises as people depend more on energy-intensive air conditioning. High temperatures also can decrease transmission line efficiency and cause power plant operators to scale back or even temporarily stop electricity generation. Failing or unreliable electricity can be deadly in an extreme heat wave.

Some observers have blamed the California service interruptions on reduced reliance on fossil fuels to generate electricity. But California’s own energy agencies examined the issue and found no substance to the claim that renewable energy use was a factor in the situation there. Fossil fuel combustion also can fail at inopportune times, leading to blackouts; it also drives climate change and makes heat waves more common.

Fortunately, conservation saved the day in Nevada. Nevadans reduced their consumption of electricity at a critical time, allowing Nevada to avoid blackouts like those experienced in California. Nevada’s Public Utilities Commission last December approved a plan by NV Energy to spend $55 million on energy efficiency and other demand-side management programs in 2020. Western Resource Advocates supported a stipulation agreement that led to that plan. However, utilities in our state can still do more to harness the value of energy efficiency and conservation, by:

As our state takes steps to address the climate change that is causing these record heat waves, we must also find ways to adapt our electricity systems and ensure reliable electricity supplies. Energy efficiency and conservation are crucial to those efforts.