‘Entering this phase of force majeure:’ As businesses shut down, contractors find themselves caught in the middle 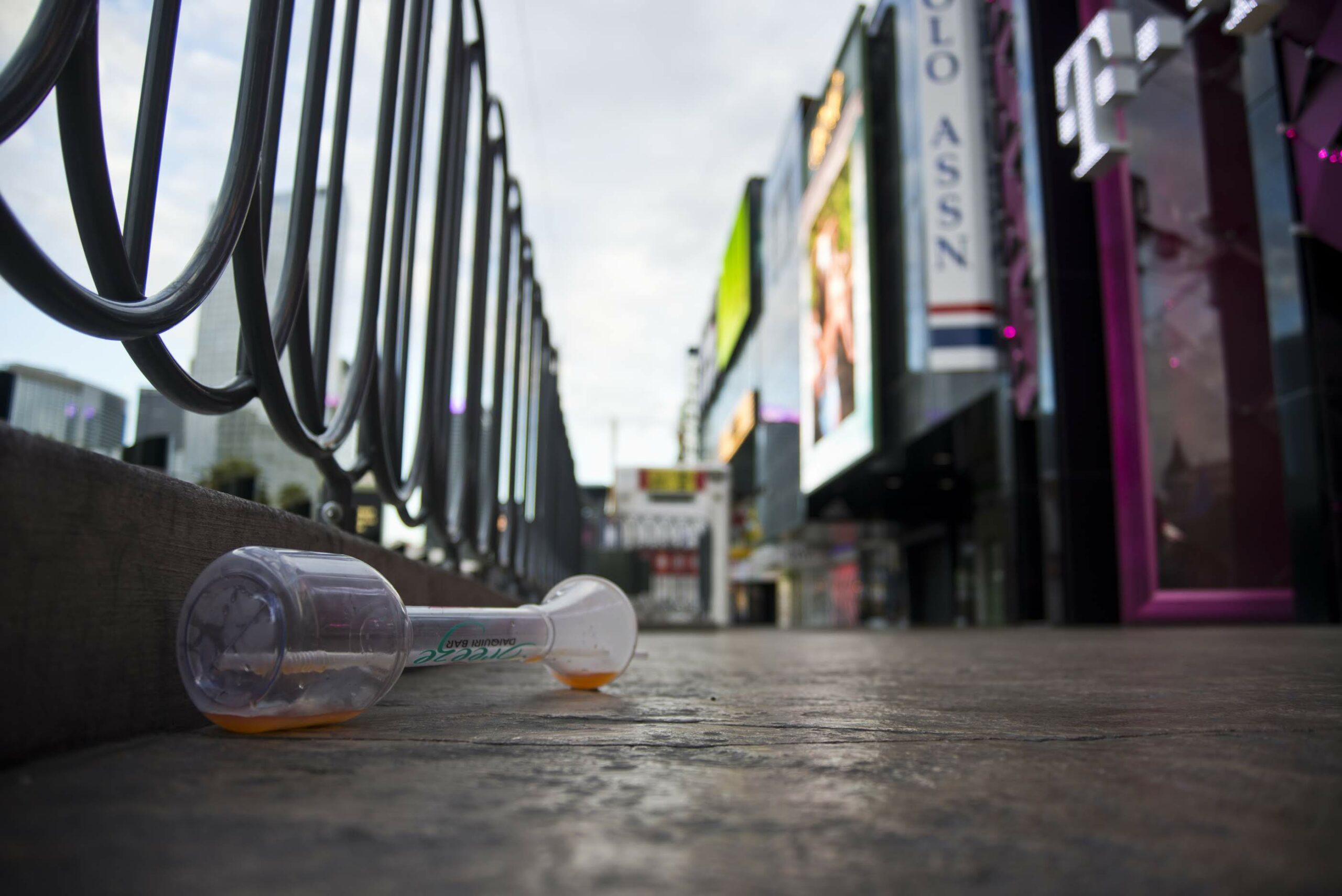 Rogelio Garcia, a Reno-based real estate agent, is used to uncertainty. In normal times, business might boom one month, only to slow the next.

But the slowdown Garcia has seen over the past two weeks is unique. As businesses began shutting down across the state to contain the spread of the novel coronavirus, deals for real estate agents, many of them self-employed as independent contractors, began falling through.

“I know a lot of agents have seen deals completely fall out,” Garcia said.

As casino employees, bartenders and servers lost jobs for an indefinite period of time — with pay and unemployment often uncertain — some lenders got cold feet. Clients who were qualified buyers several weeks earlier have been turned away.

The real estate business plans three months out. Garcia is less worried about closing deals that are already in the pipeline and more concerned about generating new business. He said that prospective sellers are holding back listings. And Garcia’s business, reliant on person-to-person tours and interactions, has had to shift to the internet. To comply with directives to close most brick-and-mortar non-essential businesses, he has had to get creative. He has started relying more on virtual tours and asking sellers to send more photographs and videos of their homes.

“I'm not worried right now,” he said. “I'm worried [about] three months out.”

Garcia is one of thousands of independent contractors interwoven into the economy and on the frontlines during an economic downturn. Workers who are self-employed form a diverse part of the economy. They often balance multiple jobs and represent a range of trades and wage brackets. They are Uber drivers, artists, hair stylists, promoters, manicurists, photographers, truck drivers, health care workers, auditors, reporters, and in Nevada, brothel workers.

Contractors are typically the first to be let go when companies are looking to cut back, as many have in the last week, in an effort to blunt the economic impact of business closures across the state. If contracts are broken, they can sue, but it’s a laborious and often expensive process.

"My experience is that they are the first to get cut." said Thoran Towler, CEO of the Nevada Association of Employers and a former state labor commissioner from 2011 to 2014.

They are also some of the most vulnerable workers. Because they provide a contract service to a client and are not classified as employees, they do not typically qualify for unemployment insurance, workers compensation or employer-based health care, even when many should.

Now, many independent contractors are looking to Congress for support.

The federal legislation passed Friday, a response to the economic fallout of the coronavirus, extends unemployment to contractors, self-employed workers, workers in the “gig economy” and part-time workers through a new “Pandemic Unemployment Assistance” program. The bill would also increase weekly unemployment benefits by $600 and extend coverage by 13 weeks.

Adults with annual income of $75,000 or less will also receive $1,200 checks from the federal government. Those earning more income will generally receive smaller checks.

Some independent contractors and self-employed workers could also be eligible for certain Small Business Administration disaster relief loans, according to a guide from the U.S. Senate Committee on Small Business and Entrepreneurship.

Despite the relief, several contractors interviewed for this story said that they still have questions about the loans and how federal unemployment will be administered through the state. Workers who are contractors or have a limited work history sometimes face challenges proving their pay history. And state unemployment agencies could face challenges determining their benefits.

Rosa Mendez, a spokesperson for the Department of Employment, Training and Rehabilitation (DETR) said that the state is working with the federal government on implementing the federal legislation.

“We're working cooperatively with the federal Department of Labor regarding this package and expect to receive guidance on how we're going to implement it,” Mendez said on Monday.

Cam Jennings, who has worked as a marketer, an advertiser, a food sampler and a liquor sampler, said he has looked into unemployment insurance, but the process is hard to navigate.

“We try to call in, and that's like trying to win concerts on a radio station,” he said.

Instead, Jennings has helped organize a GoFundMe page to support other marketers.

Independent contractors who are still working through the pandemic might face other concerns. On Monday, NPR News reported that some workers for Instacart, an app-based grocery store delivery service, participated in a nationwide strike, seeking an additional $5 per order as hazard pay, protective equipment and extended sick leave.

Mendez said last week that DETR estimates there are about 83,000 self-employed Nevadans, drawing on data from 2018 American Community Survey estimates.

“For any kind of real time tracking, we do not have data,” Mendez wrote in an email Wednesday. “Also, we do not have a good breakout at this point of what occupations [and] industries they are in. We will not have any data on how they are being impacted for quite some time.”

The number of self-employed workers in the state is likely much larger than 83,000, though.

In Las Vegas alone, nearly 29,000 people are registered to drive for a ride-sharing company, including Uber and Lyft, according to Clark County business license data requested by The Nevada Independent. Ride-sharing companies typically use an independent contractor model, arguing that their drivers offer a service because they provide their own vehicles and set their hours. Their drivers are often referred to as “gig workers” because they control their own gigs.

Other data, used by the Nevada-based economic consultancy Applied Analysis, suggests that there are more than 200,000 self-employed workers in the state across a variety of trades.

According to a 2017 report that was released by the U.S. Census Bureau, there were about 230,000 nonemployer firms in Nevada. Nonemployer firms are defined as businesses with no paid employees that report federal income tax.

Jeremy Aguero, a principal analyst for Applied Analysis, said it is still too early to tell the full impact of the economic disruption.

“We are entering this phase of force majeure,” Aguero said.

As contracts are being cancelled, few workers are feeling the effects more rapidly than independent contractors. Amit Dadlaney, an event photographer, said he started seeing the impacts several weeks before the state ordered nonessential businesses to close.

Dadlaney, a Las Vegas-based photographer, generates most of his work on the Strip, photographing conventions and trade shows. He usually has a good sense of how much work he will have looking three months out. Now most of his work has been cancelled.

“All of that income is just gone,” he said.

Dandlaney said he has enough of a backstop to cover his overhead for a few months. And his biggest priority is that everyone stays safe and healthy. But he wonders what will happen after that. How long will the closures last? And what will be the new normal after the closures?

This question of timing faces other independent contractors and freelancers too.

As with so many people, their lives are on hold. Some contractors are well-established and can continue conducting business, selling their work online. Jerry Misko, an artist in Las Vegas, said every artist he knows has lost work and described March as a rough month. But he said the uncertainty wasn’t as out-of-the-ordinary for artists as it was for other professions.

“Living the pirate's life is not something I'm terribly uncomfortable with,” Misko said. “[Artists] are used to this level of [asking] where is the next bill coming from? A lot of artists are used to this."

But other contractors are just starting out, and they fear it will be tougher to come back.

Over the past week, Congress has tried to tackle this problem.

For some contractors and experts in labor law, the expansion of unemployment insurance is a recognition that the nature of contract work has changed in recent years with the proliferation of gig jobs that offer contractors fewer protections or bargaining options.

When unemployment insurance was first created with the Social Security Act of 1935, the goal was to protect workers with stable employment. Contractors, as their own employers, were thought to have more bargaining power in negotiating a fair contract, Garcia said.

“In this economy, there are a lot of people who are classified as independent contractors who don't feel like they have that bargaining power,” he said, noting many are likely misclassified.

Last year, the Legislature passed a bill, SB 493, that created a task force on misclassification and established a fine for employers who improperly classify employees as contractors.

Danyelle Verhaalen, the sole proprietor of a bridal shop in Las Vegas, said that she was thinking about hiring her first employees this year after opening in December 2017.

But as weddings and communal events have screeched to a halt to prevent the spread of coronavirus, the industry is one that has been hit particularly hard. In Verhaalen’s case, she is conducting some business online, and she might apply for a small business loan because she has a limited liability company.

Verhaalen said most of her dresses come from designers that have small businesses or work as contractors. Suppliers, she said, have been hit hard, with no choice but to wait and see what policymakers do next.

“Now you have to hope someone out there who has been working on this — and trying to get our governments to understand what it means — is in touch now with our government leaders,” she said. “And we're sort of waiting for those at the helm of this to make decisions."