Eureka sheriff writes letter to Sisolak, says he’ll resist new 'red flag' gun law 'until there is no fight left in me' 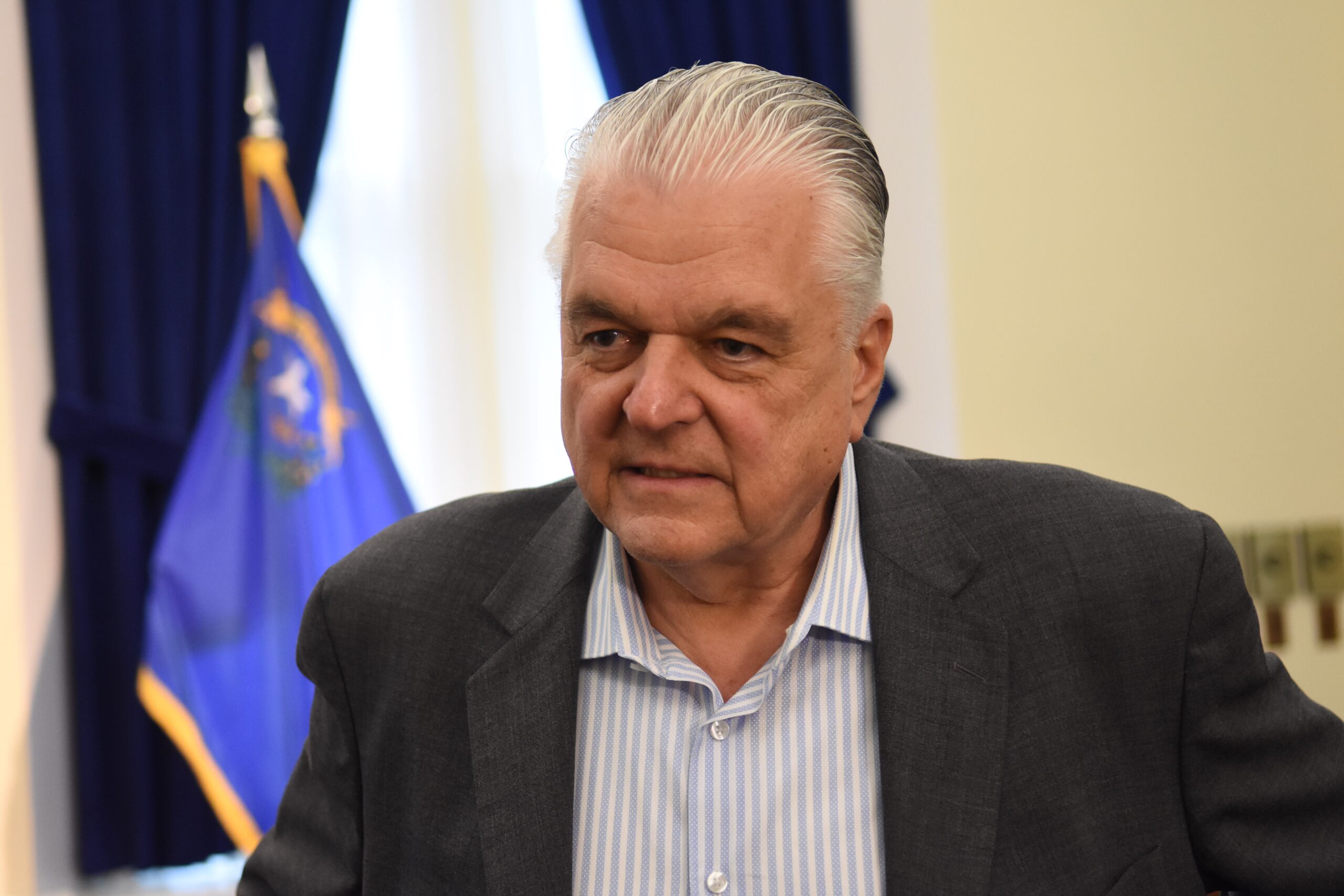 Watts shared the open letter to Sisolak on Facebook, adamantly protesting a new gun law that went into effect on Jan. 1. Eureka County, in rural central Nevada, has a population of about 2,000 people, according to the U.S. Census Bureau.

“I am writing to let you know that I will be fighting AB291 the 'Red Flag Law', until there is no fight left in me,” Watts said in the letter.

The measure, signed into law by Sisolak in June, allows family members and law enforcement to petition a court to temporarily seize firearms if a person displays high-risk behavior. Watts wrote that this law and other gun control legislation approved by the governor violate not only the 1st Amendment’s right to free speech and the 2nd Amendment’s right to bear arms, but the 4th, 5th, 6th and 8th amendments.

“As the duty elected Sheriff of Eureka County, Nevada, it is my duty and responsibility to stand with my citizens and against you and unconstitutional government overreach,” Watts said.

Watts did not immediately respond to voicemails for comment and Sisolak’s office on Tuesday redirected The Nevada Independent to the attorney general’s office “as the chief law enforcement office for the state.”

“Laws are presumed to be constitutional, and law enforcement agencies are by definition charged with executing and enforcing the laws of our State,” Attorney General Aaron Ford’s office said in a statement. “We have a sworn duty to do so until a Court instructs us otherwise. If an agency fails to enforce these laws and that results in harm or death, that agency and its agents may be subject to civil liability.”

Watts’ letter has been shared over 3,000 times on Facebook. He received an outpouring of support and gratitude from many commenters, many who said that although they may not live in his state or county, they fully support his decision, and a few who even encouraged him to run for governor.

“Not very often do we get to see history made or be in the presence of great men,” a commenter named Bruce Emens said. “Jesse Watts is one such great man and history will show what a great man you are for all of us Nevadans. Thank you for sticking up for us! Love the letter and telling the governor what he can do with his unjust laws. Behind you 100 percent.”

One person even suggested Watts arrest the governor for allegedly acting unconstitutionally.

“Sheriff Jesse Watts. Perhaps you should arrest governor Steve Sisolak for violating his oath of office to uphold the constitution instead of just opposing him. Do your job that you [were] elected to do,” a commenter named Jon Woo said.

Watts responded by suggesting Woo “research the laws on arresting a sitting governor” and said that action does not lie within the power of a county sheriff.

A commenter named Sean Lehmann disagreed among the supporters, posting: “So you literally got elected by a couple hundred rural Nevadans, but think you speak for millions of urban Nevadans? Whether you like it or not, Nevada is a Blue State.”

Allen’s decision to join the lawsuit comes as he faces a recall from office following his statements indicating he would enforce the “red flag” law.

Sisolak, who is from Las Vegas, has received criticism and resistance from various rural county officials since SB143 was approved in the Democrat-controlled 2019 legislative session. SB143 expanded background checks and closed a loophole that allowed gun buyers to skip background screenings when buying firearms from another person, online, or at a gun show.

The concept behind SB143 was approved by voters in 2016, but was not implemented until three years later because of complications about whether the FBI or local law enforcement would be conducting the background checks.

Watts wrote a letter to the governor in February 2019 concerning SB143 and was joined in his opposition by Nye and Pershing county sheriffs. Sisolak responded to the protests by reminding the county sheriffs that it is their responsibility to enforce Nevada laws.

“My office and that of the attorney general are aware of the letters from multiple rural Nevada sheriffs regarding SB143,” Sisolak said in his official statement. “While the law will not take effect until January 2020, I look forward to working with Attorney General Ford and local law enforcement over the next several months to review ways to enforce this law, as is the case with all other Nevada laws that elected officers are sworn to uphold.”

Since the passage of new gun laws over the past year, 10 Nevada counties have declared themselves either a "Second Amendment Supporting County," or a “Second Amendment sanctuary,” meaning that those county commissioner boards support county sheriffs in refusing to enforce what they deem “unconstitutional firearm laws” against any citizen. Those counties are Douglas, Elko, Eureka, Humboldt, Lander, Lincoln, Lyon, Nye, Pershing and White Pine.

Updated at 4:45 p.m. on Jan. 29 to reflect the Humboldt County has declared itself a "Second Amendment Supporting County."