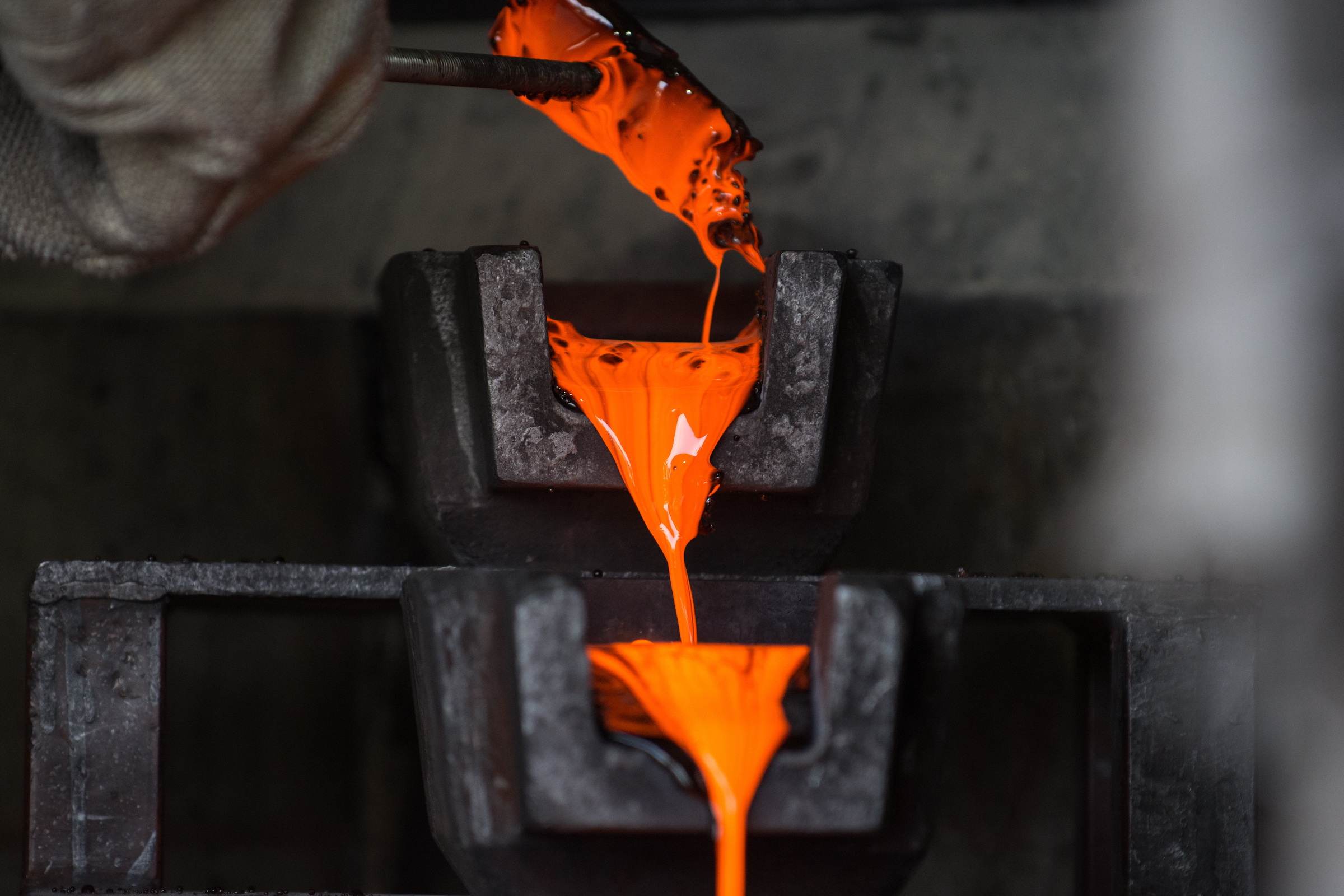 Nevada Gold Mines, the state’s largest mining company, engaged in “unlawful conduct” in not recognizing a union, the National Labor Relations Board is alleging in court documents. Those actions, the board said, have “left many employees feeling terrified and betrayed.”

A court filing by the federal agency argues that Nevada Gold Mines, a joint-venture between international mining competitors Barrick and Newmont, discriminated against union employees and failed to negotiate in good-faith after the companies merged Northern Nevada operations.

Now the board is asking a U.S. District Court judge to grant an injunction.

An injunction would force the company to recognize the union and restore an existing labor agreement, at least temporarily, pending the outcome of an ongoing administrative process. Such requests are rarely made by labor regulators, but the agency argues an injunction is necessary in this case.

In one court document, the board referred to the allegations against the company, which include interfering with union organizing, as “egregious.”

The company, in its response, called the request “an extreme and draconian injunction” to force Nevada Gold Mines into a labor agreement that it never agreed to, a move that would inflict harm on employees, the company and the economy of Elko, heavily-dependent on the mines.

Lawyers for Nevada Gold Mines argue that the board overstepped its authority, offering only a snapshot of information and legal reasoning that fail to meet the standards for an injunction.

Oral arguments are scheduled for Tuesday.

The legal issues center around what obligations Nevada Gold Mines, as a newly-formed venture that reorganized Newmont and Barrick employees under one company, have to the Newmont union.

Representatives for Newmont and Barrick initially offered assurances that the joint-venture would not affect an existing labor agreement between Newmont and Operating Engineers Local 3, which had represented production and maintenance workers at Newmont mines for over 50 years.

The National Labor Relations Board points to a Newmont financial filing, from March 2019, that suggests that the labor agreement would remain intact once the new company took over.

The board also cites a May 2019 letter, with Nevada Gold Mines letterhead, telling employees, in bold font: “Your compensation and benefits will not change while the labor agreements are in place unless the [joint-venture] and the union mutually agree otherwise.”

By the end of 2019, the new company had changed course, the board alleges.

The court documents assert that Nevada Gold Mines informed the union it would not recognize the existing Newmont labor agreement, set to last through March 2022, because it was a new company.

Union “employees were told they must sign and return the letters or they would no longer be employed after December 23, 2019,” lawyers for the board wrote in one document.

The agency said this move affected a number of benefits, “including but not limited to employee wage rates, hours of work and meal periods, night shift differential, paid time off, pension plans, seniority, double time pay, time and a half pay, health care coverage,” and settling disputes.

In a court document responding to the allegations, Nevada Gold Mines vociferously disputed the agency’s fact-pattern and interpretation of what occurred in the weeks leading up to Dec. 23.

It said that the “board’s legal theories are factually and legally deficient.”

The company argues that the union had signed other documents before December, including a memorandum of understanding, that undermine the board's argument. That memo, the company says, proves that the union agreed that the joint-venture was not required to recognize the union and to waive certain rights.

Nevada Gold Mines additionally asserts that the union is no longer valid, citing several points, including the argument that it no longer represents a majority of similarly situated workers within the new company. It also questions whether the federal agency has full jurisdiction in the case.

Nevada Gold Mines notes that the union did not agree to a vote including Barrick employees.

The company further argues that Nevada Gold Mines, as a company, is new and distinct from Newmont and Barrick, countering the board’s claim that the Newmont contract should remain in effect.

Despite the fact that the May 10 letter was written on Nevada Gold Mines letterhead, the company argued that the earlier statements were made by employees still working for Barrick and Newmont, separately.

Only later would they go on to work for Nevada Gold Mines.

The board’s complaint, issued earlier this year, details other issues union employees have had. That complaint, arising from union charges, will be adjudicated in an administrative process.

In one case, the labor relations board alleges that Nevada Gold Mines ordered a union employee, “with unspecified reprisals in retaliation” to report safety issues to company management rather than federal regulators with the Mine Safety Health Administration.

The company denied this allegation, as with most of the allegations in the board’s complaint. It did not specifically address this in its response, but it said in its defense that the National Labor Relations Board “lacks jurisdiction over claims related to safety issues.”

The complaint alleges that union employees, on several occasions, were asked not to display union materials.

One worker was allegedly told by a human resources agent that “it was not a very good idea to have union stickers on their hardhat.” In another case, a union employee was allegedly asked to remove a collective-bargaining agreement that the worker had out during lunch.

In a filing with the court, the federal agency alleged that security guards “confronted” union representatives meeting in an employee parking lot in early December and “ordered them to leave the property.” They left “after local law enforcement arrived,” the court filing said.

The complaint further asserts that Nevada Gold Mines “prohibited terminated employees from obtaining future employment with other employees and contractors by banning them from all mining processing sites” operated by the company, the largest mine operator in the region.

Nevada Gold Mines, in a response, said the two employees in question were “voluntarily resigned from employment and indicated their intent to work with the union as business agents.”

Lawyers for the National Labor Relations Board argued that Nevada Gold Mines’ actions have undermined the union and placed it in a “vulnerable position.” In one court document, they note that “employees now believe the union betrayed them by assuring them that they’d continue to have protection” under the labor agreement that was previously negotiated with Newmont.

They wrote that “the change to at-will employment and the loss of their union representation left employees feeling shocked and betrayed, creating a ‘general sense of fear’ in the workforce.”

One employee said he was “scared shitless,” the board noted, citing a sworn declaration.

Without a court order requiring Nevada Gold Mines to recognize the union, the board believes union employees will be harmed. Because the board’s administrative process can take many months to settle, the labor agreement could become irrelevant, even before the union’s charges are decided.

Lawyers for the National Labor Relations Board told the court that, if that were to happen, Nevada Gold Mines would “succeed in its unlawful objective by the mere passage of time.”

In court briefs, the federal agency and the company have cited COVID-19.

The federal labor agency said that without a union agreement in effect, employees are working without protections, including “the right to collectively bargain to mitigate COVID-19 risks.”

Nevada Gold Mines has argued that a court order requiring it to recognize the union — and the labor agreement — would only add to the financial strains created by COVID-19. The company disclosed that most Newmont union employees have higher hourly wages under the new venture.

“The former [union] employees have just undergone a confusing and stressful employment change,” the company wrote. “However, since December 23, 2019 employees have had stable pay and benefits under NGM. Granting the injunction would financially harm most of them, at a time when COVID-19 and all of the related economic and social impacts are greatest.”

The company stressed that it would be “exceedingly difficult and expensive” to recognize a status quo in which the labor agreement went back into effect.

The company said it had paid out more than $5.6 million in paid-time-off wages and a pension fix could cost about $2.3 million. It also said employees might have to pay 66 percent back in “wage replacement benefits.”

The company suggested an injunction would mean a pay cut for employees.

“Given just the quantifiable direct effect, the direct harm to employees and [Nevada Gold Mines] is in excess of $11,800,000,” a lawyer for the company wrote.

“The Court is asked to consider the severe impact that reduced income will have on over 1,100 former [Newmont union] employees during this precarious financial time,” the company added.

But in a reply, the National Labor Relations Board pushed back. It said that the company “purposefully misleads the court regarding the alleged monetary impact on employees.”

It said a court order would put the company “under no obligation to rescind any benefit.”

The only identifiable cost to the company, the board argued, would be estimated at over $2 million, funds to contribute to the union pension system and update the payroll system.

The company is saving about $470 million through the joint-venture, the board noted.

“Even if [Nevada Gold Mines’] $2.5 million estimate of the costs of restoring the status quo is accurate, this sum hardly seems like a hardship given the scale of savings,” the board said.