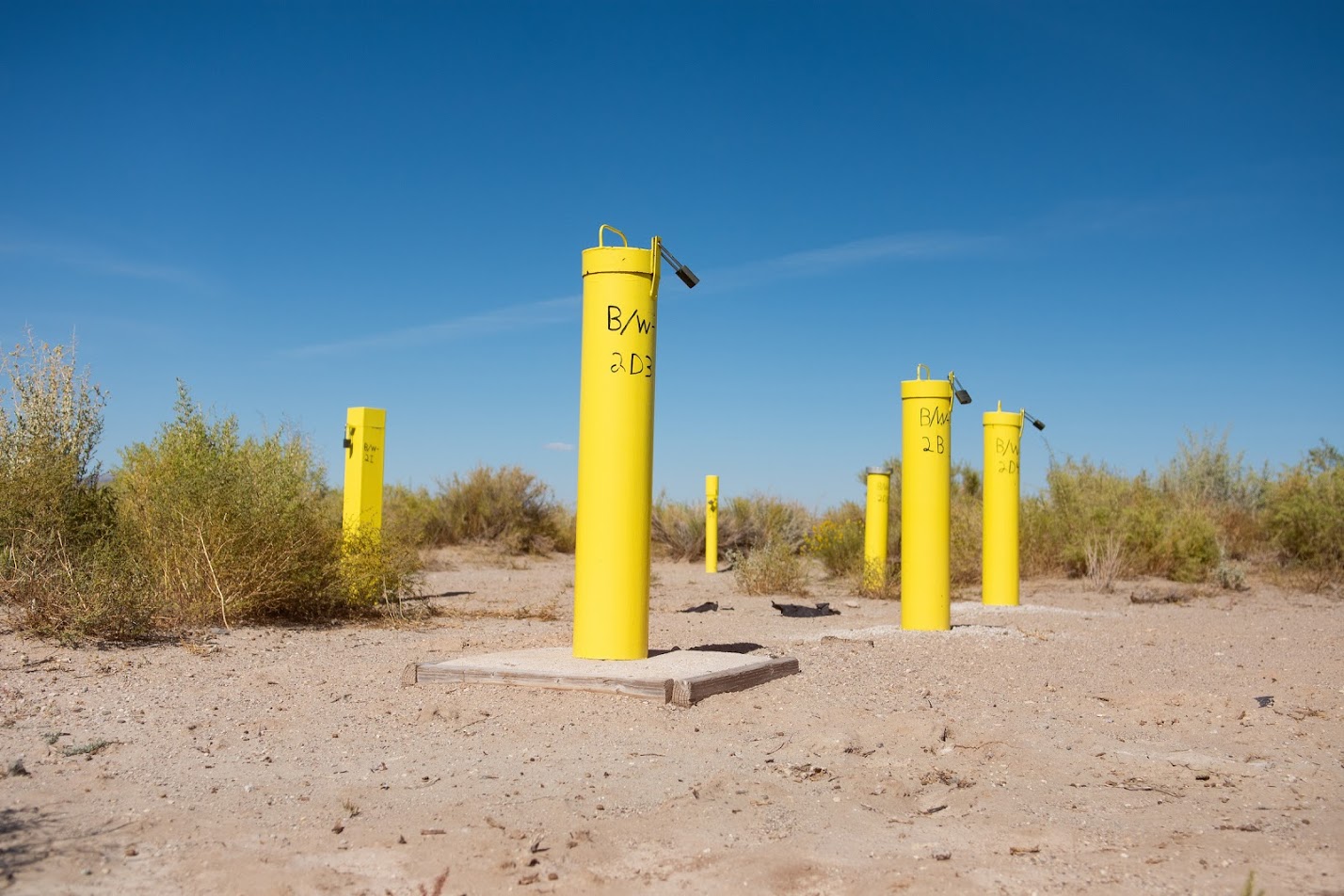 Experts hired by the U.S. Bureau of Land Management (BLM) expressed concerns in July that a state-approved report downplayed the groundwater pollution caused by the former Anaconda Copper Mine near Yerington, according to comments obtained by The Nevada Independent.

One environmental scientist wrote that the report “may not be supported by the data or good science.” Another expert who specializes in groundwater said a model of the contamination was “far too limited.”

When state regulators approved the report in May, they signed off on revisions that held ARCO, the company responsible for the mine, accountable for less than half of the contamination that was previously modeled when the U.S. Environmental Protection Agency oversaw the cleanup.

Over the summer, state officials with the Nevada Division of Environmental Protection (NDEP) defended the final report and the science behind it after The Nevada Independent started asking questions about its decision to reduce the scope of the mine-related groundwater pollution.

The report attributed much of the previously identified pollution in the aquifer, where many wells register high levels of uranium and sulfate, to agricultural practices and natural geochemistry.

In an emailed statement, NDEP said it met with the BLM after it submitted its comments. The state said both agencies agreed that the concern about “good science” lacked “necessary supporting evidence and analysis” and that the federal agency’s concerns were addressed.

NDEP provided no evidence that the BLM had walked back its review, and the BLM declined a request to comment on NDEP’s statement that its concerns were addressed. The BLM, which manages federal public land across the state, owns a portion of the land at the mine site.

A spokesperson with the federal agency said, “We have nothing to contribute.”

An ARCO spokesperson said in an email that “groundwater in the Yerington area is dynamic and complicated by many factors, including naturally occurring minerals, multiple uses of the groundwater resource and former mining-related impacts. [The company] will work closely with NDEP to address their comments. Progress continues toward a final remedy and we remain fully committed to working with NDEP and all members of the community to complete this work.”

The groundwater report at issue is meant to present a model of the mine-related pollution in an aquifer shared by homes, agricultural fields and the Yerington Paiute Tribe. The report is a key component of the cleanup process. The report provides the basis for a risk assessment of the human health concerns and a decision of how to remediate the polluted groundwater supply.

In May, NDEP Administrator Greg Lovato said in a statement that the report was a “milestone” for cleaning the site and that it “helps chart a path forward based on the best available science to ensure that current and future activities are protective of public health and the environment.”

But even as the cleanup moves to the next stage, experts representing federal land managers and the Yerington Paiute Tribe are continuing to flag concerns about the state-approved report.

Their comments on a draft risk assessment, submitted by ARCO in June, raise issues about the scientific basis for the final state-approved groundwater report. Technical consultants, hired by the BLM to review documents, outlined their concerns in 14 pages of comments.

A senior environmental scientist, serving as a consultant for the federal agency, said the draft risk assessment “relies on conclusions developed in the [final groundwater report], which may not be supported by the data or good science,” noting changes in ARCO’s technical approach.

Similarly, a senior human health risk assessor argued that the study area, based on the report, “may not accurately encompass the entire contaminated plume emanating from the mine site.”

“If there is little confidence that the groundwater plume has been defined, then it is not possible to estimate people’s exposure and risk to groundwater with any confidence,” the comment said.

The senior risk assessor recommended a direction for moving forward:

“The groundwater plume needs to be defined in accordance with the criteria and concerns of the hydrogeologists and site experts,” wrote the reviewer with Applied Intellect, the consulting firm used by the agency. “Until this is done, a risk assessment study area and data set cannot be selected. Without this step, nothing else in the [draft risk assessment] is really pertinent.”

A third Applied Intellect reviewer, a senior hydrologist, said “basic data is ignored in the current assumptions regarding [ARCO’s] interpretation of the extent of MIW,” or mine-impacted water.

Noting that NDEP had “serious concerns” with ARCO’s new model and even pushed back in some areas, the comment said that the state’s finalized report was “still far too limited, which has serious implications on the risk assessment and potentially to the health of residents and farmers located” in the path of groundwater flow outside ARCO’s “potentially biased” model.

Consultants for the Yerington Paiute Tribe, which relies on the same aquifer and received bottled water deliveries from ARCO for more than a decade, also pointed out deficiencies in the state-approved report.

The tribe submitted comments noting that the company’s new modeling “remains a remarkable and questionable deviation” from previous conclusions and was “not a product of EPA review.”

The comments were obtained through a public records request.

In June, The Nevada Independent conducted a review of site documents and reached a similar conclusion. The review showed that, in approving the report, state regulators allowed ARCO to assume accountability for less than half of the mine-related pollution modeled under the EPA.

The changes started after February 2018, when the EPA deferred its decision-making role to NDEP as part of a deal that ended a push to place the site on the national Superfund list. At the time, environmental groups were concerned that a change in oversight would reduce the scope of the cleanup, leaving future generations of Nevadans left to deal with the tainted groundwater.

The deal came to be known as the deferral agreement, and it included several documents. A Statement of Work, included in the deal, directed ARCO to submit or complete a groundwater report 90 days after the agreement went into effect. The report was finalized two years later.

Nevada environmental regulators pushed back in some areas, but they largely signed off on the company’s new findings, approving the final groundwater report in May. That report reduced the extent of the groundwater plume for which the mine — and thereby ARCO — is responsible.

In the past NDEP has argued that the EPA had left the door open for changes to the model of groundwater contamination. But there is little documented evidence to substantiate this claim.

At the time of the deferral agreement, the EPA had studied the groundwater for more than a decade and had already reviewed three revisions of the model. The Statement of Work said “the extensive amount of existing groundwater information is considered adequate to complete the [report].”

When asked in June if the EPA requested further groundwater study at the time of the deferral agreement in 2018, a spokesperson for the agency responded with a one-word answer: “No.”

When asked to reconcile these facts with its claim, NDEP did not directly address the issue.

Instead, the agency said in a statement Tuesday that its “role after deferral is to use previous comment and direction provided by EPA with respect to the groundwater remedial investigation to guide further investigation in support of science-based and data-driven conclusions.”

The emailed statement said that “NDEP approved additional refined analysis of the existing data to determine more accurately where the mine-impacted water began to commingle with other sources of constituents of interest in the groundwater from sources other than the mine.”

In the statement, the agency did not fully address the underlying criticisms raised in the BLM review. The agency did, however, state that officials were requesting the company broaden the scope of its review by including more monitoring wells in its study to determine potential risk.