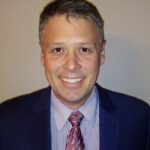 In mid-August, the U.S. Census Bureau released the first tranche of data collected from the 2020 Census. There are a few interesting trends, one of which could have possible implications for decision makers and policy leaders in Nevada.

1.       Nevada’s population continues to grow but the rate of growth has slowed.

Census data revealed that Nevada’s population grew by 15 percent in the past decade. While Nevada is still the fifth-fastest growing state in the country, the growth rate is significantly lower than it was at the turn of the century. Over the decade 2000-2010, Nevada experienced population growth totaling 35 percent, earning it top honors as the fastest growing state during that period.

2.       Latinos account for a greater share of the population, but the growth rate has slowed dramatically in Nevada.

Figure 1: Latinos as a Percentage of Total Population

Figure 2 reveals that while the Latino population continues to grow as a percentage of the overall population, the growth rate has fallen dramatically since 2000. The growth rate of Latinos over the period 2010-2020 was higher in Carson City (26 percent) and Washoe County (30 percent) than in Clark County (23 percent).

3.       The rise of individuals who identify as two or more races may challenge existing policy design

Upon further review and analysis, the ‘two or more race’ category does not lend itself to easy classification or categorization. From our recent report, The Impact of COVID-19 on Communities of Color, we know that the two or more races category is a relatively young population: Less than 5 percent of people who identify as two or more races are over the age of 65. With respect to other indicators, only 9 percent of multi-racial Nevadans lack health insurance compared to 11 percent of the Nevada population. More than one quarter (25 percent) of multi-racial Nevadans have a bachelor’s degree (the same percentage of whites) compared to only 11 percent for Latinos and Native Americans. The poverty rate for multi-racial Nevadans is 16 percent, which is slightly higher than the overall state poverty rate of 13 percent.

In the K-12 public education system, the category of two or more races may be more problematic. Several recent educational reforms funded by the Legislature have been directed at schools that have high percentages of English Language Learners (e.g., Zoom schools) or African Americans (e.g., Victory schools). What, if any, are the specific educational needs of students who identify as multi-racial?

In Clark County, the 10 schools with the highest percentages of students who identified as two or more races are all elementary schools located throughout the valley and include Berkley, Ortwein, Goynes, Batterman, Forbuss, Barber, Bass, Frias, Hummel, and Blue Diamond. In Washoe County, the schools with the highest percentage of multi-racial students include the following elementary schools — Peavine, Caughlin Ranch, Towles, Hidden Valley, Van Gorder, Elmcrest, Melton, and Dunn, as well as High Desert Montessori Charter, and ICDA Charter High School.

To glean greater insights into Nevada’s multi-racial students’ educational needs or characteristics, we examined the correlation between K-12 public school students in Clark County School District and Washoe County School District who identify as two or more races and other racial and ethnic groups and special populations (see Table 1). Based on the correlations, it appears that students who identify as multi-racial are not likely to be enrolled in schools with high percentages of Latino students. They are also not likely to be enrolled in schools with significant numbers of English Language Learners (ELL) or students eligible for free-and-reduced price lunch (FRL).

Table 1. Correlation between students that identify as two or more races and other characteristics

A critical takeaway from the 2020 census data is that Nevada’s racial and ethnic diversification continues to grow. As the multiracial population here and in the rest of the country expands, policymakers may be pressed to evaluate the ways they design policies. The significant doubling of multi-racial Americans reflects the blurring of racial and ethnic categories. And as the socially constructed categories of race and ethnicity become more muddied, there is an opportunity to be more expansive and intentional in how decision-makers direct public resources in ways that are effective without ignoring the pernicious and persistent social effects of historic bias. Policymakers can and should target resources to those measures of iniquity—education disparities, housing insecurity, disparate health outcomes, and poverty differences—that are correlated with race and ethnicity but are more directly quantifiable and measurable.

The census data confirms what we already knew -- Nevada continues to grow and diversify as a community. The challenge now facing our leaders and policy experts is how we use the data to inform policy development. Policy leaders must now rethink and reimagine how they should design policies and programs that acknowledge the state’s multicultural diversity while addressing the persistent effects of bias and systemic inequities.

Kenneth Retzl, Ph.D. is the director of education policy at the Guinn Center. Previously, he worked for the Clark County School District and departed as the director of research, accountability, and data services. He is the author of numerous policy reports analyzing student achievement, school/district performance, education finance, and other education topics. You can follow him on Twitter @KenRetzl.