Follow the Money: Nevadans donated more than $300,000 to major presidential candidates so far in 2019 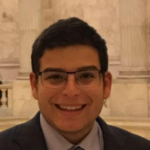 President Donald Trump has outraised the Democratic field in Nevada so far this year, taking in $185,025 in campaign donations compared to the Democratic hopefuls’ $122,603, according to the latest Federal Election Commission reports.

In fact, Las Vegas was Trump’s fourth best city nationwide for fundraising. He raised $80,982 from Las Vegas residents during the first quarter of 2019.

Sen. Kamala Harris of California raised the most of any Democrat in Nevada, a little more than $31,000. Next was Vermont Sen. Bernie Sanders, who raised a little more than $20,000. The next three, in order, were Hawaii Rep. Tulsi Gabbard with about $11,000, South Bend, Indiana Mayor Pete Buttigieg with about $10,500, and Massachusetts Sen. Elizabeth Warren with almost $8,500.

A Nevada Independent analysis of the quarterly FEC reports revealed details about how much Nevadans gave each presidential candidate from January 1 to March 31. The analysis looked at Trump’s FEC reports and the reports of the 16 Democratic candidates who filed quarterly reports.

The geographic analysis is limited only to itemized donations, meaning those greater than $200 or through a conduit like ActBlue, as those are the contributions about which campaigns are required to provide more detailed information.

Nationally, the candidates raised a little less than $85 million of their $150 million aggregate total from individual donations during this reporting period. Of that $85 million, $46 million could be analyzed further because of itemization.

The other $65 million in reported contributions came from a variety of sources: political action committees, political parties, loans, self-funding, or transfers from previous campaigns.

Another way to rank the fundraising success of candidates is to evaluate what percentage of their itemized donations came from Nevada. When looked at this way, Donald Trump still dominated the field.

In total, the presidential candidates raised 0.8 percent of their itemized totals from Nevada last quarter.

Nevada was Trump’s 18th best state for fundraising in the quarter. For Democrats, it was on average, the candidates’ 25th best state.

However, only about 11 percent of Trump’s quarterly total came from itemized donations. Much of Trump’s first quarter campaign haul came from transfers from authorized committees.

For Democrats, the states that appeared most frequently in candidates’ top five were: California (all 16 candidates), New York (14 candidates), Texas (nine candidates), and Massachusetts and Illinois (seven candidates each).

Itemized contributions made up about 29 percent of Democratic candidates’ quarterly hauls.

The next quarterly FEC reports are due on July 15. They will cover the fundraising period from April 1 to June 30.

Jeremy Marsh is a graduate student at the George Washington University and an occasional freelance contributor to The Nevada Independent.