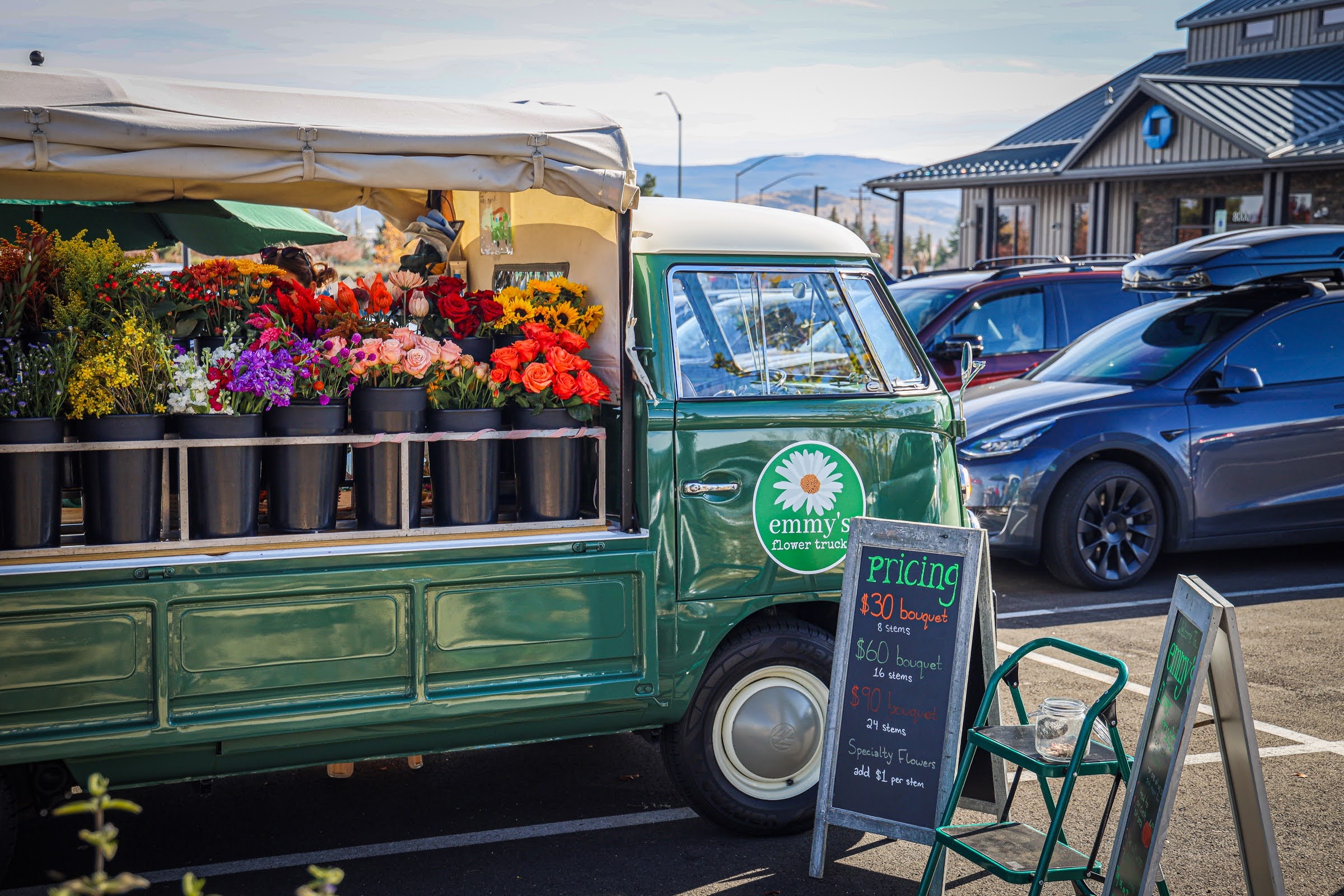 An avid reader and Greek mythology enthusiast, Broden asked his mom if Reno had a mobile book store like the one he learned about in school — a double-decker bus converted into a bookshop in London. At the time, Alex McClelland was a stay-at-home mom.

Golden Owl Bookshop, which opened in May, is not the only shop on wheels roaming Reno’s streets. More mobile businesses are cropping up each year.

While the startup cost can be steep and the cost of repairing and maintaining a truck can rack up over time, it often pales in comparison to the cost of owning or renting retail space. That was a huge plus for McClelland.

“We briefly looked into possibly having a brick and mortar as well as the book truck,” she said. “But real estate right now is insane. And so that's not going to be possible.”

McClelland said she was nervous about starting up because of the rising popularity of e-readers. But even with a small inventory, Golden Owl Bookshop has seen success since opening six months ago.

“I've only had a couple of days before where it really wasn't worth my time to be out there,” she said. “It's actually been [a] hugely pleasant surprise because people want physical books. They don't want to be reading on a screen all the time.”

McClelland said she sells more adult books than she does children's books, with business and self-improvement books being the biggest sellers.

A big advantage of going mobile is, of course, the mobility. Business owners can take their store to the customers instead of the customers coming to them. It also allows for flexibility not only in operating hours, but in location.

“We were contemplating moving, and so not having a brick and mortar makes that easier for us,” McClelland said. “We can take this with us.”

Emmy’s Flower Truck is another new business on wheels operating in the Biggest Little City. Emily “Emmy” MacPherson was a flight attendant for Southwest Airlines for 25 years before retiring and buying a classic Volkswagen truck.

“I love Volkswagens and I found this car with the intention of having flowers in it, because I had seen that in places before, and I've always been a gardener and I've always grown flowers, so I thought that'd be perfect,” MacPherson said.

With the growth of businesses on wheels comes the complicated task of figuring out how to regulate them. Lance Ferrato, the business relations program manager at the City of Reno, said that while the application process can vary, the reporting and fees associated with a mobile business application are no different than those for a brick and mortar business.

But mobile businesses do have to follow specific guidelines set out by Reno’s municipal codes. They are not allowed to operate on public property, can only operate for four hours at a time before having to move at least four city blocks or two miles away, cannot operate near schools, churches, playgrounds or parks without permission, and cannot put out signage that isn’t affixed to the vehicle itself.

There are also only three different kinds of mobile businesses as defined in City of Reno code — ice cream truck, mobile vendor and mobile vending vehicle/unit. It can be tricky to know which category a truck falls under if it’s not selling ice cream.

“It's been kind of tricky trying to ... figure out what I'm allowed to do and what I'm not allowed to do, because I'm not a food truck, but I do have a business run out of my truck,” McClelland said.

Ferrato acknowledged that the codes are outdated and that a food truck and a flower truck are treated the same, apart from some specific regulations surrounding the handling and sale of food.

“We want people to have food trucks at birthday parties and things like that in the park … Our code needs some adjustment because of the evolution of this business,” Ferrato said, “We want consistency. So that's something we're looking at.”

There are also non-legal challenges unique to mobile businesses.

“I have had people like, where's the nearest bathroom. I'm like, ‘Yeah. I'm not sure.’” McClelland said.

She also uses a Wi-Fi hotspot and a small digital register to take payments, which has made operating a lot easier than in the past. One of the reasons for the rise in mobile businesses over the past decade is because of the rise of digital payment systems such as Square, SumUp and PayPal Zettle.

MacPherson also had to solve the challenge of having to keep her flowers alive all day.

“If you were to go into a brick and mortar and just buy stems of flowers, they …  wrap them and give them to you. We hydrate ours before,” she said.

There’s also the challenge of getting permission from property owners and businesses to park in their parking lots and take up space. Sometimes they don’t leave enough space for a large truck like Golden Owl’s.

There is also the consideration of interior space. Golden Owl Bookshop only has so much room in the truck compared to massive retail chains such as Barnes and Noble, which might have two stories and a Starbucks inside.

The fact that the business bumps around while driving can be tricky for the inventory. McClelland uses a system of bungee cords and crams the shelves as tight as she can get them in order to prevent books from literally flying off the shelves.

MacPherson’s classic Volkswagen truck can’t go much faster than 40 miles an hour, so she keeps to city streets. Maintenance on the truck can be challenging, too, because of its age and malfunctions could leave the business stranded.

But the mobile format does foster a greater sense of community and lets the trucks reach people that they otherwise wouldn’t be able to reach.

“Because we can roam anywhere that we're invited, and we meet all kinds of new people, [we] get to know the community,” said MacPherson.

Since opening in December 2020, MacPherson said she has never had to ask to go somewhere and is always invited by the businesses. It’s a symbiotic relationship — MacPherson attracts customers to her truck with the flowers, and those customers turn around to shop at the ‘host’ business.

“We have family that's out in Fernley and they order everything on Amazon because they don't have a bookstore there,” McClelland said. “Being mobile, I can go to those different communities.”

And the benefits aren’t just about business. McClelland’s venture has also helped her bond with her son.

“He asks all the time to come. He's like, ‘Do I have to go to school today? Can I help you work the truck?’’ McClelland said, “Yeah, school is a little bit more important, but maybe at the Saturday market you can help me work it.”

Tim Lenard contributed to this report.