Full transcript, annotations of Sisolak’s 2021 State of the State address 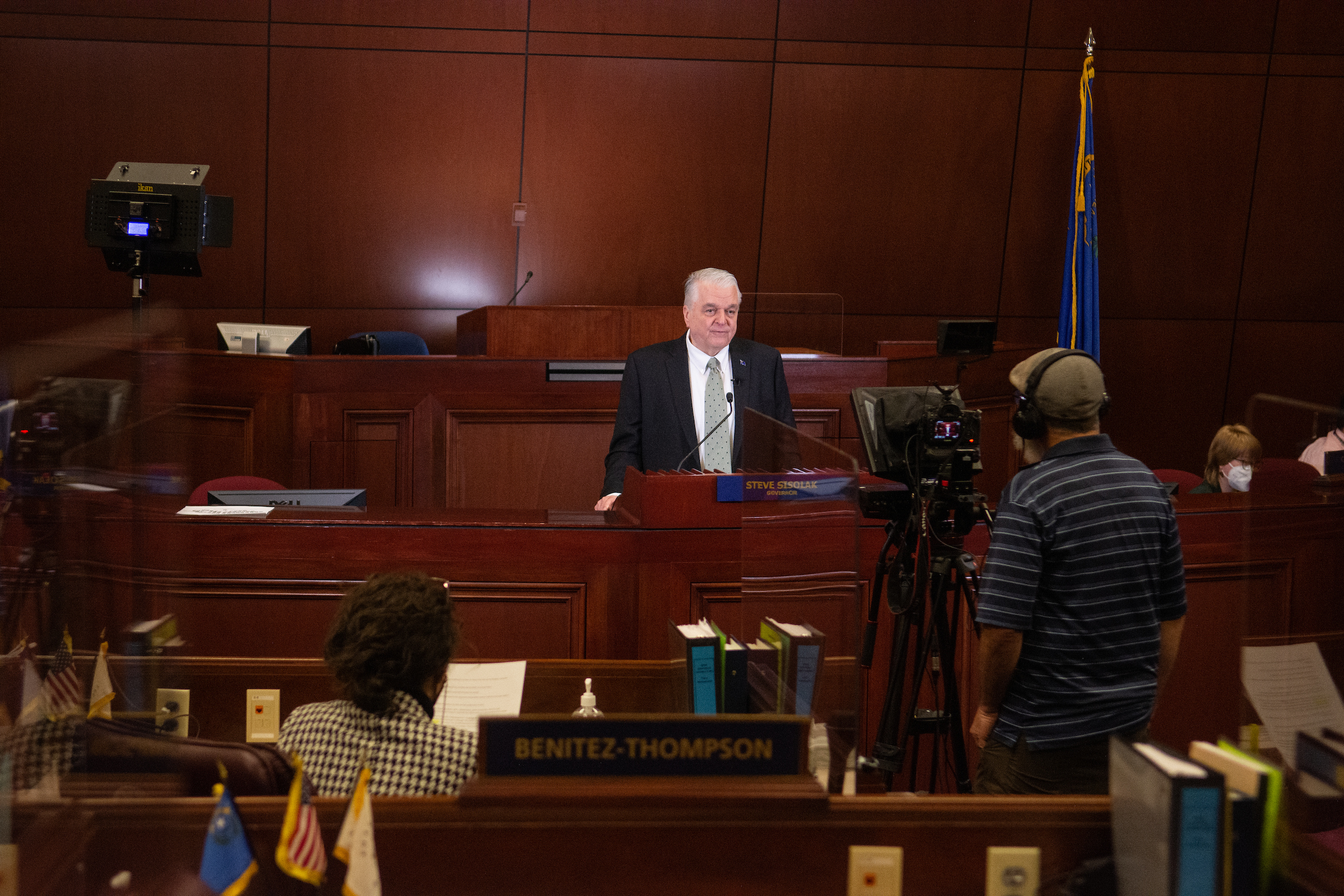 Gov. Steve Sisolak laid out a modest proposal ahead of the upcoming legislative session during his biennial State of the State address Tuesday evening as the state continues to deal with the consequences of economic upheaval and continued uncertainty in the face of the ongoing coronavirus pandemic.

In his address, Sisolak mapped out several key initiatives that would create more than 165,000 jobs over the next decade, help retrain displaced workers and build an economy based on new technologies, including blockchain. He also highlighted portions of his new $8.68 billion two-year budget, released Monday night, that propose restoring difficult cuts made during a special legislative session over the summer.

Below is a full transcript of Sisolak’s 2021 State of the State address, with additional context. Click the yellow flags on the embedded document below to read the annotations The Nevada Independent reporters have made on the speech.