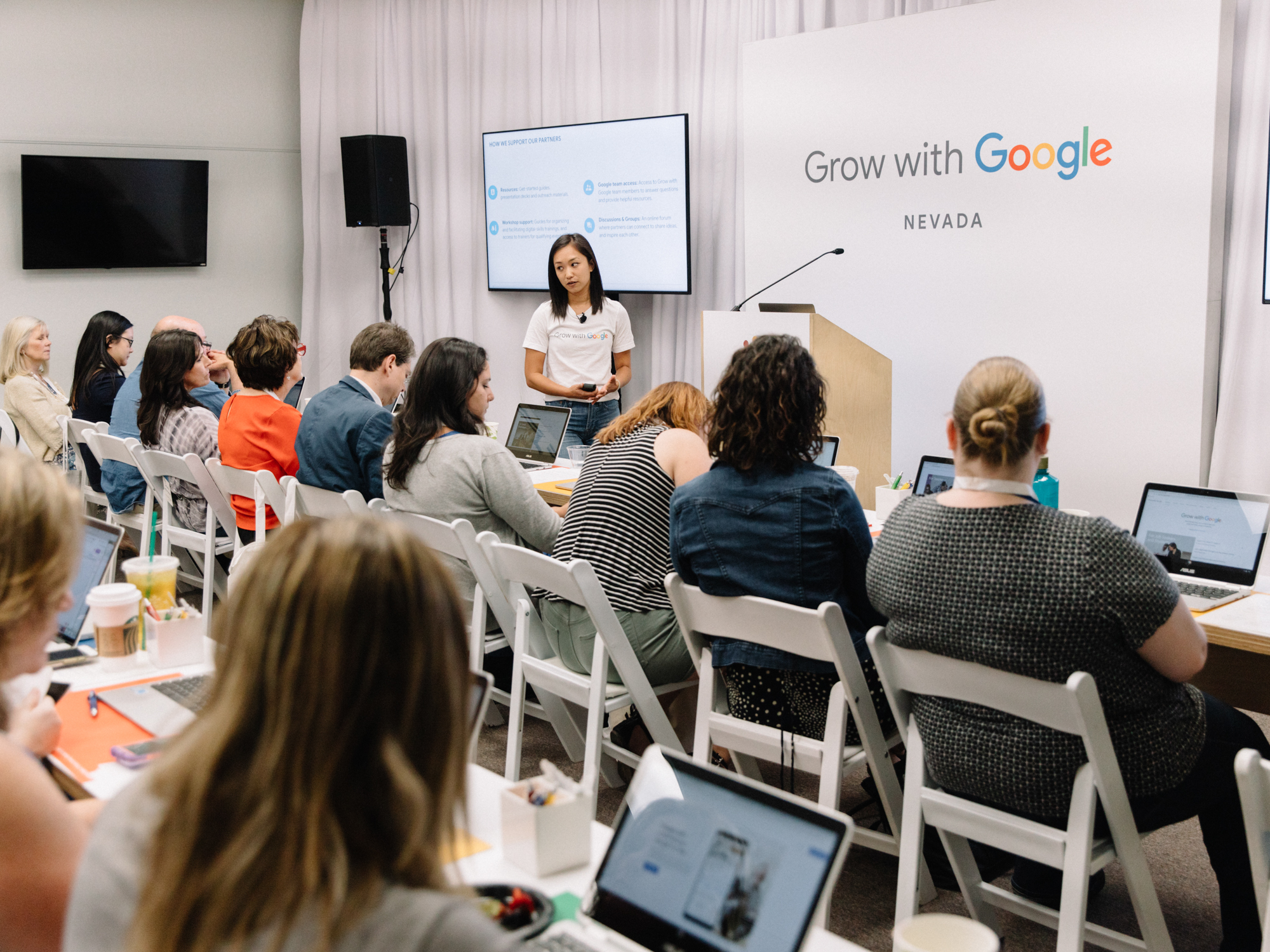 Google plans to announce two new projects on Monday: a $600 million data center in Henderson and a $1 million community development project focused on funding and working alongside Nevada-based nonprofits.

Within the last month, the tech giant also partnered with the Clark County library system and the Carson City Library to offer two day-long digital skills workshops as part of an initiative called Grow with Google. The program is designed to teach technical skills and create economic opportunities. The sessions were free to the public and open to all ages.

“We are bringing digital skills training to young people and people who are looking to up-skill themselves for the changing digital economy,” said Jacquelline Fuller, president of Google.org, adding that the company is focused on listening to and encouraging innovators in Nevada and around the country.

“Nevada really makes sense for us,” said Fuller. The state has key elements the tech giant is looking for including “a really talented workforce” and the opportunity for growth, she said.

The new facility will support company operations and data services around the world and is set to be operational in 2020. It’s part of a $13 billion investment in the U.S. that will see new data centers built in 13 cities, adding to 16 existing data centers worldwide and further extending Google’s infrastructure beyond its California headquarters.

“We are now growing faster outside the Bay Area than we are there,” said Fuller.

Although the number of new hires has not been determined, available positions will include data center managers, computer administrators, computer repair technicians and maintenance technicians.

The Google.org Impact Challenge will award $1 million to local nonprofits as part of its ongoing philanthropic efforts. The application window starts today and is an open-call competition in which Fuller says nonprofits will submit their “biggest and their boldest ideas” and receive financial and operational support in order to expand and create economic opportunity in the community. Proposals must be received by August 2nd.

“We created the Impact Challenge model because that allows us to go out into the community and really just open the door and say ‘hey, we want to hear from you. What is your idea on how we can use technology and innovation to help bring change in Nevada?” said Fuller.

Ideas could range from workforce development programs to economic development initiatives to expanding small businesses to increasing the number of community gardens.

A panel of eight prominent local advisors will help select five winners, each of whom will receive $175,000 to develop and implement their proposed plan. There will also be a people’s choice winner selected from the five companies via an online vote. The winning organization will receive an additional $125,000.

“Our goal is to look at who is active locally,” said Fuller, who helped select the Nevada-based panel of judges that will pick the winners. The selected nonprofits will then be paired with Google volunteers who will work alongside them to fill any knowledge gaps they may have and see the plan to fruition.

Google has already issued two other state-wide nonprofit innovation challenges in Illinois and Iowa. The tech giant’s community-focused challenges kicked off in 2013 with efforts in the U.K. and India. They have since expanded to Australia, Latin America and France among others.

Update at 7:37 a.m. on 7/1/19:  The initial version of this story stated that two Google workshops occurred in Las Vegas over the past month. Google actually worked with both the Clark County library system and the Carson City Library to hold digital skills workshops. Additionally, there were eight (not seven) judges chosen for the nonprofit challenge.