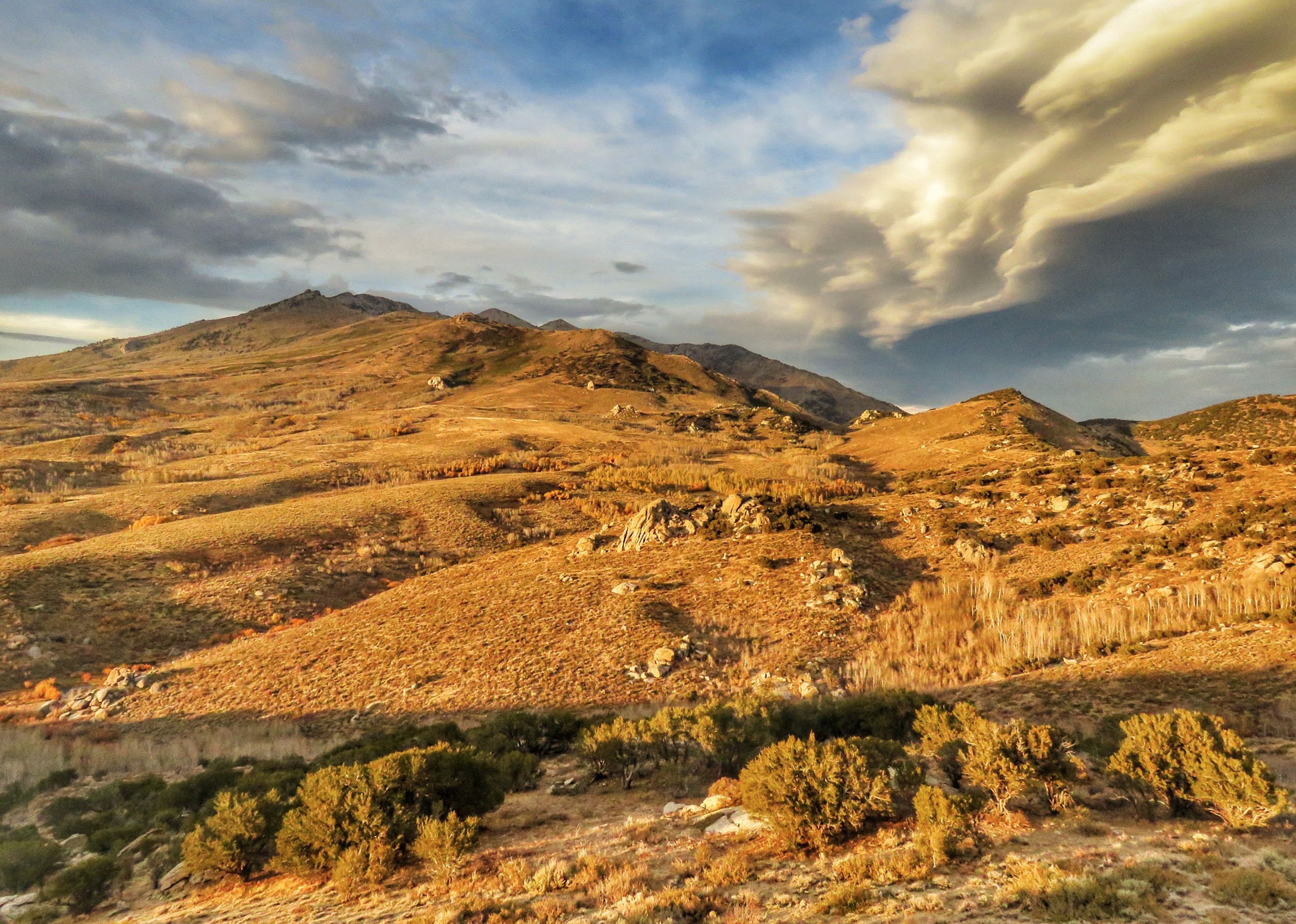 More than a dozen groups — environmentalists, hunters, anglers and tribes — are lining up to oppose a Bureau of Land Management request to open the Ruby Mountains to oil and gas leases. Biologists at the Nevada Department of Wildlife are also concerned about the possibility of leasing up to 54,000 acres in the Humboldt-Toiyabe National Forest, parcels that serve as a critical habitat for several species, including the Lahontan cutthroat trout, Nevada’s state fish.

Earlier this year, the BLM asked the U.S. Forest Service to determine whether or not the area was suitable for oil and gas leasing. The Ruby Mountains, about 20 miles southeast of Elko, are a popular spot for fishing, hunting and backpacking. The agency’s request was prompted by industry interest in the area, according to BLM spokesman Christopher Rose, and is the first step in a long process to potentially develop the land for oil and gas exploration.

The BLM is unlikely to auction off these lands before 2019, Rose said. There’s also a possibility that industry players might pass on the leases. Any individual or company can ask the BLM to consider certain parcels for oil and gas leases, yet land nominations are poor indicators for lease sales in Nevada. Of the 67 parcels that were offered near Elko in March, speculators bid on only 20 parcels, which represented about one-fifth of the total acres BLM put up for auction.

But in the Ruby Mountains case, the groups want to stop the process before it ever gets that far.

On Oct. 3, the Forest Service issued a notice in the Elko Daily Free Press asking for comments on its environmental assessment of the parcels. And several groups, which include Great Basin Resource Watch, Trout Unlimited and Backcountry Hunters and Anglers, are using the comment period to ask the Forest Service to deny the BLM’s request to move forward with the leases.

“There are significant wildlife concerns with almost every single parcel that is being offered for lease,” said Karen Boeger, a co-chair of Backcountry Hunters and Anglers’ Nevada chapter.

The BLM request comes as the Department of Interior, its parent agency, looks to boost oil and gas exploration on public lands. On Tuesday, the Nevada BLM office announced that it would auction 208 parcels (about 389,000 acres) later this year “in keeping with the administration’s goal of strengthening America’s energy independence.” But the agency’s push has brought together environmentalists and some hunters who are questioning how the BLM plans to balance that goal with another stated pledge — to expand access to hunting on public lands.

“There is bound to be conflict whenever there is a proposal for oil and gas,” Boeger said.

In states like Wyoming, Boeger said her organization often sees these interests clashing. But it is rarely an issue in Nevada, which is a minor player in the U.S. oil market.

"It’s a beautiful, incredible place to go deer hunting,” she said, hoping federal wildlife managers will “weigh the conflicts and decide what’s in the best public interest for the long-term.”

The Forest Service is reviewing parcels on the west side of the Ruby Mountains, starting near Lamoille Creek and extending into parts of Sherman Creek, a map of the area shows.

In its environmental assessment, the Forest Service will decide if all or some of the lands should be open to leases and whether to apply any stipulations. According to a public letter, the Forest Service is already considering stipulations to address sage grouse populations, Lahontan cutthroat trout corridors, migratory bird nests and an important winter range for mule deer.

“We want to hear from the public, if they have any concerns or opinions on whether the Forest Service should make the lands available for leasing or not,” said Susan Elliott, the minerals program manager at the Elko office. “We very much consider those comments.”

On Thursday, Nevada Department of Wildlife biologists met to discuss the issue.

They are concerned that leases could harm wilderness that is important to mule deer migration, sage grouse recovery and the Lahontan cutthroat trout, a threatened species. State wildlife managers plan to comment on each parcel individually. They will recommend no leases in priority sage grouse habitat and seasonal restrictions on other parcels.

“We don’t have any control; we just make scientific comments on the parcels from a wildlife point of view,” said Joe Doucette, an NDOW spokesman wrote in an email. “The [Forest Service] and BLM have the final say in what happens here.”

The Center for Biological Diversity, a fierce opponent of oil and gas leasing, is pushing hard against the BLM’s Ruby Mountains request. Patrick Donnelly, the group’s state director, called the proposal “the single most inappropriate place to drill for oil in all of Nevada.”

“It’s overlapping an area that is beloved by many and used by many,” said John Hadder, director of the Great Basin Resource Watch. “There are a lot of intersecting problems with this particular lease sale.”

This environmental assessment will only consider the effects of leasing to surface habitat. If the land is eventually leased, future environmental studies would look at the impacts of drilling.

The comment period on the Forest Service’s environmental assessment will stay end Nov. 2.

Comments can be submitted by mail or through an online portal.

This story was updated Oct. 23 to include the letter above.