Heller, like Reid, opposes Yucca but takes money from those who support it 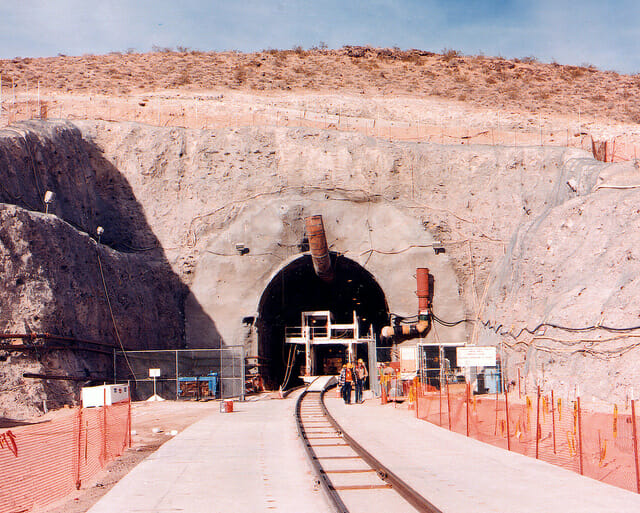 Like Harry Reid before him, Nevada’s latest senior senator talks a good game on a proposed nuclear waste dump in Nevada.

“Yucca Mountain is dead, it is that simple,” Sen. Dean Heller said this week as the House prepares to make it undead, echoing what Reid said frequently when he was there.

But Yucca is, as Faulkner might have said, not dead – it’s not even past. And as Heller prepares to cite his effectiveness on fighting the awful evil of Yucca Mountain and disgorge the same kind of hyperventilating rhetoric we have seen since Screw Nevada I in 1987, he has something else in common with Reid: He has taken a lot of money from companies that are pushing and/or would benefit from the dump.

Hypocrisy is the oldest profession on Capitol Hill. But I still marvel how someone can, with a straight face, rail against Yucca, yet take money from proponents.

I wrote about this 11 years ago with Reid. As I wrote then: "Hypocrisy, of course, is endemic to a debate that has been characterized by the irreconcilable juxtaposition of ‘blowing up bombs at the Test Site: good; putting waste near the Test Site: bad.’”

Reid had taken money from General Atomics, a defense contractor that has specifically mentioned Yucca on its site. Now Heller has done the same and in significant amounts.

Heller has taken $8,500 ($4,500 this cycle) from NRG Energy, the first company to apply for a nuclear reactor permit after Three Mile Island. And the senior senator has accepted $14,500 ($2,000 this year) from Duke Energy, which has been a longtime proponent for the dump.

So what does this all mean?

Frankly, I long ago grew weary of the dump rhetoric. It’s so unimaginative and uninspiring.

But the ravenous appetite for campaign funds motivating Nevada elected officials to swallow money that is provided by those who advocate for a project they say threatens the health, safety and welfare of the public – to use the old Richard Bryan chestnut – never ceases to amaze.

Reid’s spokesman would not address it directly 11 years ago and simply said he stopped the dump so that’s essentially all that matters. So what does Heller have to say about why he took the money?

This post ends the way most pieces on Heller do anywhere in the world: Team Heller declined to comment.