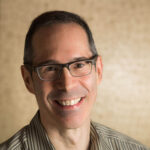 One of the virtues of Assembly Bill 276 is its simplicity. In a mere 22 words, it triples the damages government agencies are required to pay citizens who prevail in public records lawsuits.

AB 276 is necessary because Nevada's Public Records Act doesn't always provide requestors with the tools they need to compel government officials to follow the law and release government records that rightfully belong to us — the public. If a government agency denies a request, citizen-requestors have only one way to fight back: To file an expensive lawsuit that can cost six figures and take years to prosecute.

Few individuals or organizations can afford to do that. As a practical matter, that means when the government denies a records request the decision is rarely challenged. It also means that those who do file lawsuits under the Public Records Act are seeking records they consider vitally important and they're likely to have a very strong case.

AB 276 is currently stuck in the Assembly Government Affairs Committee and for procedural reasons we have only one day to save it. It will take a public outcry to make that happen.

The good news is the committee is chaired by Assemblyman Edgar Flores, a champion of government transparency who played a vital role in the passage of an important public records reform bill in 2019. And AB 276 would be likely to pass if it was brought to a vote. The bad news is that under the Legislature's rules, if it doesn't get a vote by Friday afternoon it will die in committee.

We encourage you to contact Chairman Flores at [email protected] and respectfully ask him to schedule a vote on the bill before the end of the week. You can also share your opinion on the bill here on the Legislature’s website.

Why do we need AB 276? A recent example is instructive. In 2017, the Las Vegas Review-Journal sued the Clark County Coroner’s Office for access to juvenile autopsies it sought for an investigation into failures by child protection workers to defend children from neglect or abuse. It took almost four years and several court rulings to compel the coroner to finally surrender the records.

“Why the coroner’s office does not link arms with the Review-Journal and provide records freely and voluntarily is unimaginable,” said now-retired District Judge Jim Crockett before ordering the records to be released and awarding the paper $167,000 in legal fees it spent in the case.

Under AB 276, Clark County would have been required to pay three times that amount. That larger stick would have been likely to convince the county to limit its damages and surrender the records before a lawsuit was filed, paradoxically saving taxpayer money.

So the bill would incentivize public officials to follow the law and release records that belong to the public. And it would encourage requestors who have a strong case to fight back when government officials try to keep important records secret.

Please let Chairman Flores know we need his help to convince government agencies in Nevada to stop wasting our money waging quixotic battles in lawsuits that never should have been necessary in the first place.

Richard Karpel is the executive director of the Nevada Press Association, which represents newspapers, online news websites and magazines based in the Silver State.