Home births on the rise in Nevada, even as insurance barriers remain 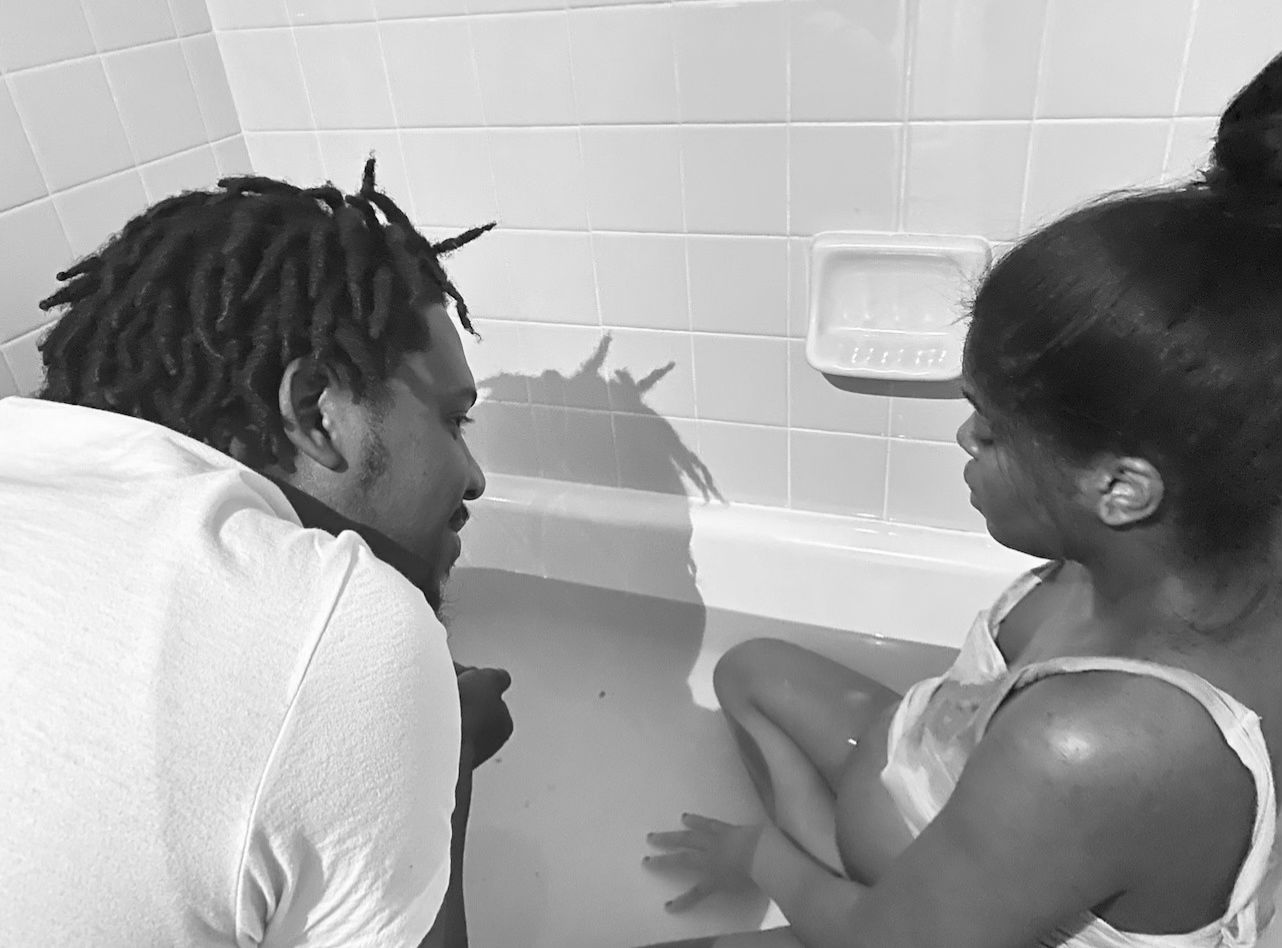 Recently married, pregnant and living in a new state, North Las Vegas resident Ke’Arra Holliday said she gravitated toward a home birth for many reasons, including COVID-19, the business nature of hospitals and the high maternal mortality rate for Black women across America.

Holliday said she moved from California and did not have a relationship with a local doctor whom she trusted. Plus, she had always envisioned a home birth.

“A lot of people were like, ‘Oh, girl, you're never gonna deal with that pain. You're gonna be begging for the epidural,’” said Holliday, 27, referring to the powerful pain reliever available only at a hospital birth.

After she relocated, she said she immediately began searching for doulas and midwives so she could have a natural birth. A doula is a non-medical professional who ​​provides guidance and support to caregivers before, during and after pregnancy, while a midwife specifically delivers babies during childbirth in place of a doctor.

Holliday said when people in her life learned about her plans for birth outside of a hospital, her older relatives and friends discouraged her, but a few people uplifted her and told her she could do it.

She said most people fear having a natural birth but that the process was bearable.

“You think ‘oh my God, I’m about to be on the floor dying,’” Holliday said.

In labor for about an hour and a half, Holliday said the baby came so fast that she almost delivered with just her family and doula present. Her midwife arrived 10 minutes before the baby was delivered. Holliday described an overwhelming amount of pressure between her hips and shouting an expletive at one point.

But after that she was fine — and after a single controlled push, she quickly gave birth to a healthy baby boy, Mason E. Holliday, in March.

Home birthing parents turn away from hospitals for a variety of reasons, from a desire for autonomy to financial considerations. Holliday said the flexibility of giving birth at home allowed her to move the delivery, while she was in labor, from her bedroom bathtub to her guest bathtub because there was less light and it was more comfortable for her.

Holliday said her experience delivering her firstborn was great and credited the outcome to her being at home in a comfortable environment, with trustworthy people and without medication.

“Like my body did everything – the pushing for me – and everything,” Holliday said. “It's literally like, for example, if you're throwing up – when you throw up your body naturally pushes up [vomit].”

In early American history, women had an average of seven babies, and it was common for them to dread both the pain and possibility of death during the birthing process. But with new innovations such as the use of birthing forceps and anesthesia, child delivery was modernized and moved out of the home into medical offices with male physicians.

But Holliday is part of a growing number of mothers returning to natural home births. The Centers for Disease Control and Prevention reports the number of home births in Nevada rose from 480 to 593 between from 2018 to 2020, aligned with an upward national trend that has been ongoing since 2004. Still, the option accounts for a small fraction of the approximately 37,000 births in Nevada each year.

“I met with my midwife very often,” Holliday said. “She was amazing. And then my doula, she was amazing as well.”

Holliday said she spent less than $5,000 on her home birth, which included a doula, midwife and postpartum care. She paid out of pocket and was able to make payments, which started during her first trimester.

“My doula, our relationship is still going on,” she said. “She does postpartum checkups … If you're having a bad day or your postpartum [depression] is really bad, she'll come and cook your meals and watch your baby while you take a nap or take a shower.”

In Nevada, births at a hospital cost a little more than $21,000 on average, 41 percent higher than the national average, but the state has one of the lower infant mortality rates in the country, at about four deaths per 1,000 live births.

Nevada’s infrastructure has leaned toward hospitals as the main birthing place, especially for high-risk deliveries and breech babies, and for the access to pain relief and medical care in case of an emergency that a hospital provides.

But critics have argued that hospitals can be a disruptor of natural birthing processes.

“Sometimes I feel like hospitals will make you feel like you have no other options than to have a baby the ‘traditional’ way,” said Brittany Kemp, a Southern Nevada-based doula. “Or I think about the rise of cesareans. Sometimes doctors really don't work with the patient to make sure they can still have a vaginal delivery.”

One in 3 babies in Nevada are delivered by cesarean operation.

Kemp said hospitals tend to work in tandem with Western medicine norms that might not be ideal for everyone. She said the decisions made by hospital staff can be authoritative and argued that the arrangement should include more flexibility because the moments around delivery and pregnancy influence early childhood experiences.

It’s those circumstances, she said, that prompt families to seek new options.

“I had a great experience giving birth at a hospital,” Kemp said. “But I know a lot of people that didn’t have such a great experience and didn’t feel like they had the time that they needed to bond with their baby – or even [had time] to create a birthing plan where they felt like they were included in the whole process.”

“For many years, Nevada has embraced the profession of midwifery because of the lack of medical facilities,” said Assemblywoman Daniele Monroe-Moreno (D-North Las Vegas), who sponsored legislation last year dealing with the profession. “And because we're a Battle Born state where a lot of families were far away from a hospital or simply didn't want to have the use of a GYN.”

Monroe-Moreno’s bill, AB387, would have made midwifery services covered by Medicaid, and Medicaid typically only reimburses for services from credentialed providers. But the measure received significant pushback, mainly from professionals in the field, because it introduced optional licensure and some midwives prefer the profession has as few barriers to entry as possible.

“The fear was that if there was an optional [midwifery] licensure, that at some point, some legislative body would come back and make it mandatory that all midwives have a Nevada license,” she said.

The bill ultimately died by one vote in the state Senate.

Meanwhile, AB256, a bill that calls for expanding Medicaid insurance to cover the services of registered doulas in Nevada, did pass last year. The state is moving forward with a plan to allow doulas to bill Medicaid for their services if they are certified and enrolled in the state’s program.

On the Nevada Certification Board website, the requirements for being a certified doula include 20 hours of approved training, attendance at a minimum of one birth within the past five years, and living or working in the state at least 50 percent of the time. Additionally, they are required to have adult and infant CPR certification.

It’s a step toward more options in the estimated 60 percent of births in Nevada that are covered by Medicaid, although proponents say there is still much more work to be done to ensure doula services are widely available and covered by insurance.

Holliday feels lucky she was able to pay out-of-pocket in installments for both her doula and midwifery services because Health Plan of Nevada, her insurance provider, did not cover them.

“Sometimes you know, you're in the hospital and you think you're gonna deliver with one person and they have another person who's on-call who delivers your baby,” Holliday said. “I just felt more comfortable in my own home with my family around, my husband around, people that are trusted.”