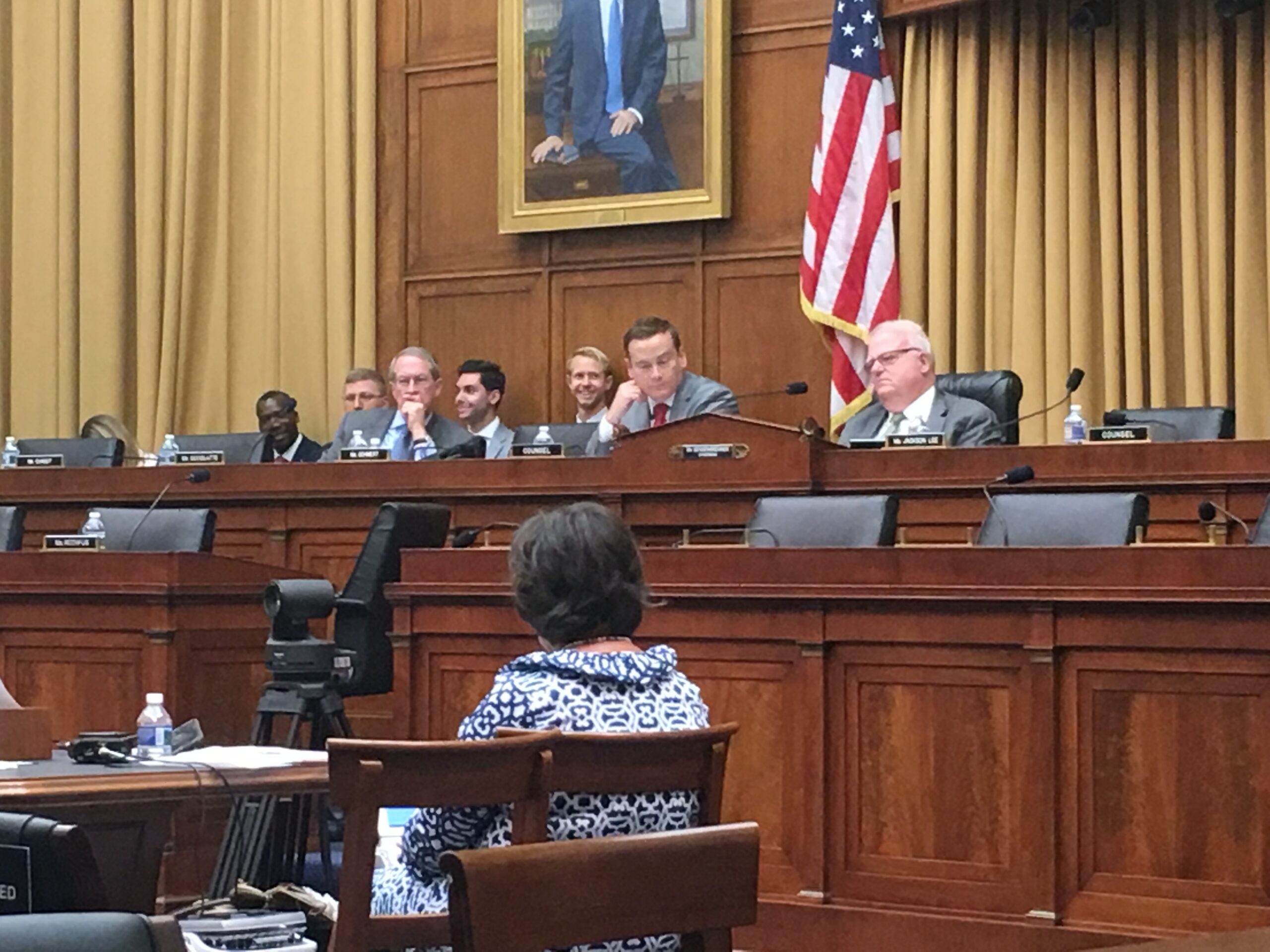 Key House lawmakers said Thursday that Congress may need to act to protect children and consumers from online sports betting, setting up a conflict with gaming industry advocates, including one from Nevada, who underscored existing safeguards and the benefits of a state-regulated legal market.

Goodlatte and Wisconsin Republican Jim Sensenbrenner, chairman of the panel’s Crime, Terrorism, Homeland Security, and Investigations Subcommittee, which convened the hearing, said they are concerned about the use of the internet for sports betting, which could make it easier for children to bet on their phones, as well as the temptation to alter the outcome of games.

The desire for federal regulation was echoed by New York Democratic Rep. Jerry Nadler, who is the ranking member of the panel and likely the next chairman should Democrats win control of the House after the midterm elections.

“As more states enact laws to allow sports gambling within their borders, and seek to establish standards and regulatory frameworks to govern how it may take place, Congress should examine these issues involving the integrity of gaming and consumer protection,” Nadler said.

Democratic Rep. Dina Titus, who represents the Strip, was monitoring the hearing and said that the members on the committee are only now digging into the issue since the Supreme Court ruled in May that the 1992 law banning sports gambling was unconstitutional.

“It just shows you how little people know about how this works. It’s a complicated business. That’s why Nevada needs to be at the table,” Titus said off the House floor.

Titus added that she doesn’t believe any sports betting legislation would pass the House this year, but she said she will keep an eye on the issue next year. “We just want to be sure if something does move that it doesn’t supersede or undo what Nevada has already accomplished and that Nevada is at the table showing them how to do it,” Titus said.

She noted that Becky Harris, a former state senator and the first woman to chair the Nevada Gaming Control Board, who appeared before the subcommittee Wednesday, had recommended, along with Titus, a visit by the committee members to the Nevada to learn more about the issue.

“We talked about the possibility of bringing some people out to see it up close and personal because it’s a lot better when you can see it than just hear about it,” Titus said.

The removal of the ban allowed states to pass laws to allow sports betting and Delaware, New Jersey, Mississippi, and West Virginia have done so. Nevada gaming companies, which have been running sports book operations since 1949, stand to gain from new business opportunities as more states decide to allow sports betting.

“I don’t think right now is the time for any federal engagement with regard to gambling. I think states do a great job in every area, including the new sports betting,” Harris told Nadler when asked about federal regulations. “We’ve just begun to see the roll out in other states, but Nevada has a comprehensive regulatory structure that has been refined over decades and we have a lot of integrity in our process.”

When asked about minors gambling online, Harris said that with regard to sports betting, Nevada requires people to show up at and present ID before an online account can be set up. “You are checked on LexisNexis and there are some background requirements that are performed to make sure that the person opening the wagering account is in fact that person and not a minor,” she said.

Slane argued that the industry must have a light regulatory regime in order to compete with the illegal market, which typically offers better odds and does not report to the IRS.

“Sports betting is a low margin business, so in order for us to compete with the illegal market, there have to be the policies in place that enable us to do that, offer competitive odds and drive traffic to our legal, regulated states,” she said, adding that surveys of illegal bettors show that 70 percent want to go to legal, regulated market rather than operate in the shadows of the law.

Both Harris and Slane said that so-called integrity fees—which the most popular sports leagues have recommended be added to each bet to help cover the cost of policing games to keep them fair—would prevent sports book operators from turning a profit and, with no legal alternative, keep gamblers betting in the illegal market.

Opponents believe that online sports betting is dangerous and are looking for Congress to take the lead to protect consumers.

“It’s going to be up to you to protect states that don’t authorize sports betting,” said Jon Bruning, a former attorney general of Nebraska, who represented a group called the Coalition to Stop Internet Gambling, which has ties to Las Vegas Sands Corp. Chairman Sheldon Adelson.

Bruning’s testimony cited news reports from England that showed operators using advertising to target kids and one instance where a 13-year-old boy took his father’s credit card after seeing online gambling ads while watching his favorite soccer team and lost more than $140,000 dollars in a matter of days.

Bruning acknowledged that gambling regulations in Nevada are top notch, but he contended that the online element makes gambling more difficult to police. He suggested that Congress update the Wire Act, which bans interstate and foreign online sports gambling, to better police all online gambling.