How a California groundwater case could affect Nevada and the West 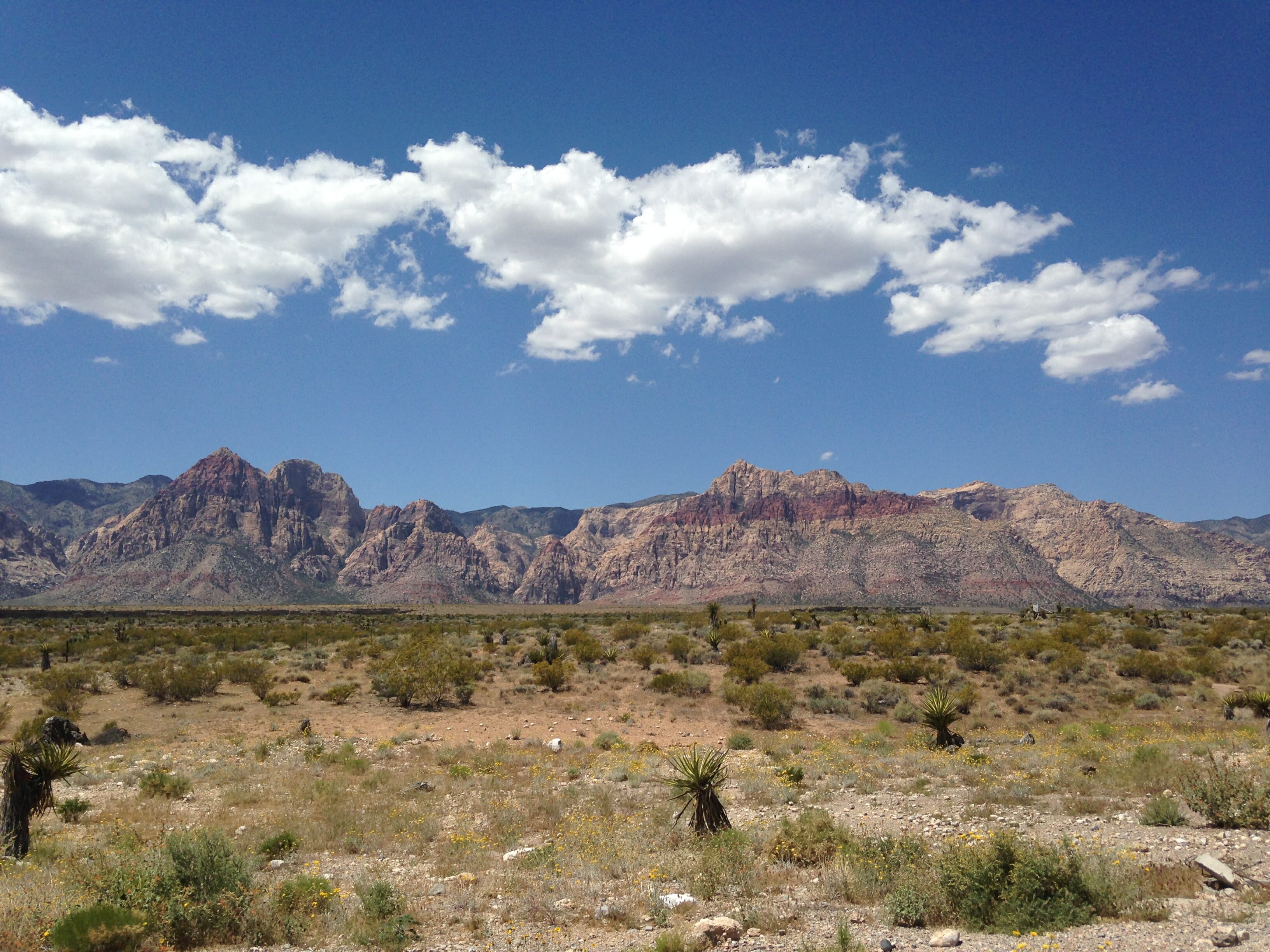 Earlier this month, 10 states urged the Supreme Court to hear a low-profile case that started in California’s Coachella Valley but could have significant ramifications for water management in Nevada and the West. Writing for the states, Attorney General Adam Laxalt described a lower court’s decision as “literally a watershed opinion washing away the authority and control that states have traditionally exercised over groundwater resources.”

The case looks to clarify what rights Native American tribes have to groundwater on reservations. In 1908, the Supreme Court said tribes possessed a federal right to surface water, but lower courts have since clashed over whether or not those rights extend to groundwater.

Groundwater is a vital part of the West’s water supply, but many basins throughout the region are pumped at unsustainable rates. More water is taken out than can be replenished. This is true in Nevada, where in some instances, total rights to water on paper exceed the annual supply.

For nearly 100 years, courts have differed and danced around the issue of whether reservation rights include groundwater. But in March, the Ninth Circuit Court of Appeals gave a definitive answer in the affirmative, extending groundwater rights to a California tribe in the Coachella Valley around Palm Springs. The three-judge panel said the federal government, in establishing reservations, had impliedly earmarked groundwater for tribal use. The court took the additional step of explicitly saying a tribe’s federal groundwater rights preempt state law.

Tribes applauded the Ninth Circuit ruling in Agua Caliente Band of Cahuilla Indians vs. Coachella Valley Water District, et. al. And several attorneys who work on Native American resource issues said they expected to see a maelstrom of litigation as tribes act on the ruling.

But the decision left many questions unanswered, and that uncertainty worries arid states where water is scarce. Where do the states’ water laws fit into the Ninth Circuit’s decision? That is the central question in the amicus brief from Laxalt on behalf of attorneys general in Arizona, Arkansas, Idaho, Nebraska, North Dakota, South Dakota, Texas, Wisconsin and Wyoming.

Authority over water traditionally belongs to the states. They decide how water is regulated and allocated. States are concerned that losing any control over management could further endanger aquifers that provide drinking water and often support ranching, mining and farming operations.

New claims to unaccounted groundwater rights — rights that would preempt state law — could disrupt an already strained system, they argue. And the recent ruling might indirectly affect water rights on federal land that’s been reserved for national parks or military bases. Some have even argued it could affect the Southern Nevada Water Authority’s proposed pipeline project.

- May 2013: A Palm Springs-based tribe, the Agua Caliente Band of Cahuilla Indians, sues two California water agencies to assert a priority right to groundwater. The tribe, with more than 400 members and 31,000 acres, criticizes how the public agencies have managed the aquifer and said they want to play a greater role in its governance. The two agencies publicly question its motives, suggesting there might be a financial incentive.

- June 2014: The U.S. government joins the case and argues that the tribe’s priority rights — under what is known as the “reserved rights doctrine” — extend to groundwater.

- July 2017: The agencies appeal to the Supreme Court.

- August 2017: Nevada, with nine states, files a brief urging the Court to hear the case.

About the reserved rights doctrine

The basis for federal water rights stem from a 1908 Supreme Court case, Winters v. United States. In the Winters case, the court ruled that through establishing an Indian reservation, the federal government had impliedly allocated enough water necessary to fulfill the reservation’s purpose. In a 1963 Supreme Court case, these rights were applied to all public lands, including national monuments and wildlife refuges. The court has refined the doctrine since then, but it has never conclusively answered the question of whether reserved rights include groundwater.

The Supreme Court hasn’t entirely avoided the issue. In a 1975 case involving the Death Valley National Monument, the court said that the U.S. government could protect groundwater on federal land from over-pumping. (In the case, pumping threatened the pupfish at Devils Hole.)

The Ninth Circuit cited the case in its March opinion: “If the United States can protect against groundwater diversions, it follows that the government can protect the groundwater itself.”

There were three significant findings in the appellate decision:

1) Tribes have a federal reserved right to groundwater on their land.

3) The rights are not lost even if they haven’t been used in the past.

What that means is up for interpretation.

“It’s not clear what that would mean, for state law to be preempted,” said Leon Szeptycki, an attorney who leads a water policy group at Stanford’s Woods Institute for the Environment.

The potential impact on Nevada and other states

Laxalt writes of “potentially devastating consequences” if the Supreme Court decides to let the Ninth Circuit decision stand. Giving preemption to federal rights could disrupt the state’s ability to manage water and impact economies that have relied on groundwater for years, he argues.

Since almost all of Nevada’s groundwater is allocated or over-allocated, he argues that the “longstanding and settled appropriation regime will be disrupted by new, unaccounted-for federal reserved groundwater rights claims that are suddenly asserted for the first time.” The result is that the new claims could push out people who have already built communities or businesses around their water rights. “Existing groundwater users may lose their established right to use that water, or be subject to curtailment in the inevitable times of scarcity,” he wrote.

Given that 85 percent of Nevada land is owned by the federal government, Laxalt said that the state includes a large portion of land where possible claims could be made. When the case was pending before the Ninth Circuit, two Nevada tribes signed onto a brief supporting the Agua Caliente tribe. The Agua Caliente case was also cited during a recent hearing on the water authority’s proposed pipeline, which would convey billions of gallons of groundwater to Las Vegas.

A lawyer for the Confederated Tribes of the Goshute Reservation raised the Ninth Circuit ruling during a hearing on the 263-mile pipeline project that has been held up by several legal actions. Tribes could assert reserved rights in areas where SNWA would want to pump groundwater.

“There is a potential that it could apply to the pipeline project as well,” said Howard Watts, a spokesman for Great Basin Water Network, which is leading the legal fight against the project.

Nevada’s opposition to the Ninth Circuit ruling taps into a larger debate about the role that the federal government should play in managing land. When the attorney general announced the amicus brief, he framed it as “challenging federal overreach on groundwater rights.”

In a press release, Laxalt said he was taking “necessary steps to clarify states’ groundwater rights and ensure Nevada’s best interests are being protected from unnecessary and unwarranted federal interference.” Throughout the brief, Laxalt argued that favoring federal water rights would also undermine the state’s ability to make its own choices. The ruling, Laxalt wrote, “has left the states with great uncertainty in an area of paramount sovereign importance.”

Is the Supreme Court likely to hear it?

That depends on who you ask. Lawyers in the “yes” camp say that the Ninth Circuit decision has national implications and would settle a topic that has led to conflicting outcomes. In the past, state courts have reached differing conclusions on how these rights fit in with state water law. Wyoming’s Supreme Court said tribes did not have a federal groundwater right. In a later case, the Arizona Supreme Court said there was a right, just within the framework of state law.

Others are skeptical. Monte Mills, an assistant professor at the University of Montana’s Indian Law Clinic, said he thinks the Supreme Court will be reluctant to hear the case until the lower courts decide how much groundwater should be allocated to the Agua Caliente tribe.

Supporters and opponents agree on one thing: if the Ninth Circuit opinion stands, a flood of litigation is coming.