I am a patriot 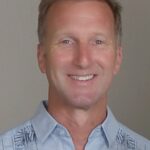 Michael Current
May 31st, 2021 - 2:05am
Someone holding several small American Flags with other flags and a crowd in the background. Photo credit: KathyKafka at iStock.com
I am a patriot

Memorial Day is our national day of remembrance for America’s heroes who paid the ultimate sacrifice in service to our country. These fallen patriots came from all walks of our nation’s landscape: political, racial, religious, gender, ethnic, or economic. In death they shared one thing in common. Each gave all to preserve our democracy.

“Patriot” has two criteria: 1) love of one’s country, and 2) a willingness to defend her.

Unfortunately, the term “patriot” has been hijacked by people and organizations who want to promote their political views, historical perspective, or interpretation of our American values. Their warping of the term--essentially equating patriotism with partisanship--has been part of an overall national campaign to divide our country, to pit American against American. And, as in war, there have been casualties.

Last fall, a long-time U.S. Army brother-in-arms posted on Facebook pictures from one of then President Donald Trump’s election rallies my friend had attended. The caption above the pictures read, “It was great spending the day with true patriots!”

I commented on my friend’s post. I gave a definition of patriot. I pointed out that my over-30 years of active military service, including two combat tours, two peacekeeping missions, and seeing my children serve combat tours in uniform qualified as patriotic. Finally, I tactfully noted, while we might disagree -- even vehemently at times -- on political policies, we were both still patriots. In response, my long-time friend blocked me on Facebook.

While I only lost a friendship, across our country we have suffered far worse rancor and division. Entire communities have split along political, racial, religious, ethnic, or economic lines. The rift has become visceral and sometimes violent. Dialogue, coordination, and compromise are now synonymous with weakness, even cowardice.

Part of this national division is rooted in some folks’ acceptance of, and adherence and allegiance to an alternate reality, founded in a campaign of lies and misinformation concerning election fraud. We all watched this attack on truth culminate on January 6th when insurrectionists stormed our nation’s capital, paraded a traitorous flag through its halls, and injured and killed Capitol policemen. Four months later, unfortunately, the “big lie” continues to percolate.

The Nevada Republican Party Central Committee voted to censure Secretary of State Barbara Cegasvke, the only Republican statewide elected official, because she would not support fabricated claims of election fraud. Additionally, Nevada state GOP lawmakers pushed back on election bills, including AB321, that would permanently expand voting access, even though in 2020 those measures were statistically shown to equally benefit voters on both sides of the political aisle.

In Washington DC, House Republicans voted to remove Wyoming Congresswoman Liz Cheney as chair of the House GOP conference. Her crime: telling the truth that unfounded voter fraud claims are “a poison in the bloodstream of our democracy.” Closer to home, Congressman Mark Amodei (R-NV) voted against the formation of an independent, bipartisan commission to investigate the facts surrounding the January 6th Capitol attack. When it came to seeking truth, Amodei's press statement on the matter concludes with the words, "No thank you."

For some, showing loyalty to an authoritarian’s false narrative is more important than honoring truth. But, truth is non-partisan and the foundation of our republic. Devotion to anti-truth is anti-American and betrays the values we share as American citizens, and the character that embodies us as Nevadans.

Acceptance of the truth by all must start. And America’s divisiveness must stop.

To honor those who died to preserve our republic, each of us should first reaffirm our allegiance to the U.S. Constitution and the ideals it represents. Each of us should reach across one of many ideological chasms to connect with our fellow citizens, our fellow Americans. Finally, each of us should help in the healing of our nation. In doing so, we will all be patriots on this Memorial Day.