Imagine a future of wide-open spaces with 30x30 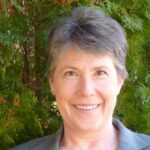 We have been inside for a year now without the norms of travel, eating out, visiting others, and often even being outside. The desire to be outside in nature is as great as any time in history.

These differences between city life and nature are the reasons that our national parks system was created by the Yellowstone Act of March 1, 1872. Congress established Yellowstone National Park "as a public park or pleasuring-ground for the benefit and enjoyment of the people.” Right now we have the chance to do something with an even greater impact. Not only can we protect more areas, but we can also affect the future of climate change. How we do this is through a national and international initiative to protect 30 percent of the planet’s lands and waters by 2030.

What does 30x30 mean to you? This initiative will affect everyone: Our families, and our future generations to come. Cities are growing; populations are increasing. This means that there will be a greater need for food, housing, transportation, water, and more. We have already seen elements of this dramatic change. Las Vegas has experienced a 73 percent increase in growth over just the last 10 years. That population change is the second highest in the nation. Las Vegas isn’t alone. Nevada's population in 2020 increased by 1.5 percent, the third-highest increase in the country behind Idaho and Arizona. This growth shows on the landscape, where between 1990 and 2018 Nevada lost 6.2 percent of its public lands — some 3,749,878 million acres.

City sprawl removes habitat for wildlife, and this loss threatens the kind of biodiversity that must have large protected areas to find food, shelter and water. The plant life in these protected areas also removes large amounts of carbon dioxide from the air. Deserts like the Mojave, which look to some like wastelands, are significant landscapes when it comes to the natural carbon cycles and climate change. Scientists who worked at the Nevada National Security Site found in a 10-year study that as carbon dioxide levels increased in the Mojave, the plant life and soil absorbed more carbon dioxide. These same scientists also estimated that deserts like the Mojave account for 15 percent to 28 percent of the current land-based uptake of carbon emissions today. That means huge amounts of carbon dioxide annually.

Another research report co-authored by John “Jay” Arnone, an ecologist with Desert Research Institute’s Reno lab, says, “if the Mojave readings represent an average CO2 uptake, then deserts and semiarid regions may be absorbing up to 5.2 billion tons of carbon a year, roughly half the amount emitted globally by burning fossil fuels.” This matters because the plants absorbing CO2 are both the food supply and basis of biological diversity found not only in the Mojave surrounding Las Vegas, but also in the Mount Charleston area, which has 60+ unique species.

Do you like to hunt or fish? The biological diversity of Nevada is key to our outdoor recreation economy, and activities like hunting or fishing are dependent on our protected public lands. These lands are also where our waters come from. Nevada gets the smallest amount of water from Lake Mead of all of the users of the Colorado River; the rest comes from groundwater. With less rain, as we have seen in the current 21-year drought, there is less available groundwater. As rain goes on its journey to an aquifer, it nourishes the plants that animals feed on and hide in, so less water adversely affects hunting and fishing habitats. Forests and other plant life dying as a result of drought also bring higher risk for wildfires, which diminish habitat for years, as we’ve seen in the Spring Mountains, Lovell Canyon, Mt. Potosi, Lamoille Canyon and so many others. If you work anywhere in the outdoor recreation industry, it threatens your livelihood.

In Nevada, somewhere between 12 percent and 15 percent of our land has some form of permanent protection, resulting in benefits to the biological diversity of wildlife and its natural characteristics. With its large share of public land, the state is in a prime position to help the nation achieve its goals — but even with the current amount of protected lands in Nevada, we are still a far cry from 30x30, which has support from 47 states, the Biden administration, and the international scientific community.

Achieving the protection of 30 percent of public lands in the U.S. will need to include Tribal Trust lands, forests, watersheds, and all ecosystem types. We must ensure that these lands and waters remain protected through durable policies and sustainable financing to secure protection commitments. Effective conservation will have to include restoration and strong collaborative processes that engage local rural communities, landowners, ranchers, fishers, hunters, Indigenous peoples and everyone else. 30x30 is an ambitious but achievable plan. It ensures that we all will have the outdoors that we love, preserving our ability to hike, hunt, fish and live — and is a big step in mitigating climate change.

Misty Haji-Sheikh is the Vice-Chair of the Sierra Club’s Southern Nevada Group.