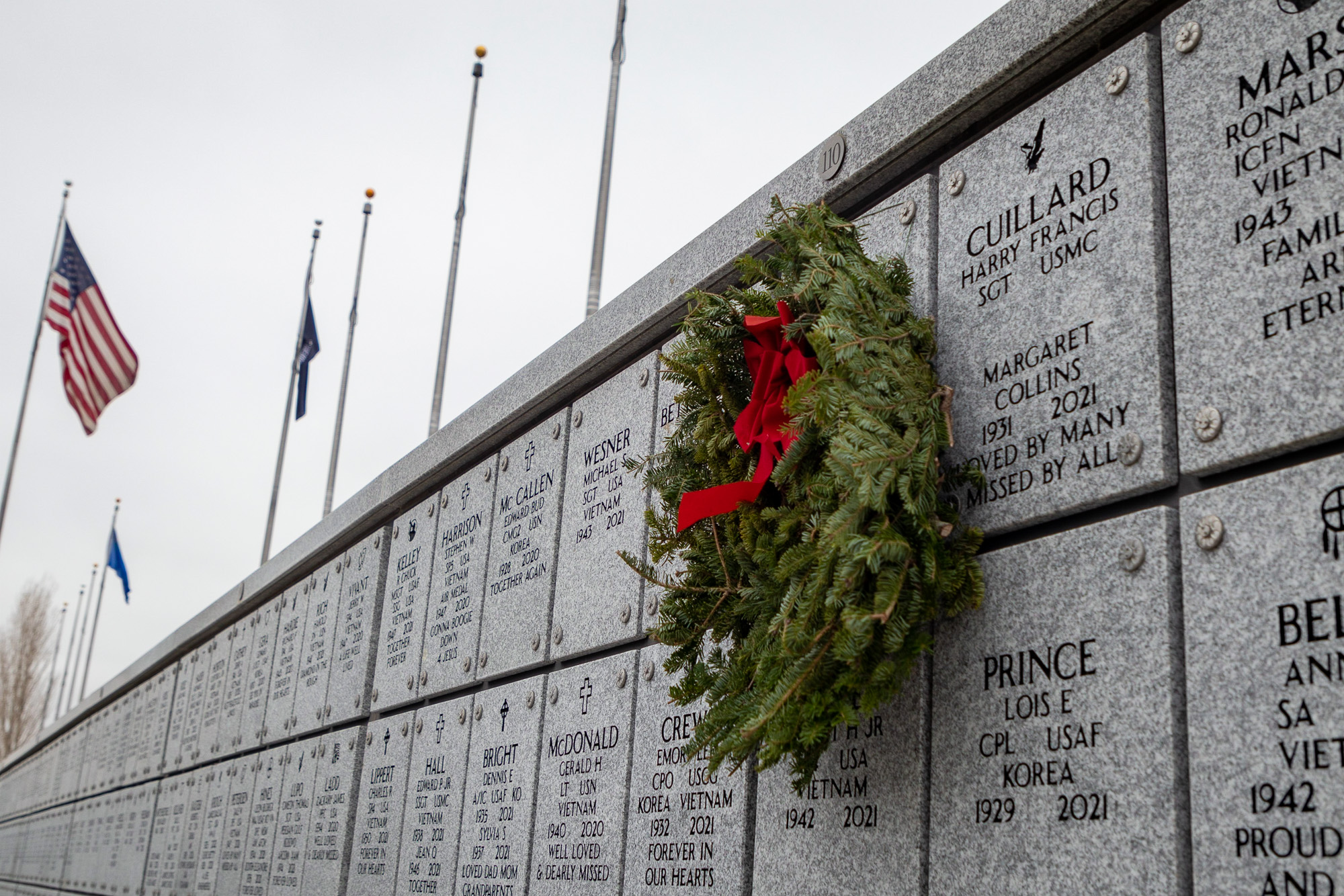 On one of the coldest days of the year, hundreds of people gathered at the Northern Nevada Veterans Memorial Cemetery in Fernley to place thousands of wreaths in honor of Nevada’s fallen veterans.

The event on Saturday was put on by the Nevada Veterans Coalition and is part of a nationwide effort called Wreaths Across America, which aims to involve communities in remembrance events and teach younger generations about the sacrifices members of the armed forces make.

Groups of people both young and old attended the event. Cadets from the Civil Air Patrol, a community service organization and federally chartered auxiliary of the U.S. Air Force, placed wreaths along the back wall of the grounds.

Volunteers were asked to recite aloud the name on the headstone where they lay each wreath and service members and cadets were instructed to render a salute.

“Because if your name is spoken, you are never forgotten,” explained Darin Farr, a leader in the coalition.

Wreaths Across America started informally in 1992, when the owner of a wreath company donated his surplus to be laid at headstones in Arlington National Cemetery. It wasn’t until a photo of the wreaths went viral in 2005 that it started to grow into a nationwide event.

Fundraising for the event starts in June every year and includes everything from large corporate sponsorships to community members sponsoring individual wreaths at $15 apiece. Two large checks — one from Fern 45, a group that organizes an off-road poker run, and the other from Nevadans 4 Vets, which organizes a charity golf tournament, were presented at the event.

The Northern Nevada Veterans Memorial Cemetery was created in 1990 as part of a federal government initiative to support state-run veterans cemeteries. Since then, more than 6,000 veterans and their family members have been laid to rest at the site, with service dating back to World War I.

In less than an hour, volunteers ranging from Fernley High School cheerleaders to combat veteran motorcycle clubs, with fingers numbed by cold, placed all 8,000 wreaths.