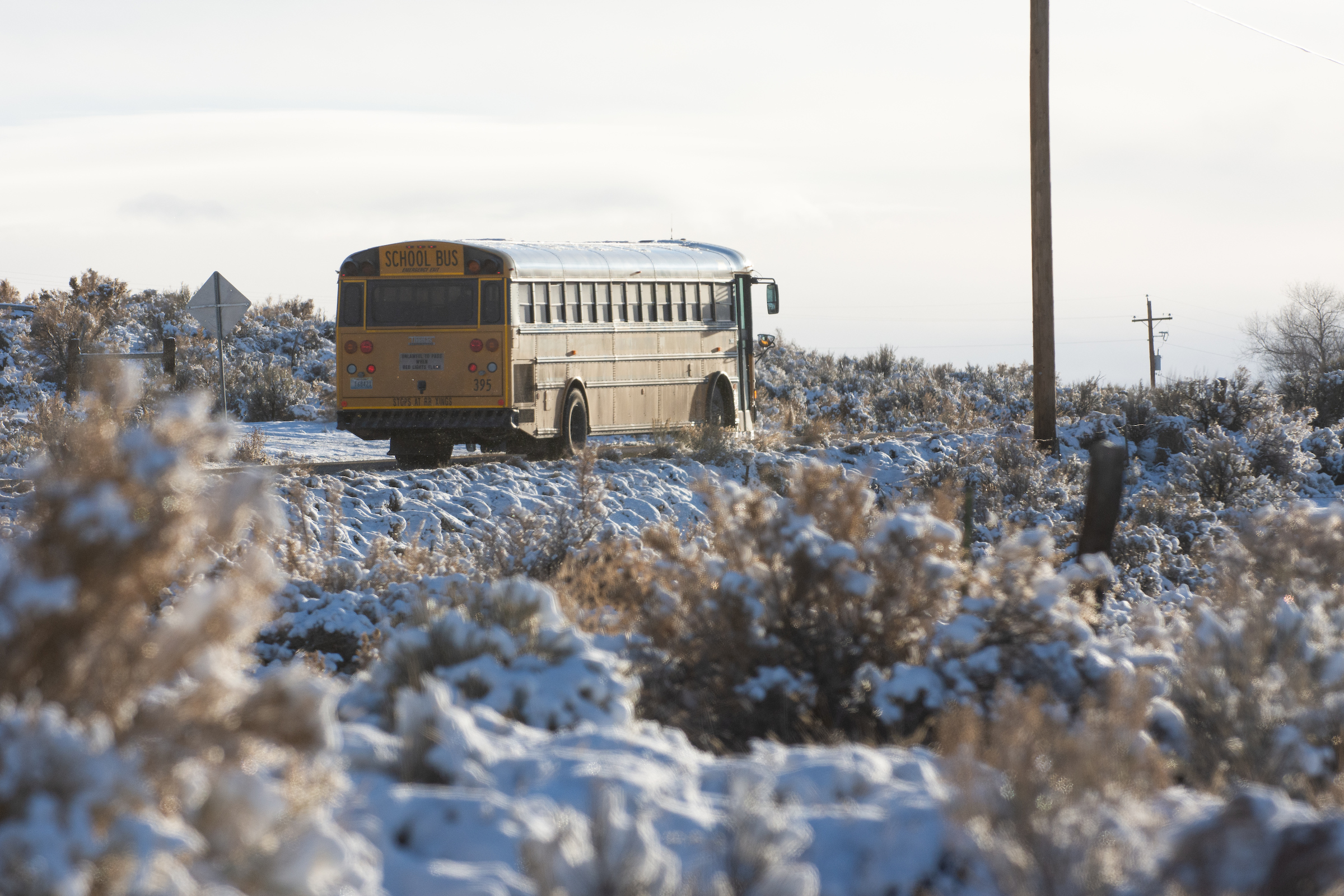 It’s nearly impossible for candidates to campaign on raising taxes in Elko County, where Donald Trump won 75 percent of the vote in 2020.

That could help explain why a proposal to keep tax dollars flowing to schools has failed twice in the last two years, and why county commissioners and city council members have been working hard to characterize their proposals to capture more of that newly freed-up property tax money for their budgets as anything but raising taxes.

Last week, the Elko County Commission and Elko City Council voted unanimously to sweep 50 and 20 cents per $100 of assessed property value, respectively, into their budgets for capital improvement projects. Those funds previously flowed to the school district, but the district’s 75-cent allocation expires in June after two voter proposals to continue the funding failed in 2020 and 2021.

A resident living in Spring Creek, about 15 miles from Elko, expressed skepticism about the move during last week’s county commission meeting.

“You say it’s going to lower everybody’s taxes,” Chris Mullins said. “Is that a guarantee?”

Had the ballot measure passed in December, the Elko County School District had planned to take out $150 million in bonds to pay for the construction of a new elementary school, remodeling projects and more. But now, it’s local governments making big plans for the money, proposing everything from an expanded sheriff’s office to an events center to more parking at a county building.

Because commissioners are only seeking 50 cents out of the newly freed-up 75 cents, they quelled concerns by making the case that residents could still see an overall decrease in property taxes despite their move to raise their portion of it. But with the City of Elko seeking a 20-cent increase, that means taxpayers within the city and incorporated cities of West Wendover, Carlin and Wells may only see a small, 5-cent reduction.

Residents who own property within county boundaries but outside of city limits will see a greater reduction: 25 cents.

School district leaders and those who advocated for the school bond issue ahead of December feel that voters were misinformed about the details of the proposal, believing that if they voted against it, they would see their property tax drop noticeably. But with local governments swooping in to absorb almost all of the available funds, that’s not the case.

“As a mother of [three] Elko County students, this made me feel as though the commissioners felt the students of Elko County are not deserving of safe, usable, functional buildings,” said Tiffanie Eden, who is part of a local political action committee — Citizens for Elko County Schools — that advocated for the school bond measure ahead of the election.

City Manager Curtis Calder said raising the city’s portion of the property tax is an important discussion to have, even if the council gets some pushback from residents.

“We have a number of public hearings for the process,” he said during a phone call this week with The Nevada Independent. “There could be that people come out of the blue and say, ‘Hey, we were expecting a 75-cent decrease in taxes.’ …So they might complain about that.”

If the city had not made a move similar to the county’s and pursued an increase for their budget, residents who own property within city boundaries would see about an 8 percent decrease in property taxes. But, with such minimal savings, Calder argued, is it worth it?

In any given year, the city of Elko has a $40 million backlog of road projects, he said.

“Since what the county’s going to take out of that 25 percent of the tax pie is pretty significant, and it only leaves a little bit left, I think that what will get left is worth going after,” he said.

County and city officials presented ideas last week on where to spend the additional funding, including plans to construct a new judicial building and major road repair projects, while downplaying the potential negative consequences on the schools that have lost their dedicated funding source for capital improvement and maintenance and will now have to dip into their general funds for those expenses.

Other potential projects listed by the county include additional parking for the county complex, a $15 million recreation and events center, expansion of the sheriff’s office, a new ambulance station and a housing development in Jackpot, among others. The county needs list tops out at $88 million.

Commissioners argued that the county has outgrown its facilities and roads.

Between 1990 and 2000, Elko County grew by more than 10,000 people, a 35 percent increase. But growth has slowed, and the county has added fewer than 5,000 more people in the last 10 years. Despite the massive population growth, the county’s portion of the property tax has remained a flat 83 cents since 2006.

“Some of this is just a result of the growing pains that we have in our community,” said Delmo Andreozzi, chair of the county commission, at the meeting last week. “It's not the same place I grew up in — it's growing, it's much larger, the demands are a lot more. I think it's important for us not to absorb that into the general fund with the intent of growing government, although there is a little bit of need in that area.”

Commissioner Rex Steninger, who was outspoken about his opposition to approving bonds to continue school district capital improvement funding, said the opportunity to increase their budget through collection of the 50 cents of property tax is a “once-in-a-lifetime opportunity.”

Commissioner Wilde Brough said that with a flat student population of 10,000 through the years, “the schools have had plenty of money.”

“I’m looking at it being a short window,” he said. “The school district will be able to come back in two or four years and put their issue on the ballot again. In that matter of time, the public will realize that it’s sorely needed.”

The deadline to submit letters of intent to the state Department of Taxation earlier this week was the first step in the process to capture available funds.

By July, county and city leaders will make a definitive decision for the upcoming fiscal year, meaning residents will likely see little to no change in their property taxes.

“I would love to lower people’s taxes, but I don’t think we have much wiggle room,” council member Mandy Simons said.

Ahead of a special election in December, county officials cast doubt on whether school district leaders could be trusted with capital improvement funding after five of seven school board members resigned last summer as tensions over COVID-19 mitigation protocols intensified.

“A never-ending source of money spoils those receiving the funding. It’s human nature. Instead of finding funding for needed projects, those in charge begin to look for projects to use the inexhaustible funds burning holes in their pockets,” Commissioner Steninger wrote in an op-ed to the Elko Daily Free Press in early December.

Some community leaders expressed concerns about the division between the local government entities and the school district and asked commissioners and city council members to consider school district needs.

“I look at where we are as a community,” said ex-Mayor Chris Johnson, who campaigned in favor of keeping funds flowing to schools, during the city council meeting. “And the concern that I have is our division between entities, namely, the school district, the county and the city. As a citizen, I would like to see that we're more cohesive.”

The school district’s capital improvement funds are depreciating over time, he added, and school facilities will continue to require maintenance. He suggested the entities need to share the proceeds of the property tax.

“I would say that the rates that are being proposed by the county and the city are too high, mainly because there's no room for the school,” Johnson said.

The school district plans to present a third proposal to voters in the future to try to restore capital funding once again.

“In the meantime, we are working on better ways to better inform and educate the community on our funding and capital improvement needs,” a spokesperson for the school district told The Nevada Independent in an email.

The district is also working with website agency ClearGov to share budget information in a more user-friendly online format, though that information is already available on the school district’s finance department webpage. The district has also hired a consulting firm to develop a facilities master plan upon approval of the board of trustees.

Johnson, a member of the Citizens for Elko County Schools PAC, recounted how difficult it was to inform voters ahead of the special election in December, particularly in regard to the details of a complicated tax process. The local governments, he pointed out, don’t carry the burden of having to convince the whole county’s voters to approve their property tax raises and can simply vote as a board to scoop up unclaimed funds. He said going through the voter process is a tremendous feat.

“It took me three times to listen to the bond proposal to get on board,” he said. “To sell that to the general public in that short amount of time wasn’t going to happen.”