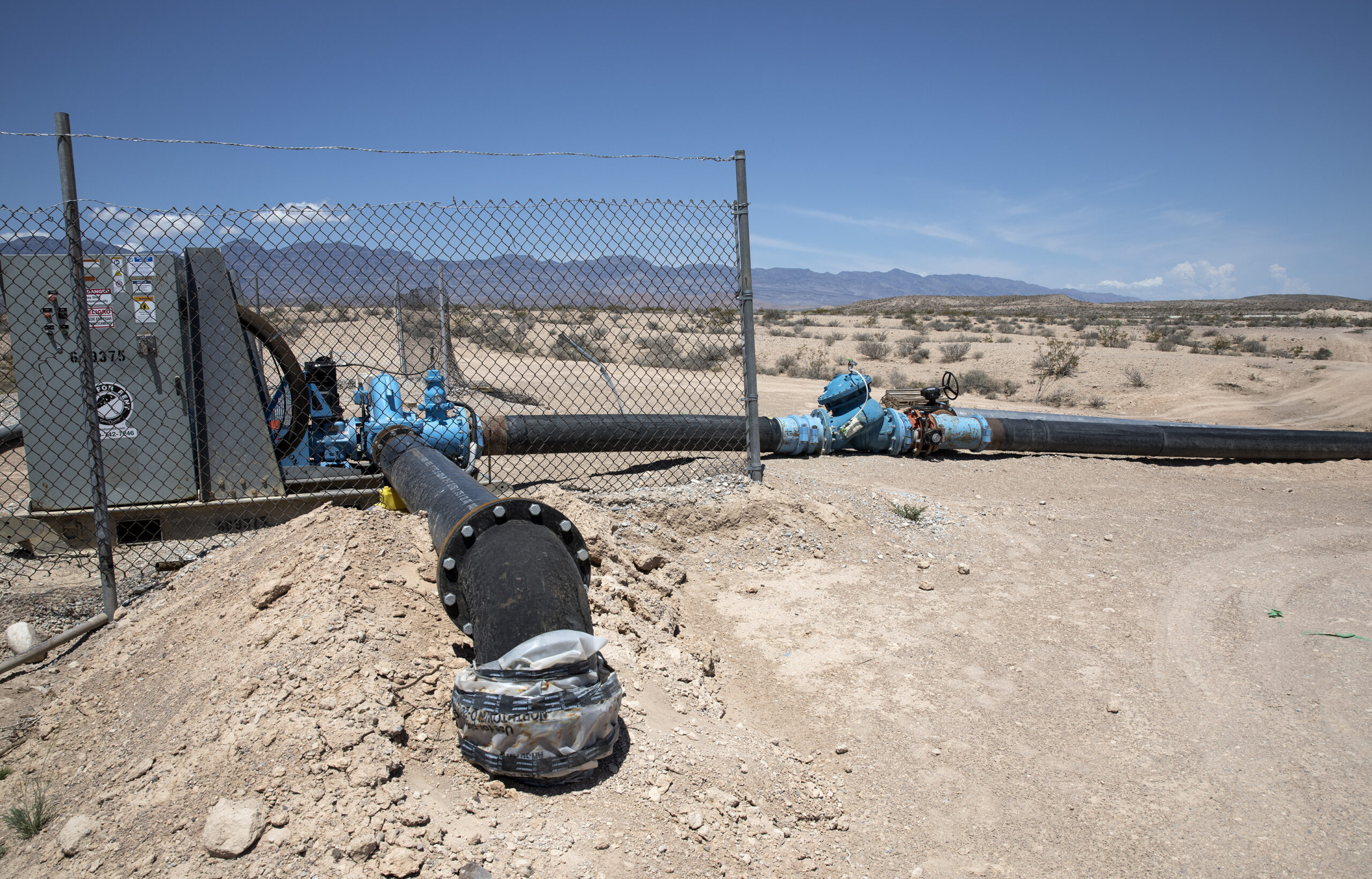 The state’s top water regulator issued a ruling Monday that is likely to have a significant effect on any future development in a large area northeast of Las Vegas, including the construction of Coyote Springs, a proposed master-planned community.

The 66-page ruling effectively places a halt on more groundwater pumping around Coyote Springs. Any additional groundwater pumping, the ruling concludes, could harm sensitive habitat for the endangered Moapa dace and reduce the flow of the spring-fed Muddy River, which feeds into Lake Mead and is credited toward Las Vegas’ long-term water supply.

The Southern Nevada Water Authority, Coyote Springs, NV Energy, the Moapa Band of Paiutes and the Moapa Valley Water District all have a stake in the ruling, which applies to a series of interconnected basins starting outside north Las Vegas and stretching into Lincoln County.

The ruling, which resulted from hearings last year, could be appealed to a District Court.

Over the last century, state water regulators approved more rights to use water in the area than is considered sustainable today. The ruling seeks to fix this by capping annual water use at a maximum of 8,000 acre-feet. Because water users pumped about 9,028 acre-feet of groundwater in 2017, the ruling means it is likely that existing water users will have to take some cuts.

In the ruling, State Engineer Tim Wilson wrote that “the best available data at this time indicate that continued groundwater pumping that consistently exceeds [8,000 acre-feet] will cause conditions that harm the Moapa dace and threaten to conflict with Muddy River decreed rights.”

An acre-foot is the volume of water that can fill an acre to a depth of one foot.

With the ruling, lingering questions remain about managing the new cutoff. The order on Monday stopped short of providing a mechanism for cutting water use. It also did not address how to manage future groundwater use within the confines of Nevada water law, in an area with complicated hydrology and where there are more than 39,500 acre-feet of rights on the books.

Coyote Springs Investments owns a portion of those water rights, and the ruling, at least in part, is a response to the developer’s effort to start building homes about 60 miles outside Las Vegas.

In 2018, the state engineer’s office said it was unlikely to approve subdivision maps for Coyote Springs based on concerns over water. The Las Vegas Valley Water District, which oversees water for Coyote Springs, also expressed concerns about the long-term availability of water.

Coyote Springs sued the state and the water district.

The state engineer began working with water users in the region — culminating in a hearing last year — to rule on how much water could be developed and pumped sustainably from the area.

On Monday, Wilson ruled that one of the key thresholds for determining how much water was available was habitat for the Moapa dace, a small fish endemic to the Muddy River.

Patrick Donnelly, state director for the Center for Biological Diversity, said the ruling was a recognition of the state’s role in enforcing the Endangered Species Act, which protects the Moapa dace.

The order, citing cases in other states, suggests that the state could be exposed to potential liability under the act were it to permit groundwater withdrawals that altered groundwater flows, affecting temperature and impairing the habitat that the Moapa dace rely on for spawning.

At the hearing last year, Donnelly pushed for an even lower cap on water use. He advocated for a 4,000 acre-foot cap on groundwater use, arguing it was necessary to protect dace habitat.

Wilson, however, offered the state the flexibility to reduce the cap in the future “if it is determined that pumping will adversely impact the endangered Moapa dace,” according to the ruling.

Hydrologists who testified at the hearings offered a wide range of estimates about how much water could be pumped sustainably. The experts also disagreed on the fundamental hydrologic model of the basin and the extent to which aquifers were connected, all technical questions that could have an outsized effect on the ability to develop new water rights. The ruling offers some clarity on these issues, but they are likely to be the source of continued debate moving forward.

The Southern Nevada Water Authority, which has groundwater and surface water rights in the area, also argued for a lower amount of groundwater pumping. The water authority advocated for capping groundwater use at about 4,000 to 6,000 acre-feet, according to the order.

That cap — and the cap imposed in Monday’s ruling — is likely to preclude it from tapping into at least a portion of its own groundwater supply in the area. The water authority has rights to at least 11,500 acre-feet of groundwater in the area. But a low cap would protect a potentially more valuable water resource: surface water on the Muddy River that flows into Lake Mead.

Throughout the area and depending on the geology of the aquifer, the removal of groundwater can be closely tied to the reduction of flows in the Muddy River. The water authority has access to about 17,000 acre-feet of water from the Muddy River that counts toward its total supply.

In a press release Monday, the Nevada Division of Water Resources, which is led by the state engineer, said that the order “recognizes the close interconnection among the various sources of groundwater and surface water and the headwaters of the Muddy River.”