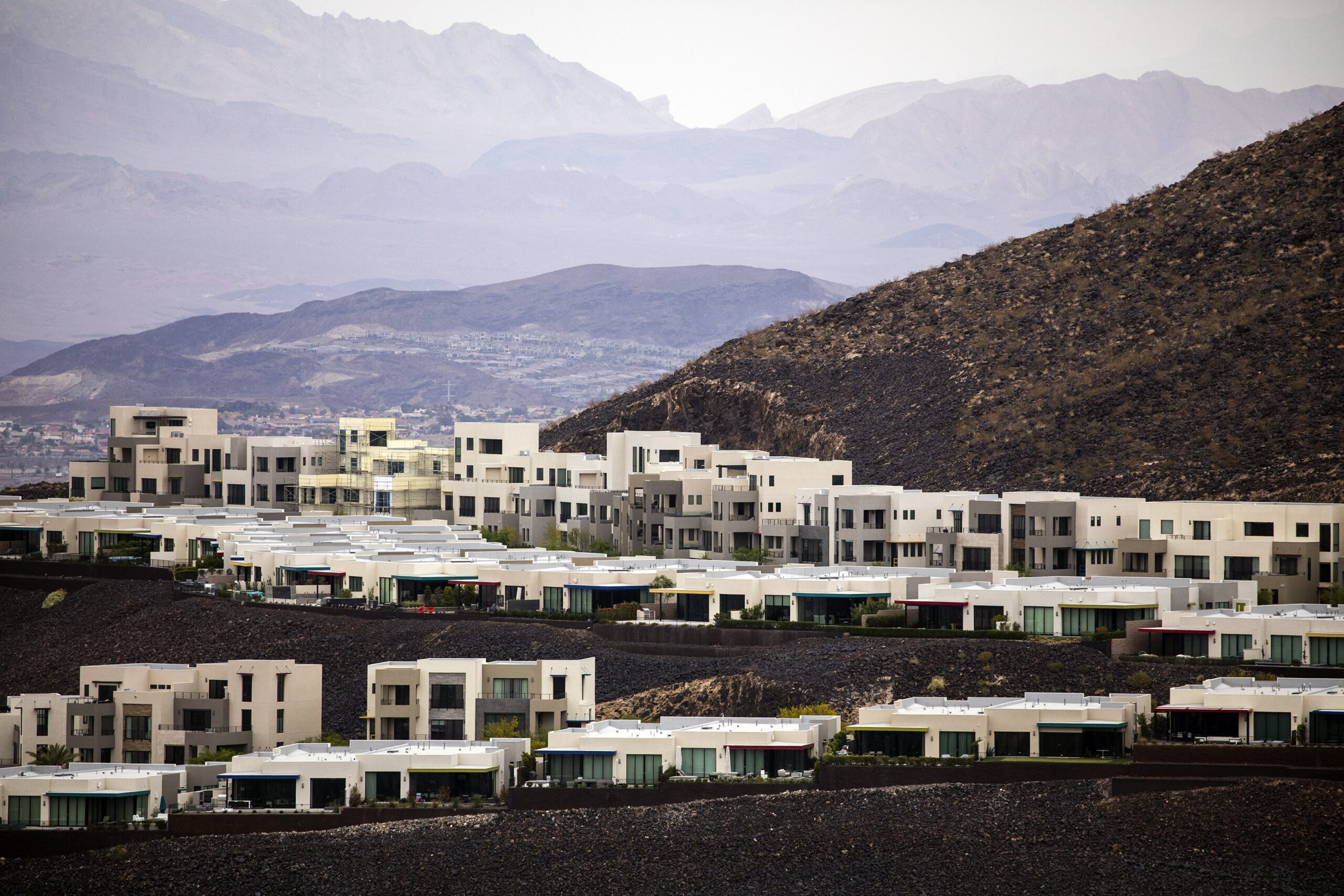 Editor’s Note: This story was updated on Aug. 2, 2022, to reflect new information from Clark County on what homeowners should do if they receive a property tax bill with an incorrect tax rate.

After Clark County homeowners rushed to file corrections for their property tax records in June, county officials are urging patience and say that the assessor’s office is still processing the large volume of modifications.

Officials said the onslaught of corrections stemmed from misinformation spread via Facebook posts and text messages tied to a misinterpretation of deadlines and property tax caps. The misinformation led people to believe they needed to file a correction by the end of June, or face a permanently higher property tax rate.

The county mailed initial property tax bills to residents in the first week of July but warned that the tax bill may still have an incorrect property tax cap percentage.

“If you receive a tax bill with the incorrect property tax cap percentage and you have submitted a correction form, the Treasurer’s Office will send you a revised bill once the updated tax cap information has been processed,” a county spokesman wrote. “If you do not receive a revised bill showing your correct tax cap information by October, please contact the Assessor’s Office.”

For those who may have paid a higher property tax percentage for the previous fiscal year (2021-2022) and submitted a correction form by June 30, 2022, officials said refunds might take place or be applied to current taxes due.

During a June press conference, County Assessor Briana Johnson said property tax increases are capped yearly at 3 percent for primary residences and 8 percent for other property types such as commercial real estate or investment properties. Though residential properties remain subject to a 3 percent tax cap from year to year, if there are any title changes to a property, such as a sale or transfer, the tax cap will default to 8 percent unless a homeowner notifies the assessor’s office otherwise.

“Homeowners have always had the ability to change their tax cap throughout the entire year,” Johnson said. “By statute, yes, June 30 is the deadline. But it is the deadline for every fiscal year.”

Tax caps have been in place since the 2005 - 2006 fiscal year and have always been up to 3 percent for primary residences or up to 8 percent for other property types. Property tax caps are calculated in two ways: taking the 10-year average of the assessed valuation of homes (or how much home prices have increased over the last 10 years) or multiplying the Consumer Price Index (an index that tracks changes in the cost of living over time) by two. The calculations differ on a county-by-county basis. Lawmakers designed the caps to prevent runaway property tax hikes during periods of high housing values.

Johnson said that during the downturn in the housing market, the difference between the caps did not matter much because the tax cap hovered around 3 percent for all property types. There was also a point when all properties had a 0.2 percent tax cap because the market went downhill so fast.

But that is not true for the upcoming fiscal year, which begins July 1 and runs through June 30, 2023. Johnson said the Department of Taxation determined the tax cap will be 8 percent, meaning that primary residences will be experiencing a 3 percent tax and other properties the full 8 percent.

Johnson said homeowners who have not had to worry about what property tax cap bracket they were in because the tax caps were about equal may have started to panic. She said they may have realized they had not informed the assessor’s office that their home is a primary residence.

“The good news is, tomorrow is not the deadline to fix that upcoming tax cap,” Johnson said. “To fix the upcoming tax cap that is 8 percent for next fiscal year or starting July 1, which is next week, you have until June 30 of 2023 to correct that.”

She dismissed rumors that the county’s system had a glitch that inadvertently changed property tax caps.

“If your primary residence is currently at 3 percent, you do not have to do anything. The 3 percent tax cap stays on the parcel for this billing year into future billing years,” Johnson said. “The only way that is going to change is if the property owner does something to the titling of their parcel, meaning they added a spouse, removed a spouse, they put it in a trust."

If a title does change, her office sends out a mailed form prompting a homeowner to share how they use the property. Once a homeowner returns the form, the county updates its records and sends it to the treasurer. The county never assumes a property is someone’s primary residence and is planning to launch a website allowing property owners to submit their property’s status as a primary or investment property online.

For those who are unsure about how to check their property tax cap status, Johnson said homeowners should visit the county treasurer’s website. If a property is mislabeled, the homeowner can contact the assessor’s office by phone or email.

As for the crowds that arrived at the assessor’s office to fill out paperwork, Johnson said she and her staff are doing their best to meet the demand.

“I apologize, of course, for the misinformation that they received, telling them that today is the deadline for the upcoming tax year for the 8 percent when in fact, it is not,” Johnson said. “But I will say that we have created an expedited form. We are handing that form out to everyone and having them fill it out, so they’re not waiting for our associates to try to pull up their information.”