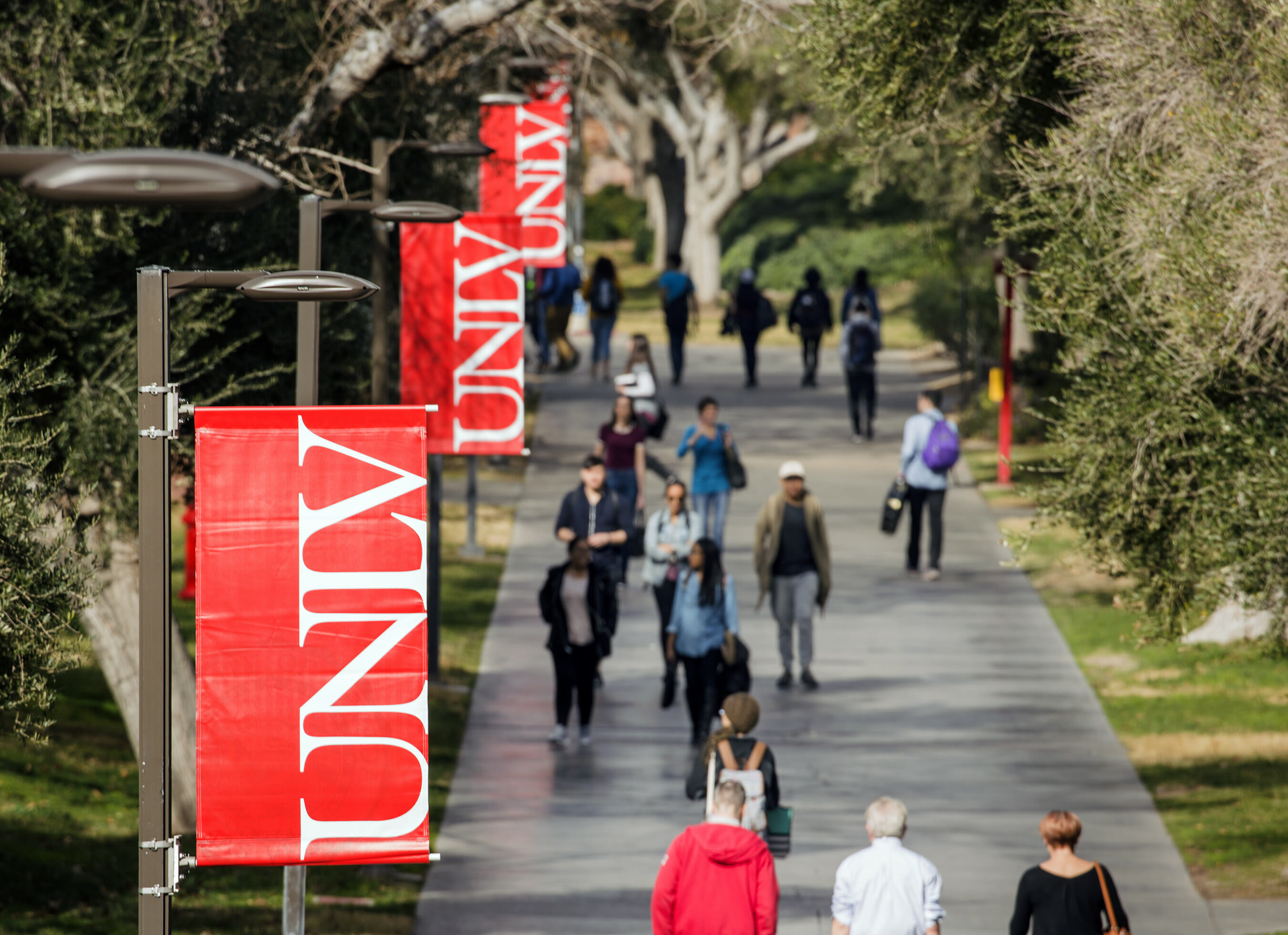 Black Lives Matter movement advocates have called for greater investment in and support for Black-owned businesses since June when protests over George Floyd’s murder errupted across the country, including Nevada.

A new study explores the disparity in Black entrepreneurship in the U.S. created by discriminatory practices and the effects on Black communities, often yielding in insufficient resources and opportunities for growth.

Howard promoted Black entrepreneurship as the most significant step that can be taken to close the racial wealth gap in an interview with The Nevada Independent, “more than education, more than any other pathway to financial mobility and economic mobility.”

This interview has been lightly edited for length and clarity.

Indy: What does the disparity in business ownership rates look like for the Black population as compared to other racial / ethnic groups?

When we think about achieving equity, we think about it from a parity perspective. And that's what I talk about in the (survey findings) article as well, is that parity is where you are on par with the percentage of the population.

What impact does the history of slavery and the Jim Crow laws have on the present day systemic racism and how does it directly affect Black entrepreneurs, financial literacy and the small business loan lending process?

It has a huge impact. Wealth is generational. So when you come out of a system of slavery and then you enter into a very predatory sharecropping social, economic labor — which is again, indentured servitude — you're not able to really generate wealth. And that's what allows you to create a business. That's what allows you to have those reserves when you have things like what we're experiencing now, which we could never predict, but of course, with economic downturn, should have these cushions to weather these external shocks to the economic system.

When you don't have those wealth reserves, inevitably what happens is that these businesses will close. And so this is over several, several generations.

The main thing is that between the emergence of Jim Crow and the end of slavery, we did see a huge surge in business ownership. And because of segregation, African Americans created these communities that thrived. We talk about back Black Wall Street … which was a very successful and financially profitable stretch of businesses in Tulsa, Oklahoma that ended up being targeted and completely destroyed by white residents of Tulsa, Oklahoma. African Americans did not have the resources to rebuild. And of course in that culture of fear, they ended up leaving, never to rebuild again.

Then when we look at the small business loan lending process, an additional survey done by Brigham Young University and several institutes found that the questioning for equally, if not better qualified, African American business owners compared to white business owners or prospective entrepreneurs is very invasive and it's sometimes not even relevant or applicable to getting the loan and they're less likely to get follow ups or callbacks from banks.

If we don't want to extend it all the way to institutional racism, we can definitely say there are discriminatory practices that are in place that hinder African Americans from being able to get small business loans or growth capital in order to be able to thrive, especially in these particular times.

I don't have the numbers yet because the dust hasn't settled, but African American businesses are definitely suffering right now.

Could you provide insight into how these impacts affect Black entrepreneurs in Nevada?

We don't have any hard data just yet … but what we've seen here with Black entrepreneurs in Nevada is that the relationship with your bank really matters. And white businesses owners have really close ties to their banks. The process of going and getting PPP (Payment Protection Program) loans and having access to their bank and getting the information they needed was a lot harder for African American business owners here in Nevada.

They didn’t have the reserves, the business was oftentimes struggling before this economic collapse, or it was just making enough to be profitable and continue operations, but it wasn't making enough to put away the type of capital that you need in order to be able to sustain yourself within these particular times.

How do the disparities in Black business ownership affect Black families and communities?

If you don't have any type of minority businesses in the community, it’s harder for people to acquire the goods and services they need.

I wrote another paper about this during my fellowship on Black health and Black wealth that really came full circle for me. I was like, okay, that's why we have food deserts, that's why COVID is disproportionately affecting our communities, because there are not enough Black businesses that are in these communities because they don't get loans to open these businesses because these are not wealth-generating or profitable for banks to open.

Then you end up not having enough or you have very low quality businesses in there that fill in as backup. There are not enough grocery stores, not enough healthy food options for African Americans. That's really where we see the most negative impact in not having a diverse set of Black entrepreneurs in the community that really allows a community to grow and thrive and invest in the community.

Economically it doesn't lead to investment in our communities, but it also really leads to other health factors, health disparities that end up affecting a broader spectrum than just the economics of it.

I can send this into education, too — if you don't have investment in the community, you don't have kids that have proper nutrition. Well, they don't thrive in school. And then it becomes another educational issue. So it's all interconnected, it's all related. I don't think it starts with Black entrepreneurship, I think that's part of the puzzle piece.

How are Black entrepreneurs navigating the uneven ground of growing their businesses?

I had the opportunity to meet with Black entrepreneurs, young tech entrepreneurs and they were the most interesting because they were starting to use and accept cryptocurrency, which … to me is so wonderful. They're ahead of the game. They take cryptocurrency because they don't have to deal with slow processing times to get your money and you can then expand your business internationally.

They're also using crowdsourcing and crowdfunding to start their businesses and just circumventing banks completely. So this is a generational thing that they are really working the digital divide … and finding these innovative ways in which to overcome some of the barriers that they face. They're just not deterred.

Another thing is that a lot of them do not have physical businesses. I think a lot of them would still be in business because so many of their businesses are already selling goods online, selling consulting services online, doing a lot of things that do not require in person transactions and that allows them to continue to thrive in this particular situation where we can't have in-person interactions anymore.

What methods or strategies can large banks use to help bridge this gap?

Well the two big things they could do is really work with HBCUs (Historically Black Colleges and Universities) and Hispanic serving institutions and other minority serving institutions to develop entrepreneurial centers … which are affiliated with [the college or university’s] business program that is training young Black Americans to become entrepreneurs. If you create a generation of entrepreneurs, you will have entrepreneurs and you go where they are, which is in the schools.

The other one is a CDFI, which are community development financial institutions. There's already a long history and a deep relationship between banks and CDFIs. And the only criticism I have for CDFIs is that oftentimes — again, this is what happens when you don't start off with the right  equitable resources — minority-owned CDFIs are not usually very big. They're not usually very sophisticated and intact in the ways that larger predominantly white CDFIs are. So when they go in and try to invest in a community they're oftentimes outbid, so they don't get to invest in that particular opportunity.

So my argument was that banks can specifically target CDFIs that have a leadership structure that has minorities on the board or that are run by minorities who would usually and generally have a closer relationship with the community and who are already invested in the community and [banks] can help support and grow these particular CDFIs.

I continued to maintain a relationship with the vice president of Bank of America over in the DMV region of (Washington) D.C., Maryland and Virginia and that’s what he’s working on — really making sure that their next initiative targets CDFIs of color. I’m just happy to see that they are taking it seriously.

How can it also be in the banks’ best interest to invest in Black entrepreneurs and communities of color in general?

I think it’s always in the interests of banks to invest in Black entrepreneurs and communities of color, but traditionally it has not been considered a good investment because the rate of return on the investment is low.

But you have to be expansive in your thinking to see, okay, if I (banks) invest in this grocery store in a Black community, it may not give me a high rate of return. However, if this grocery store has a bank branch in here that then allows these individuals who live in this community to open checking accounts, saving accounts, to then begin to develop a relationship with this bank, then out of those individuals, we may get maybe five or 10 or more individuals who now may want to start a business at some point. So they start a business and they come back to this bank for a small business loan later on.

It's all about building long-term relationships … That's the whole point of the CDFIs, but banks could actually serve this role. They just weren't willing to take the risk. And I think they're beginning to see the success of CDFIs and that they can fill a role. There's a more expansive relationship that can be built in these communities that will lead to a rate of return because I understand banks are in it to make money and they have to make money and if they don't make money, then they end up going out of business and that doesn't help anybody. There are ways for them to invest in these communities and make money.