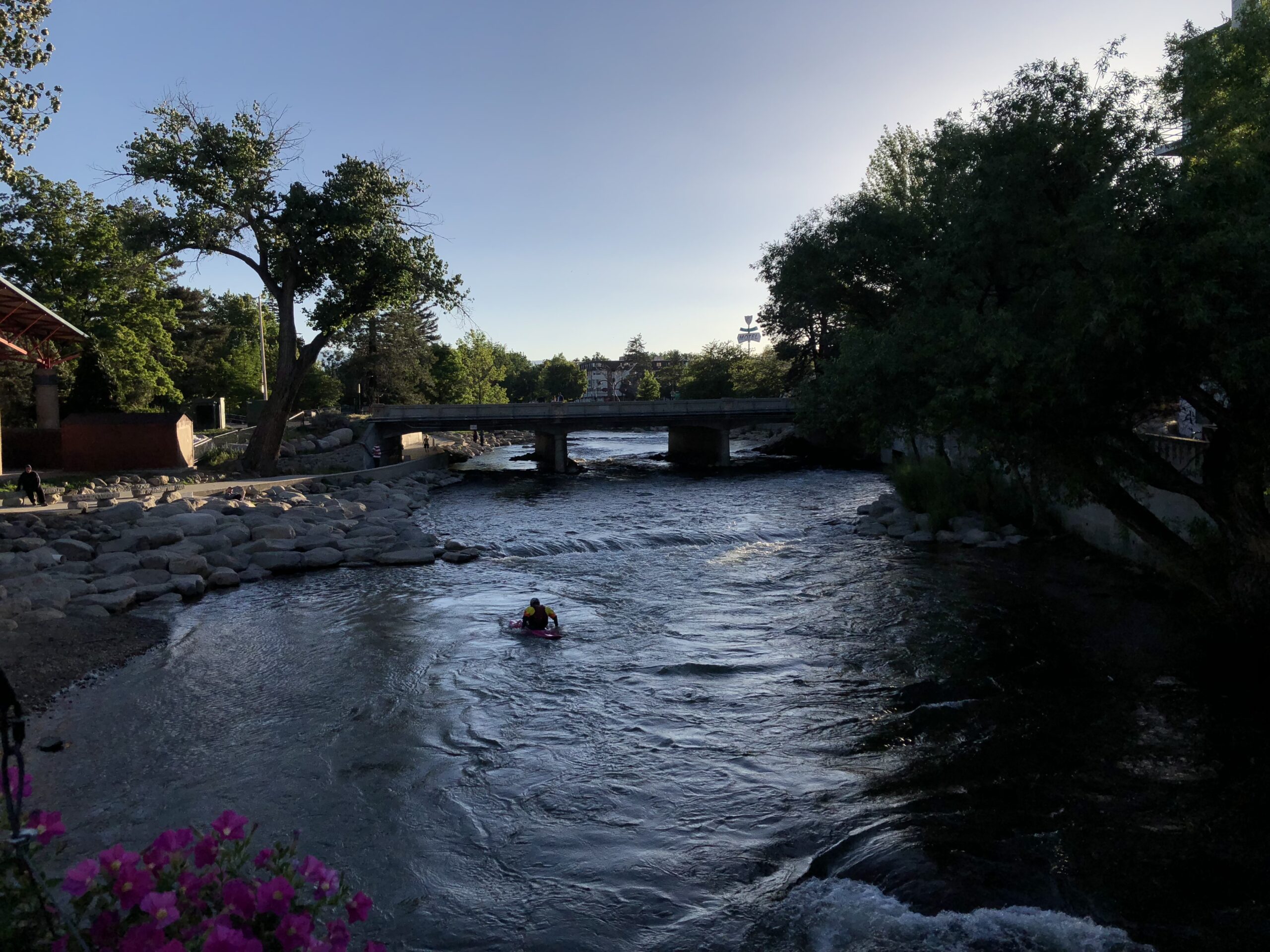 When it comes to natural resource policy, expect to be hearing more about climate change under Gov. Steve Sisolak’s administration, Brad Crowell, the governor’s top adviser on public lands, water and wildfire, said during a recent episode of the IndyMatters podcast.

“I think you’ll see from this administration more leaning in on addressing climate and energy problems,... focusing on clean energy, focusing on reducing emissions,” he said. “The prior administration has set the stage very well for Gov. Sisolak to lean even further in that direction.”

Gov. Brian Sandoval appointed Crowell to lead the state’s Department of Conservation and Natural Resources (DCNR) in late 2016. During the Sisolak transition, Crowell, who worked as an assistant energy secretary for the Obama administration, was asked to stay on.

His department, one of the largest cabinet agencies in the state, is responsible for all natural resource issues, except wildlife, energy and agriculture. The department plays an important role in how the state manages water, wildfires and the Greater sage grouse, an imperiled bird that has come to symbolize the tension between development and conservation on public land.

On Monday, Crowell sat down with The Nevada Independent for nearly an hour to discuss some of these issues and how the dynamics around them might change under a new administration.

For the most part, Crowell said the Sisolak administration plans to stay the course. But he noted that there could be changes around the state’s water policy during the next four years.

“We’re the driest state in the nation, and we’re also one of the fastest growing states in the nation,” Crowell said. “Those two facts make it very challenging to manage our growth and our water resources at the same time.”

Last Friday, the state’s top water regulator, Jason King, retired after two decades with the state. The state water engineer is responsible for issuing water rights, settling disputes over existing claims and signing off on subdivision maps. Although Crowell has appointed an interim state engineer, he said that the governor has not settled on a plan for after the legislative session.

Per Nevada statute, the state’s top water regulator is required to be an engineer. Some water users have floated the idea of broadening the criteria, through legislative action, to make it possible for a hydrologist or lawyer to serve in the position. Crowell said the department did not have a formal proposal at this time, but that having “flexibility generally” would help the state.

“I sometimes joke that the Division of Water Resources should be named the Division of Water Litigation because the majority of time that the division spends is on adjudications and litigation, yet the vast majority of the employees within the division are engineers,” he said. “I’m not saying that the state engineer should be a lawyer. But the scope of what the state engineer has to cover is often outside the scope of what an engineer’s background usually entails.”

Decisions by the state engineer often end up in court. In only the past few years, the state has found itself embroiled in litigation from Pahrump to Eureka. The result is that local judges and the Supreme Court have played a significant role in interpreting Nevada water law and setting policy. Nevada’s law is modeled on Western water law, a system developed in the late 1800s to organize claims to water — what was recognized, even then, as a limited resource.

“The problem is that we’re getting to a point now where the courts and the judicial branch in Nevada are starting to make and set water policy through the vector of litigation, rather than having that done through the state engineer’s office or the Legislature,” Crowell said.

The state has already proposed three bills that would tweak Nevada water law. The bills aim to rein in speculative water rights claims, align regulations with new watershed science and offer a way for developers to mitigate conflicts with other claims. Environmentalists, ranchers and rural communities are concerned that the mitigation bill — Assembly Bill 30 — favors large-scale developers, from mining companies to homebuilders, and urban centers like Las Vegas.

For years, state officials have been forced to grapple with how to conserve the Greater sage grouse and prevent it from being listed under the Endangered Species Act, a move that would cripple rural economies across its range. The sage grouse, a large bird known for its flamboyant mating ritual, traverses a habitat that includes most of Northern Nevada and 10 other states.

In 2015, a bipartisan group of Western governors entered into an agreement with the Obama administration to enact state-based conservation plans in exchange for deferring a federal Endangered Species Act listing until at least 2020, when the issue will be revisited.

Earlier this year, an action from the Trump administration threatened Nevada’s conservation plan. In December, the Sandoval administration secured an exemption to continue requiring land developers to pay for sage grouse conservation, even though it would require the state’s involvement in permitting on federal land to avoid a sage grouse listing in 2020, Nevada and other Western states need to prove to the federal government that their plans are working.

“We can’t manage the sage grouse — and the protection of the habitat — without the cooperation of the federal agencies,” Crowell said. “And primarily that’s the Bureau of Land Management and the Forest Service. So whatever plan [we] come up with… [has] to have the cooperation and good working engagement with those federal agencies, otherwise [it’s] just not going to work.”

Crowell said that the most important way to conserve sage grouse was to focus on restoring its habitat: sagebrush. The species is very sensitive to land disturbances, and even small changes in its ecosystem can devastate its ability to mate, hide from prey and find food.

“We don’t currently fund our Division of Forestry in a way that reflects our wildfire realities,” Crowell said. “It is basically funded through $5 million every two years, which is laughable in the context of what it takes to fight fires… Nevada will always rely on its federal partners but we can and should be doing more within the scope of our state authorities.”

As a result, the Division of Forestry ends up seeking supplementary funding from the Interim Finance Committee (IFC) to keep up with the demands of increasingly aggressive fire years.

“There was [a] tacit agreement to underfund the forestry division, but that when we had high-activity fire years, they would come back to the IFC and get supplementary appropriations,” he said. “That’s not a great way of doing business, especially when it’s a given that you are going to have to come back and ask for more money because the initial funding level has been so low.”