IndyMatters: How Nevada preps for earthquakes before the shaking starts 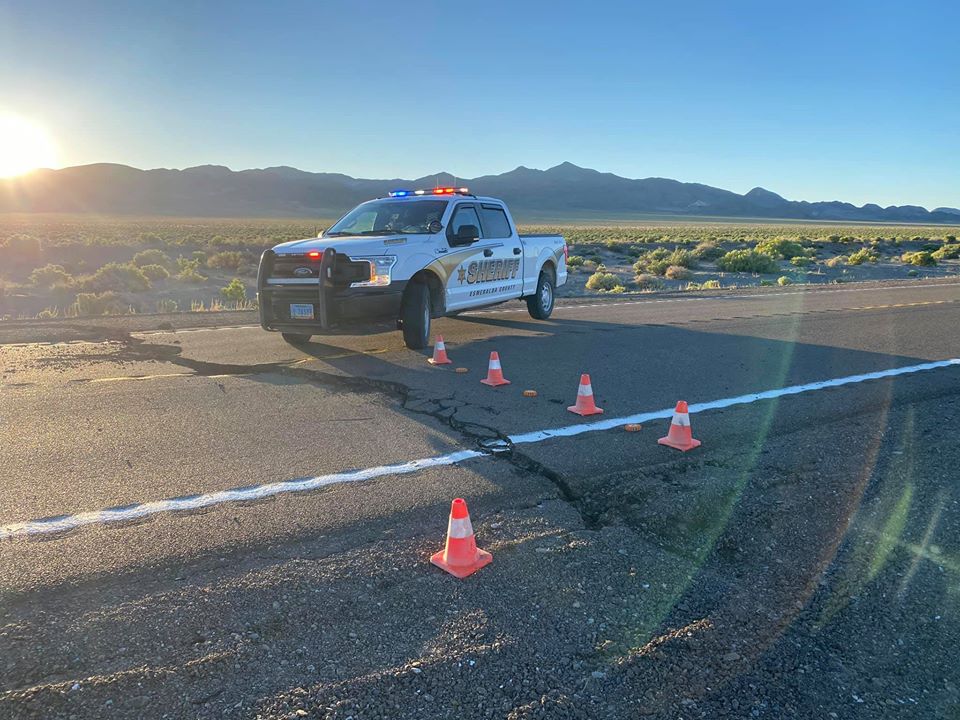 Sudden shaking put a temporary pause on an otherwise normal day at the Legislature last May.

VIDEO: The Nevada Senate Committee on Finance was hearing a bill about expanding Medicaid coverage when this morning's earthquake hit near Carson City. #8NN pic.twitter.com/DnJeaYsEZp

Nevada is no stranger to earthquakes, being the third most seismically active state in the U.S. One particularly active area is the Walker Lane, an area of disorganized faults that runs through western and southwestern Nevada and was the origin of the earthquake that shook the Legislature in May 2021.

"That's a really interesting part of the tectonic setting of western North America," said James Faulds, the state geologist and director of the Nevada Bureau of Mines and Geology in an interview for the IndyMatters podcast in January. "It's actually accommodating around 20 or 25 percent of the motion between the Pacific and North American plates."

Underneath the surface, Nevada is undergoing what's called crustal stretching. According to Faulds, the state is adding several acres of land every year, and with that growth comes seismic activity, typically in the form of earthquakes.

While lawmakers and lobbyists were able to quickly laugh off the brief interruption in May, experts hope Nevadans don't take for granted how dangerous quakes can be and how to prepare if a large one hits. Between 1850 and 2001, 62 earthquakes at or above a 5.5 magnitude on the Richter scale have hit the state, including three greater than a 7.0. Earthquakes at that magnitude are potentially destructive.

Janell Woodward, as the state hazard mitigation officer, helps prepare Nevada for natural disasters. She works to coordinate the process of retrofitting buildings, which means updating them to better endure the shaking of an earthquake.

"So if somebody was replacing their roof, they might want to do a retrofit at the same time," said Woodward. "A lot of the retrofitting is bracing, but they might be replacing some windows too."

Woodward said there are a lot of factors that come into play when determining whether to check a building for damage after an earthquake. If the quake measured stronger than a 6.0 magnitude, the state expects to do some inspections.

Some of the biggest dangers to the public are a lack of awareness and preparedness around earthquakes and other natural disasters, according to Woodward. Large earthquakes occur so infrequently in a person’s lifetime that in the stress or surprise of the moment, they might forget to duck and cover and stay indoors.

Earthquakes and other natural disasters such as floods and fires can also substantially affect areas with only one road in and out. Those supply lines are vital so emergency vehicles can help people and supplies reach those who need them.

Oftentimes, people don’t have enough food, water and supplies on hand if they are left without basic utilities in the immediate aftermath of an earthquake.

"Being two weeks ready just gives you that padding for any type of a big event," Woodward said.

Earthquakes are in the top three hazards the state is watching for every year, along with fires and floods, according to Woodward. Building damage is always a primary concern when an earthquake hits. The amount of damage, if any, depends on factors such as the size of the earthquake, the type of motion and the proximity to the epicenter.

The difference between earthquakes and fires and floods is frequency — fires happen every year in Northern Nevada, and while floods don't happen every year, they occur more frequently than major earthquakes. This infrequency means funding for earthquake readiness and preparation may not be a priority for state and federal lawmakers.

Much of the state’s efforts on earthquake retrofitting and preparedness involve checking with counties about potentially dangerous buildings.

"Our larger counties have done this already, but [we want our counties] to take a survey of the building types. Do we have unreinforced masonry buildings, which are the more unsafe buildings? We need to know where those are so that if something happens, we know where to respond to," Woodward said.

Many of the older buildings in the state are in rural areas, which can see serious seismic activity depending on their location. Tonopah experiences earthquakes large enough to feel regularly, including one in 2020 that caused massive cracks in the road.

Earthquakes in rural Nevada can come from many different faults, but some are more active than others. The Walker Lane area poses a risk, but it isn’t the biggest fault or even the most active — it is just one of many seismically active areas in Nevada. There are many faults and areas where earthquakes occur regularly in the state.

The San Andreas Fault, while not in Nevada, is the other major fault in the Western U.S. It’s a continuous line that stretches from east of San Diego up past San Francisco and accounts for a majority of the seismic motion felt on the West Coast.

"The Walker Lane is a lot less organized than that [the San Andreas]. It's a system of disorganized faults … it just hasn't meshed into one continuous fault. This makes things a little more complicated in terms of predicting seismic hazards," Faulds said.

While the likelihood of an earthquake that could cut people off from food and water and other supplies is lower than one that will just knock a book off the shelf, that doesn’t mean it can’t happen. Experts advise brushing up on earthquake preparedness plans online.