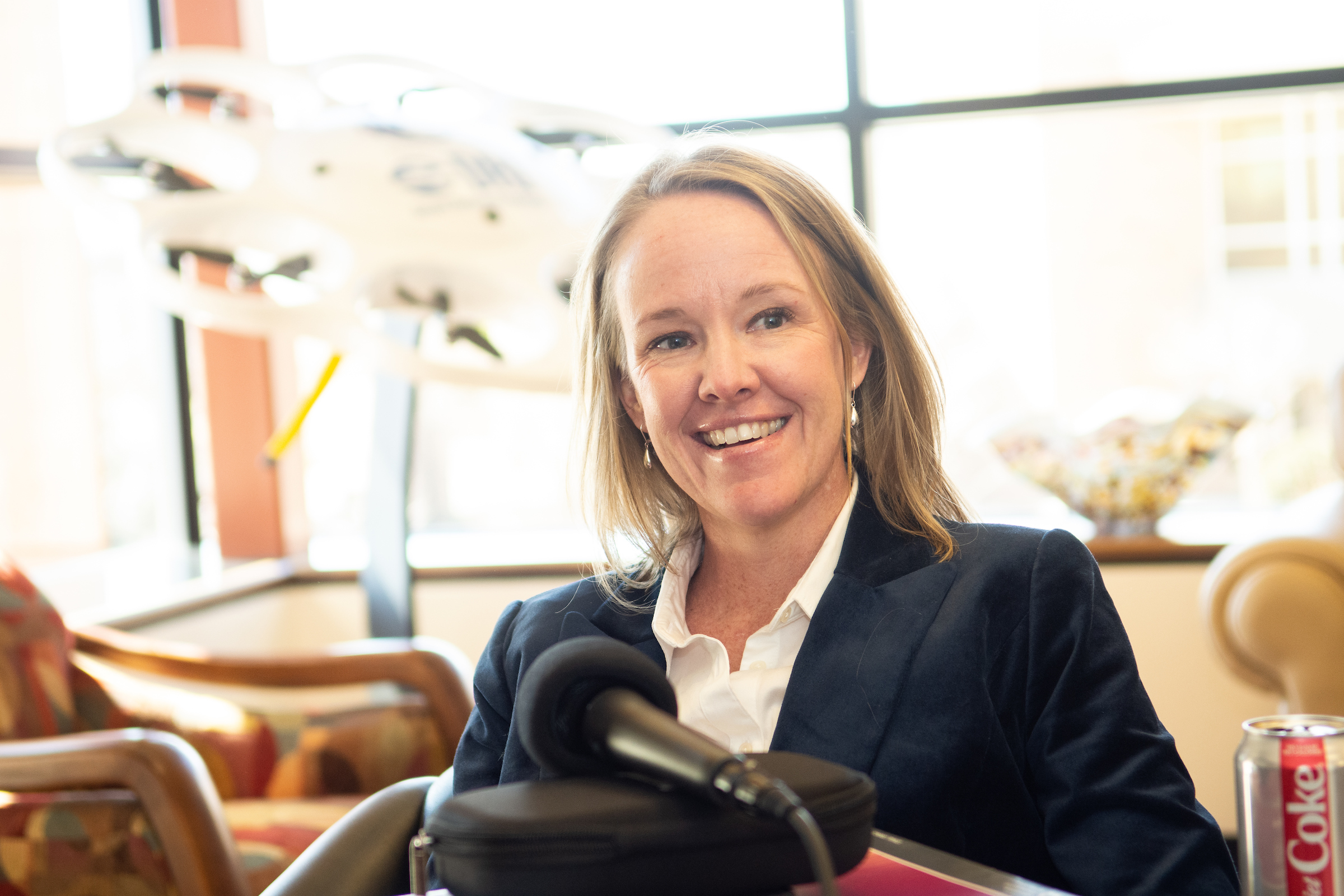 When Desert Research Institute President Kristen Averyt talks to people about her work, she often hears responses that her organization is a “hidden gem” or the “best kept secret” in the Nevada System of Higher Education (NSHE). During an interview last week for The Nevada Independent’s podcast IndyMatters, she said that was something she wanted to change.

“Everybody loves being called best or a gem but I’m not so crazy about hidden and secret,” said Averyt, who became president in July 2017.

DRI, which marks its 60th anniversary this year, focuses on researching environmental science from evaluating snowpack to tracking climate patterns. Although graduate students sometimes work with DRI, the research institute does not offer Ph.D. degrees. That’s another thing Averyt said she is open to changing, a move that would likely require legislative action.

“We can really bring value to higher education, and I think we can do it in a more meaningful way,” she said from her office at DRI’s Reno campus.

Averyt, who came to DRI from Boulder, Colo., has experience as a climate scientist, focusing on marine issues and water policy. She participated in the IPCC Fourth Assessment Report and was one of the scientists who shared a Nobel Prize in 2007 with former Vice President Al Gore. Averyt has also worked on Colorado River issues at the University of Colorado, Boulder.

In the interview, Averyt laid out some of her goals for the institution and talked about a wide range of issues, from climate change to how research could be better applied to environmental decision-making across Nevada.

DRI, Averyt said, is engaged in research looking at long-term and short-term climate change, where the impact of human-caused warming is clear. Researchers with DRI have looked at ice cores from Greenland to map out long-term climate trends. At the same time, other researchers are looking at more immediate trends through the Western Regional Climate Center, which provides contemporary climate data for the 11 contiguous western states.

Averyt conceded that it can be difficult to communicate climate change. She contrasted it with her early scientific inquiries about the ocean while growing up in San Diego. The ocean was there. “It’s right in front of you,” she said. It was easy for Averyt to ask questions about it since she could visualize it. She contrasted that to climate change, which is often hidden in plain sight.

“I think climate change can be very abstract,” she said.

But as climate impacts become more apparent, she said that is starting to change.

“We’re now at the point where it’s easier to connect messages around climate change with [people], because they're seeing the changes on the ground,” she said.

Averyt listed off some of the climate change impacts that Nevada is experiencing. She noted that temperatures in the last century have risen by about two degrees, wildfires have become more extreme and changes in snowpack are creating a more variable water supply

“We can expect more impacts as we move forward,” she said.

Most of all, she said climate change is injecting more “risk” into environmental decisions.

“A lot of people talk about climate as bringing us into a ‘new normal,’ and I don’t think it’s a new normal,” she said. “Even though we might have a good idea of where we might be in the long term, with respect to a change in climate and where it might be taking us, we don’t know about the wiggles and wobbles in our climate and our whether that might happen between those points.”

DRI’s role in the state and Ph.D.s

DRI, she said, could help planners prepare for that risk.

Separate from climate change, Averyt emphasized the importance of working with groups on the ground to tackle questions in a variety of areas that require applied science.

She cited the modeling on the Humboldt River as a good example of where DRI is bridging what often is a divide between scientists, policymakers and their constituents. The research institute is working with the U.S. Geological Survey to help the state create a model for the Humboldt Basin, a watershed that is the subject of ongoing litigation and proposed state regulations.

“It’s not just DRI scientists going out, doing some modeling and coming back and just handing off the models and leaving,” Averyt said. “The work in the Humboldt is incredibly important because it’s been a connection between the stakeholders and the scientists.”

Researchers at DRI do not receive tenure and most of their projects are funded by grants. About 78 percent of the institute’s funding comes from grants or contracts, Averyt said. The remaining amount comes from the state and some private funding.

She said she wants to work on diversifying DRI’s revenue by expanding philanthropic donors, foundation funding, marketing intellectual property and collaborating more with the state.

“Where can we help [the state] these assessments, and help them with some of these sticky questions where they might need a science based solution,” she asked.

Most notably, Averyt said that she was contemplating moving the research institute to a place where it could confer Ph.D. degrees, although she did not elaborate on the topic.

She said the move would help DRI contribute to the Nevada higher education system in a more “meaningful” way.

At one point before the Great Recession, Averyt said that DRI had more hydrologists than any other institution in the country. The research institute still employs many hydrologists, but she said it was “one of the programs that we’re really looking to build out.”

“And one of the things that we're considering here at DRI is what can we bring to the table thinking about water and our state in a new way,” Averyt said.

She said that a move to focus on water would center around Nevada, rather than looking at issues like the Tahoe Basin or the Colorado River as an extension of “other states' thoughts.”

“Really focusing on Nevada,” she said. “Not as a corollary to California’s thoughts around Tahoe or other states' thoughts around the Colorado River,” she said. “But what are the unique issues to Nevada that we can help to really crystallize around and really help with decision-making?”